(WorldKings.org) Over the years, we've seen bike lights/turn indicators incorporated into wearables such as helmets, backpacks, gloves and jackets. The Flasher system takes yet another approach, by fastening the things around your arms.

Designed by an Austrian startup of the same name, Flasher simply consists of two snap-on one-size-fits-most armbands. Each band contains a total of 24 Cree LEDs located both in the articulated silicone cuffs, and the front and back of the main rigid module. Users press a center button on that module to select one of four operating modes. 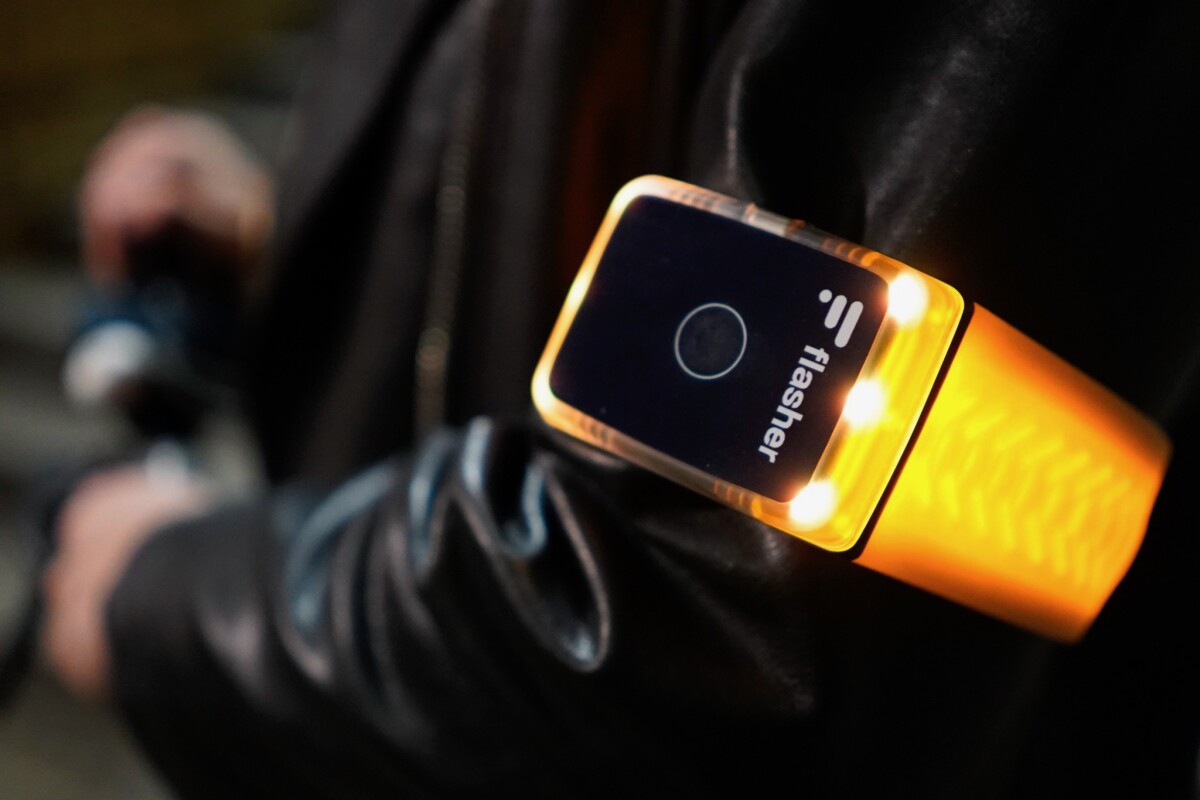 In Night mode, the front LEDs steadily illuminate white (serving as "be-seen" headlights), the rear LEDs steadily illuminate red (serving as tail lights), and all the LEDs on one band will start flashing amber when the rider jerks the relevant elbow forward – indicating that they're about to turn in that direction. The rider's hands are able to remain on the handlebars while they're making that gesture, plus the band will vibrate as it's signalling.

Additionally, if the bike suddenly decelerates, accelerometers in both armbands will cause all the LEDs to illuminate red, serving as brake lights. 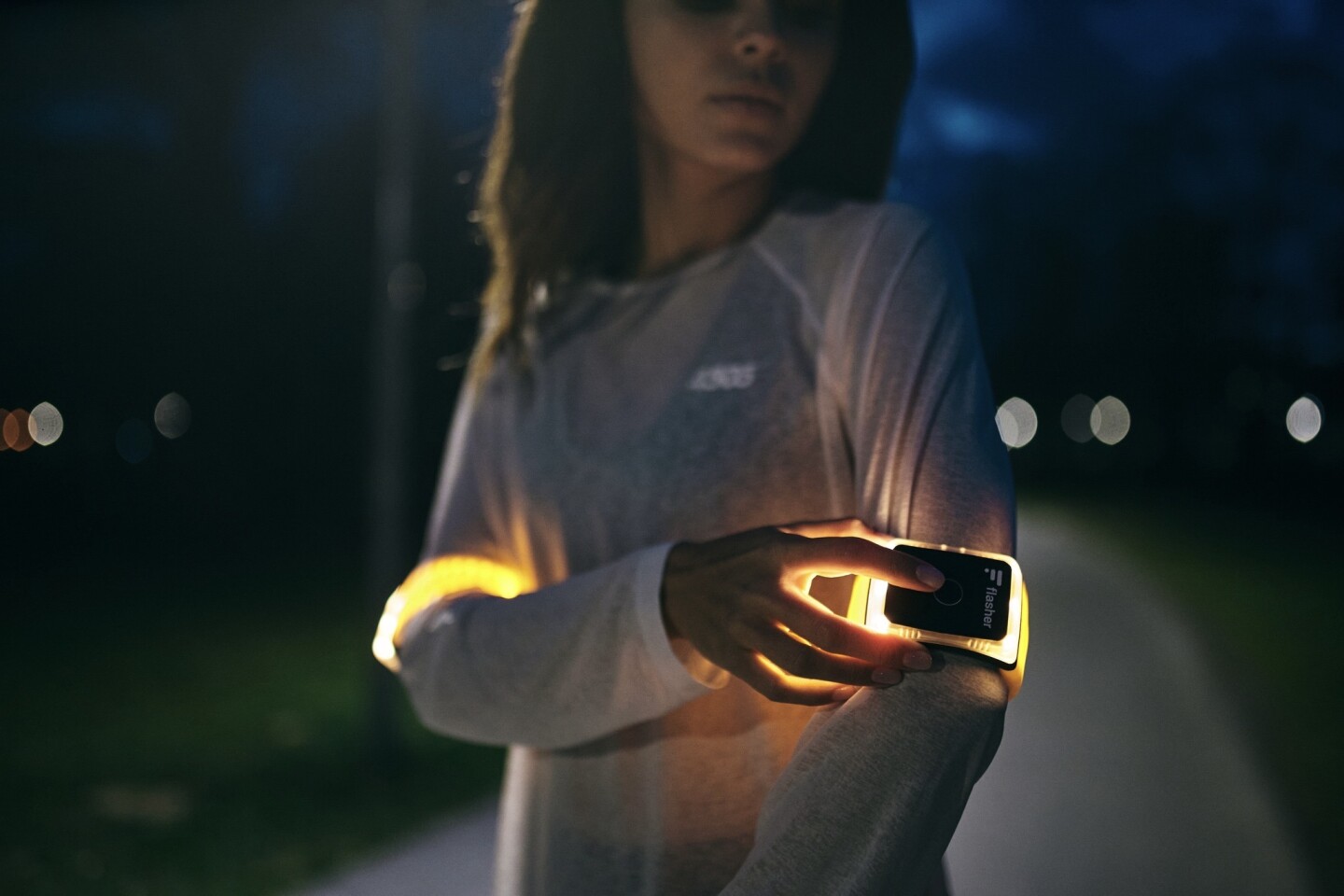 According to the company, one 1.5-hour charge of the armbands' 700-mAh lithium batteries should be good for up to nine hours of runtime in Night mode, or 19 in Day mode. And rain shouldn't be a problem, as the bands are water-resistant. 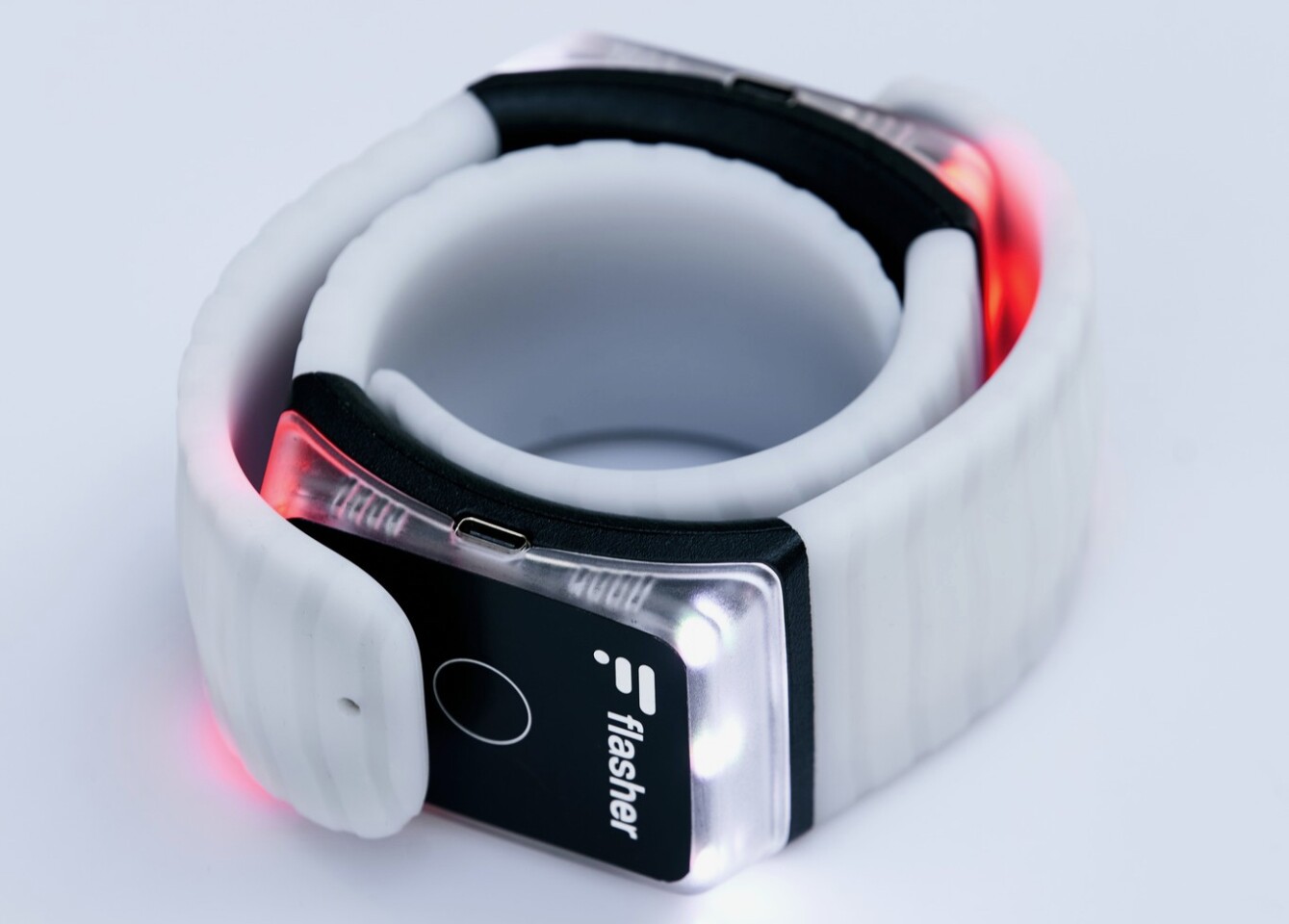 Should you be interested, Flasher is currently the subject of a Kickstarter campaign. Assuming everything goes according to plan, a pledge of €149 (about US$157) will get you a pair of the armbands – the planned retail price is €219 ($231). 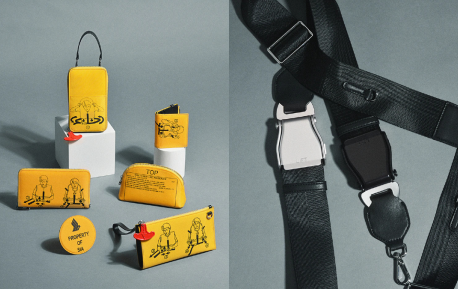 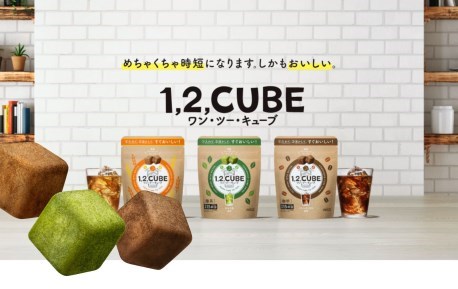 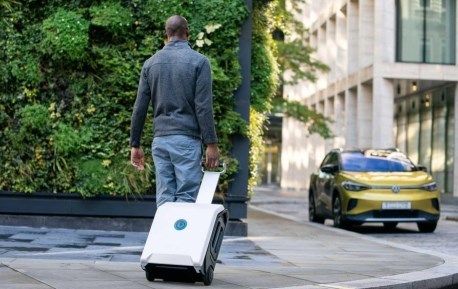 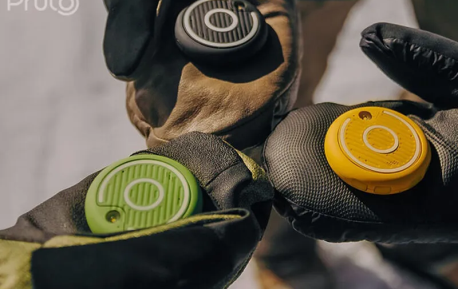 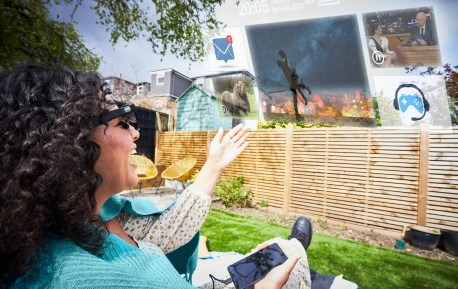