[WORLDKINGS] Top 100 famous Artworks in the World – P89. The sculpture "The Well of Moses" by artist Claus Sluter, Netherlands.

(Worldkings.org) - The Well of Moses (French: Puits de Moïse) is a monumental sculpture recognised as the masterpiece of the Dutch artist Claus Sluter (1340–1405/06). It was executed by Sluter and his workshop in 1395–1403 for the Carthusian monastery of Chartreuse de Champmol built as a burial site by the Burgundian Duke Philip the Bold just outside the Burgundian capital of Dijon, now in France. 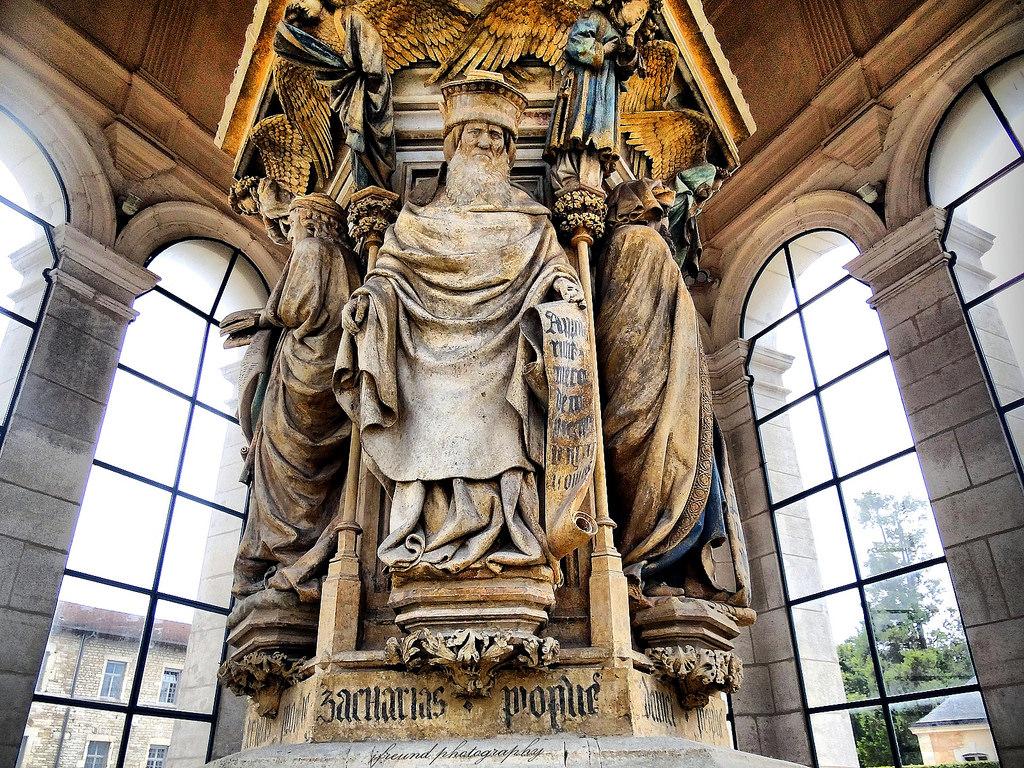 The work was executed for Philip, in a style combining the elegance of International Gothic with a northern realism, but with a monumental quality unusual in either. It was carved from stone quarried in Asnières, near Dijon, and consisted of a large crucifixion scene or "Calvary", with a tall slender cross surmounting a hexagonal base which was surrounded by the figures of the six prophets who had foreseen the death of Christ on the Cross (Moses, David, Jeremiah, Zachariah, Daniel and Isaiah). Standing on slender colonnettes on the corners between these prophets are six weeping angels. All the figures, including the lost Calvary group, were painted and gilded by Jean Malouel, and some of this paint remains. Thanks to the survival of the ducal accounts, the commission and ongoing work is unusually well documented. It was traditionally assumed that the Calvary scene would have included the Virgin Mary, Mary Magdalen, and St. John, though recent research (based on a close reading of the archives and an examination of the fixing-points on top of the base) suggests that there was only one figure, the Magdalen, embracing the foot of the Cross. 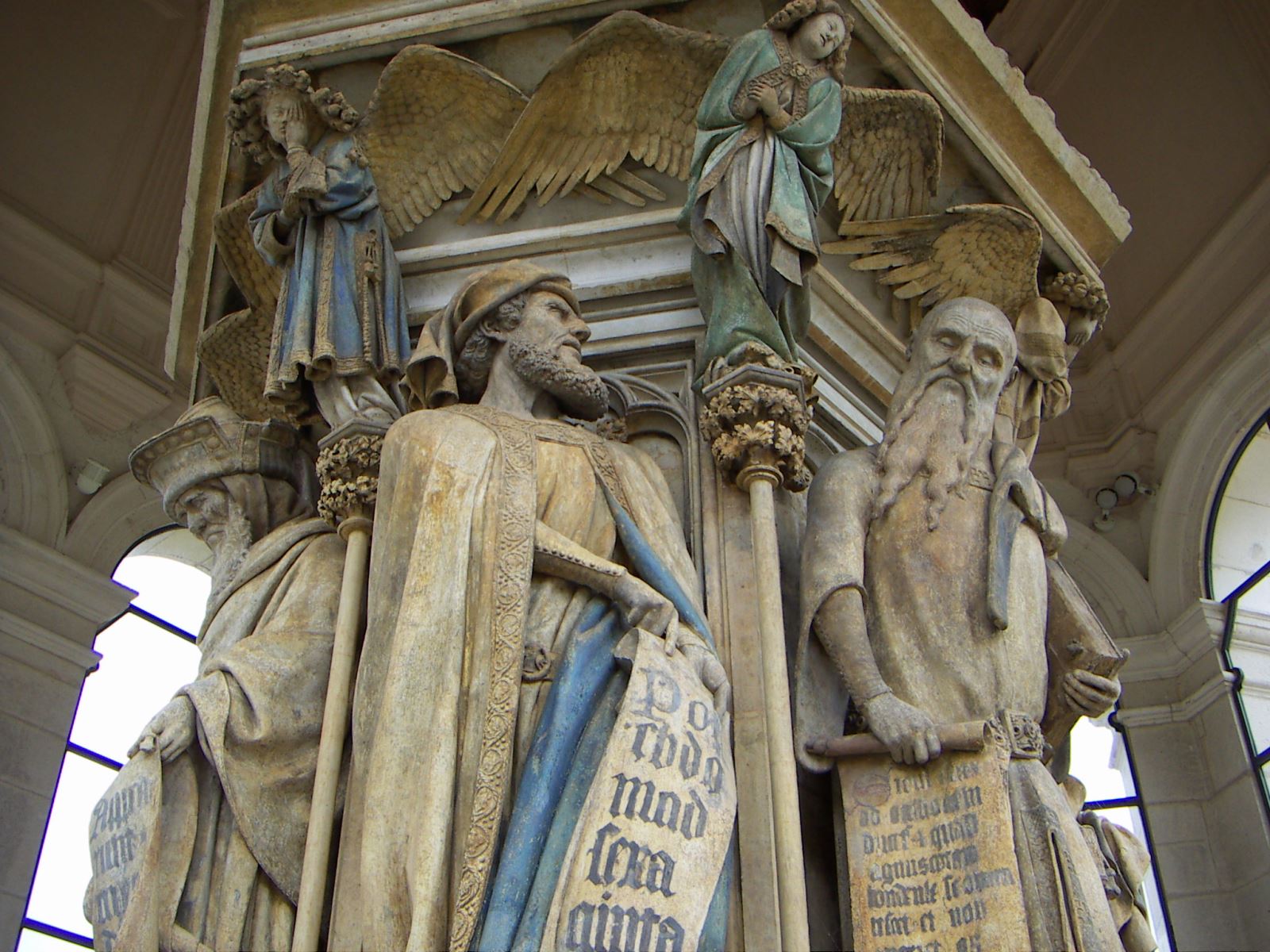 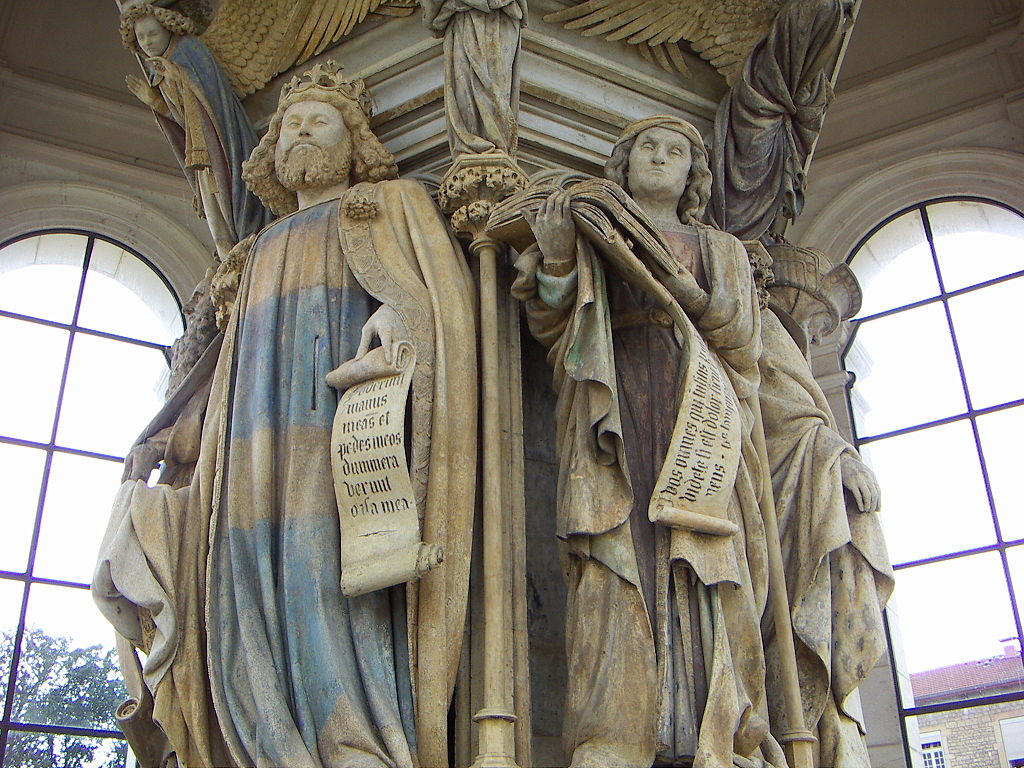 The structure originally consisted of four elements: the well itself around four meters deep and fed by water channelled from the nearby river Ouche, the hexagonal pier, sunk in the center of the well (adorned with the prophets and angels), a terrace measuring 2.8 meters across sitting atop the pillar, and the cross which rose from the center. 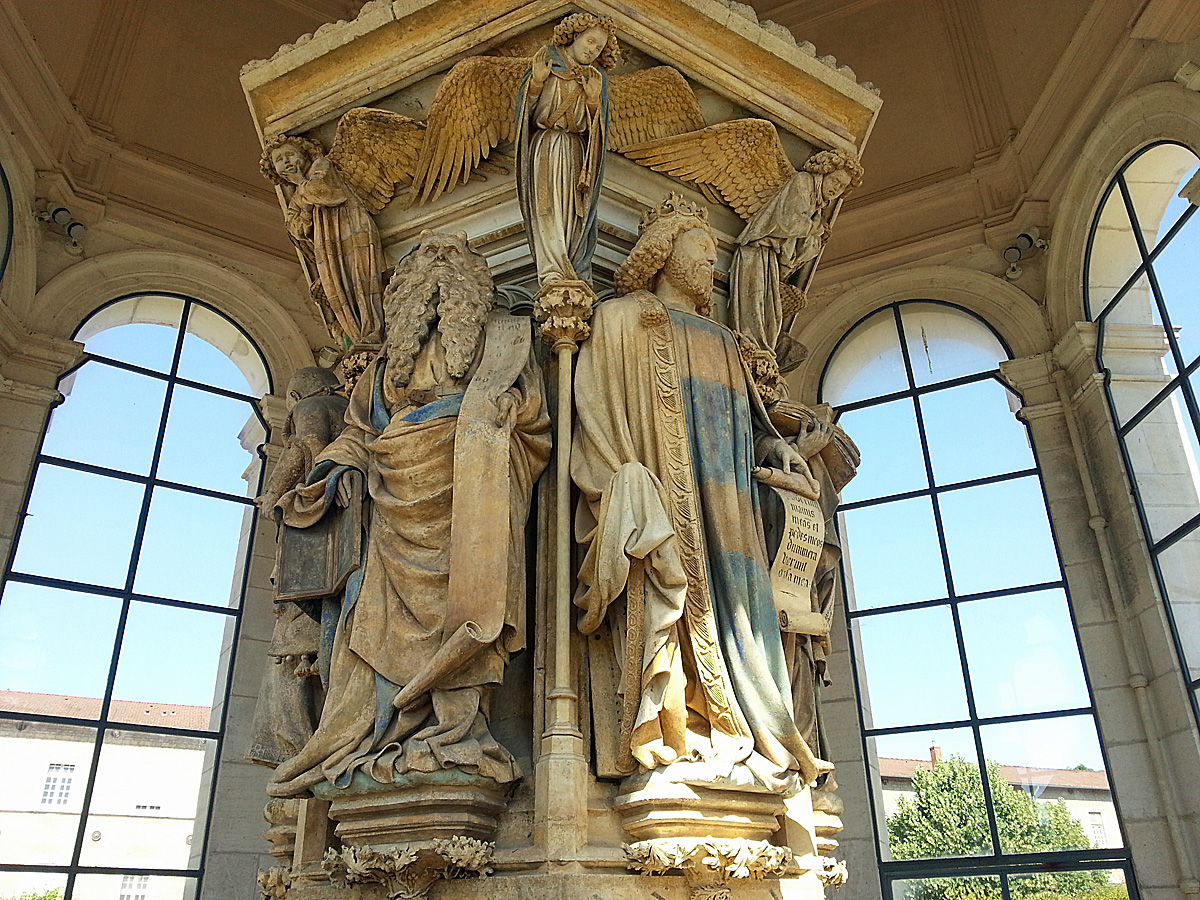 Situated in the central courtyard of what was then the main cloister, the building enclosing the well was added in the 17th century, when the upper parts of the work were already suffering from weather damage. The work was further damaged in 1791, during the French Revolution. The name of "Well of Moses" (Puits de Moïse in French) appears during the 19th century. 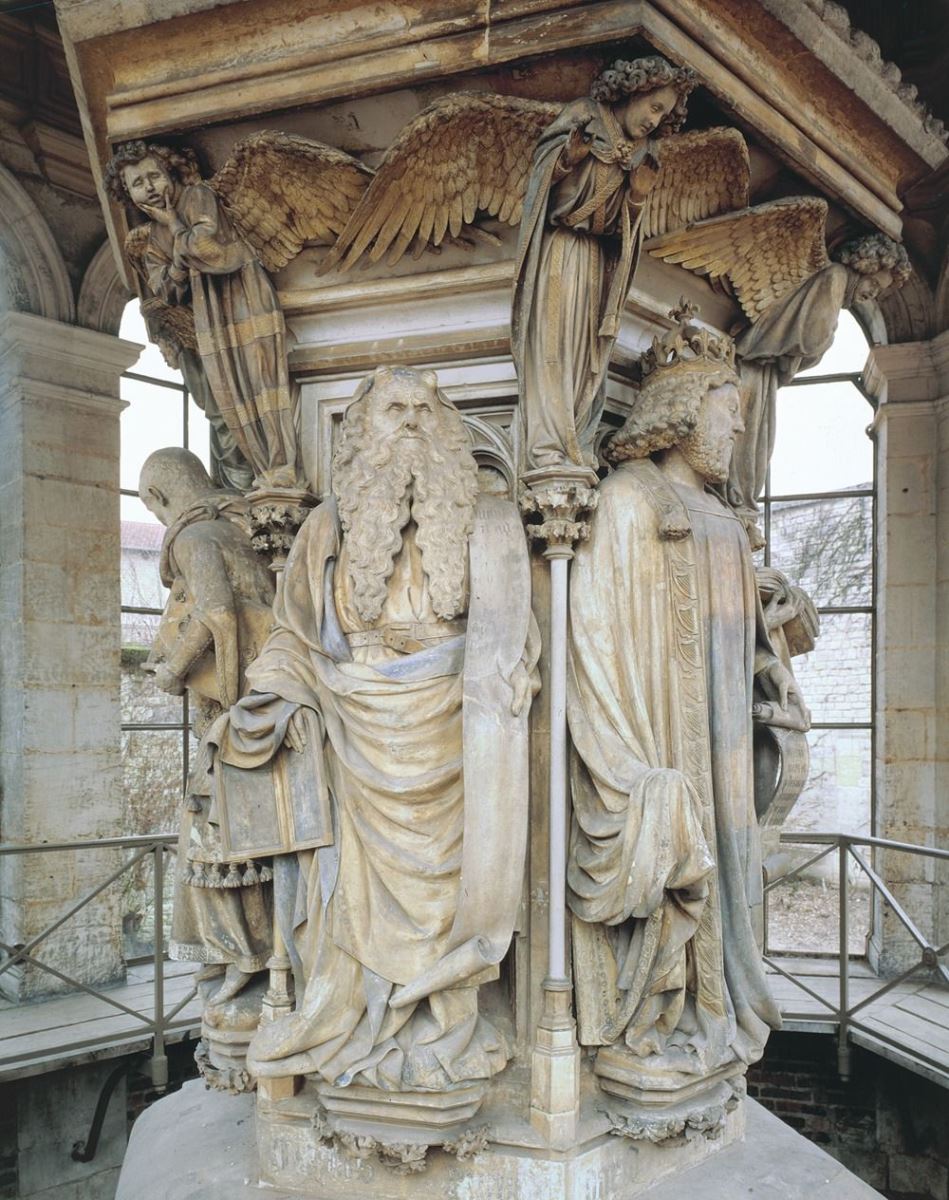 Only fragments of the Crucifixion survive, including the head and torso of Christ; they are now housed in the Musée Archéologique in Dijon. The hexagonal base with its sculptures remains in what is now the Hospital de la Chartreuse, and can be seen by tourists.

Tags: Netherlands,  Top 100 famous Artworks in the World,  The sculpture,  The Well of Moses,  Claus Sluter 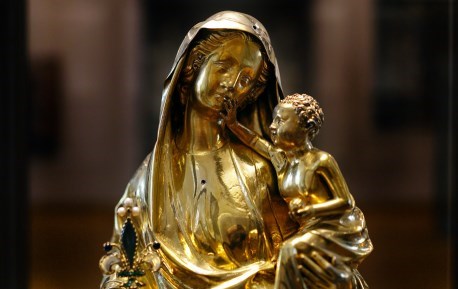 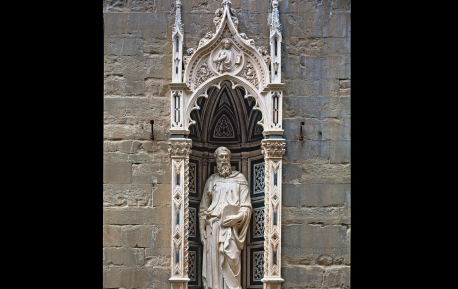 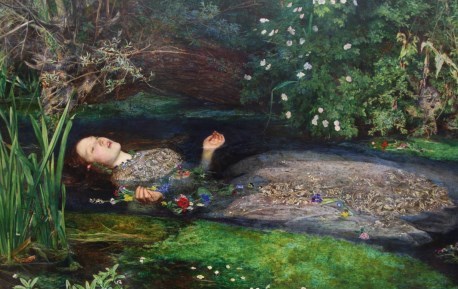 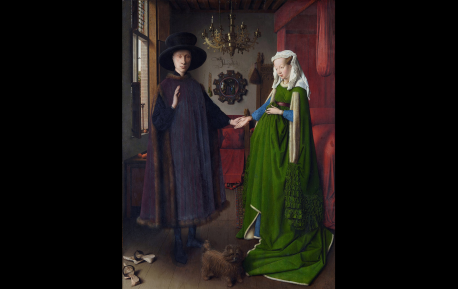 [WORLDKINGS] Top 100 famous Artworks in the World – P83. the painting "The Portrait of Giovanni Arnolfini and his Wife" by Jan Van Eyck, Netherlands. 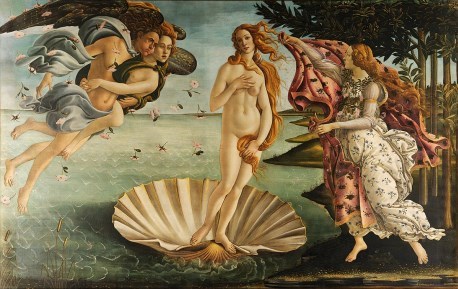 [WORLDKINGS] Top 100 famous Artworks in the World – P82. The painting "The birth of Venus" by the Italian artist Sandro Botticelli 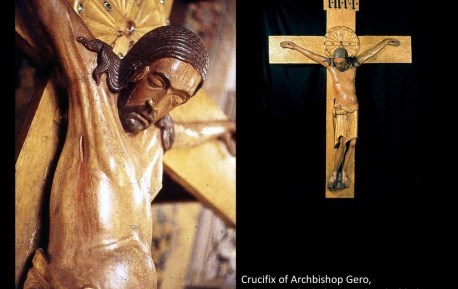