[WORLDKINGS] Traditional clothing from around the world – P29 – Pagne: Costume that preserves many unique cultural features of West Africa

(WorldKings.org) The pagne, wrapper, or lappa, is a colorful garment widely worn in West Africa by both men and women. It has formal and informal versions and varies from simple draped clothing to fully tailored ensembles. The formality of the wrapper depends on the fabric used to create it.

In the seventeenth and eighteenth centuries, men wore wrappers, but by the twentieth century, they became, with a few notable exceptions, exclusively women's wear. Exceptions to this gender rule are certain ethnic groups, including the Kalabari, of Nigeria. Here men's formal dress includes an ankle-length wrapper worn with a long or short shirt, depending on one's rank. The outfit is topped with a bowler hat. 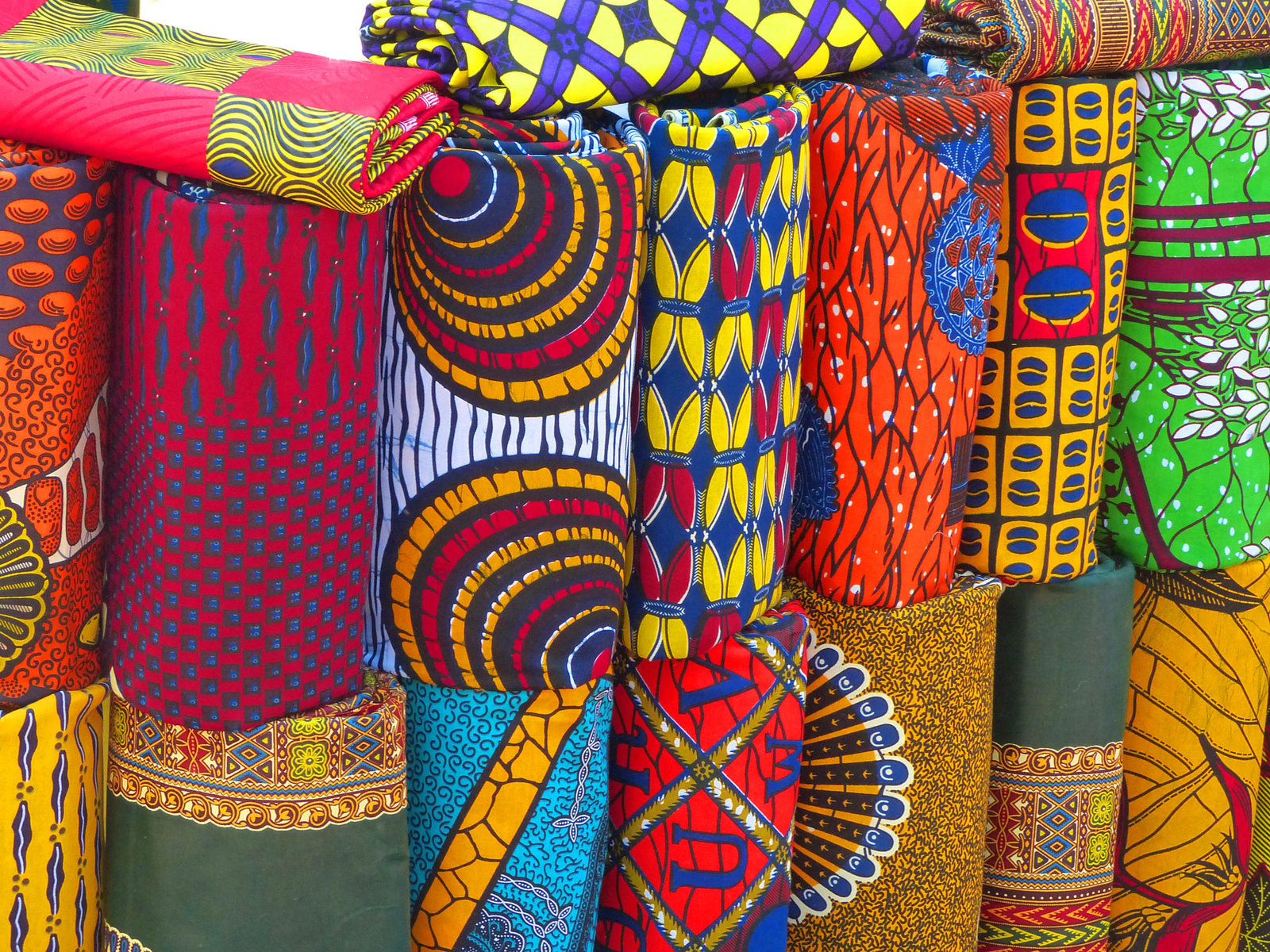 As women's wear, the wrapper usually comes to the ankle, but is worn with different upper garments in Fran-cophone and Anglophone countries of West Africa. In Senegal and the neighboring Francophone countries Mali, Guinea, and Benin, the pagne is worn with elegant long garments, the grand boubou or a long, loose dress called the ndoket. A head-tie finishes the outfit. 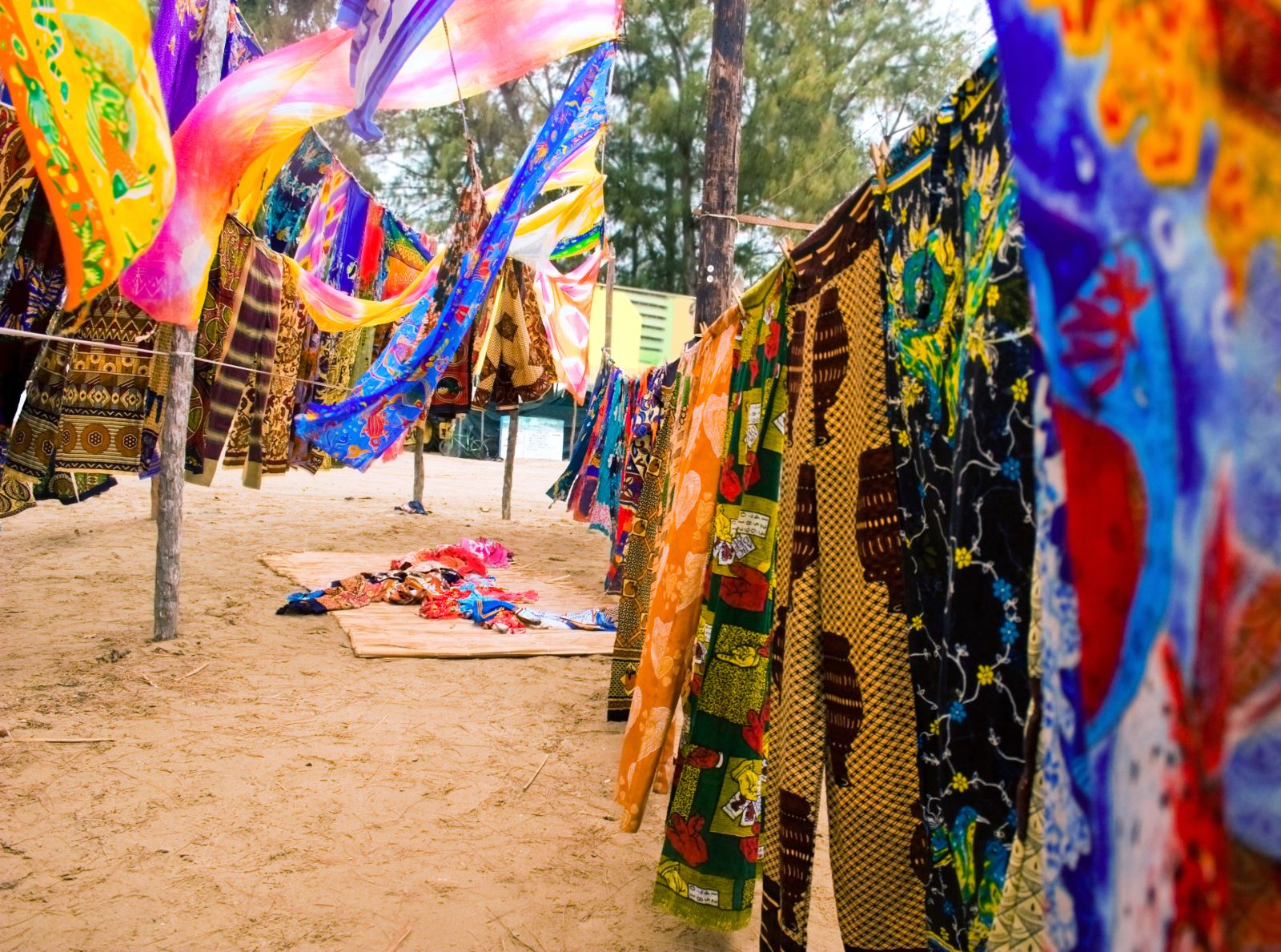 While these long garments hide most of the pagne, it is also worn with short garments: a loose blouse with puffed sleeves called the marinière, or a fitted top with a flounce at the hip and puffed sleeves called the taille basse. One graceful style in these countries is the two wrap or deux pagnes. With a marinière and one pagne worn as a long skirt, the second, matching pagne is wrapped tightly around the hips and tied.

Differences in Use of the Pagne 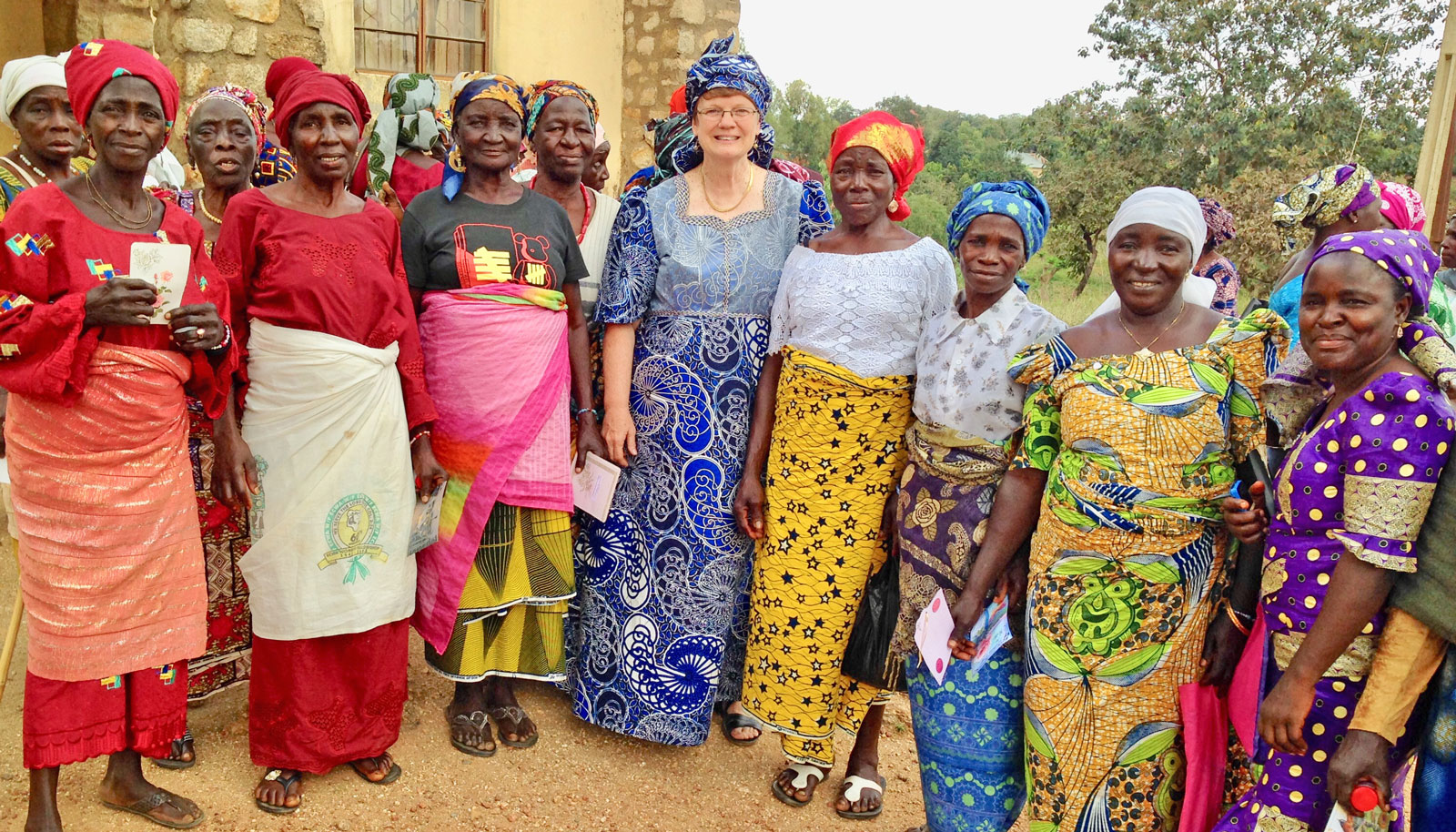 In Nigeria, where the upper garments are usually short, and where weaving and dyeing are complex arts, the wrapper has retained its strong visual focus in the overall outfit. Luxurious, handwoven either on strip looms or broad looms, intricately dyed with resist patterns, or in solid colors of rich silk, wrappers, called Iro, can be used in many styles. For elegant occasions, they can be worn with a short overblouse of rich fabric, often of lace.

In several ethnic groups, women dress for ceremonial occasions in a style called "up and down." For this outfit, two matching cloths are wrapped around the body, one at the waist, the other under the arms. They can also be wrapped at the waist, one knee-length, and one ankle length. In addition, urban women in Nigeria can adopt a style in which a handwoven wrapper is gathered around the middle of the body over a Western dress. The outfit is topped with a matching head-tie. 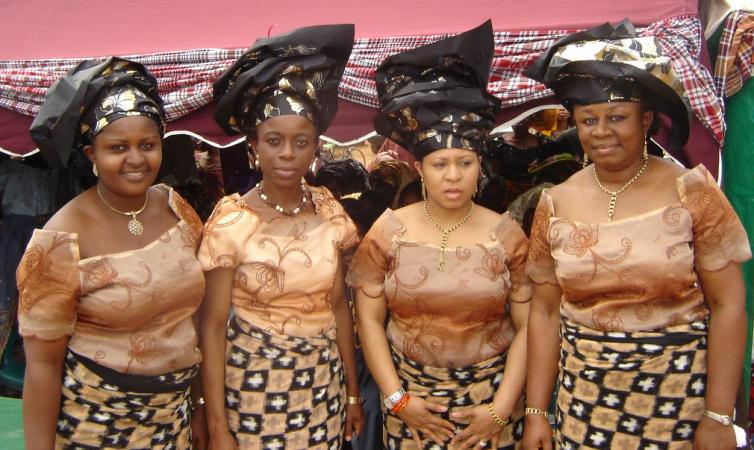 This overwrapper style differs from the deux pagnes in a way that epitomizes the differences in culture, nationality, and age. The overwrapper is a form of elegance worn by older married Nigerian women to demonstrate their wealth and social position, and is tied loosely around the waist to show off the expensive, heavy cloth, woven in stripes.

The deux pagnes or two wrapper, by constrast, is made of either dyed or factory-printed cotton cloth that is lightweight, more supple, and clings to the body. The style is worn in West and Central Africa by younger women, whose body contours, graceful carriage, and swaying gait show themselves to good advantage in the tightly wrapped second pagne. 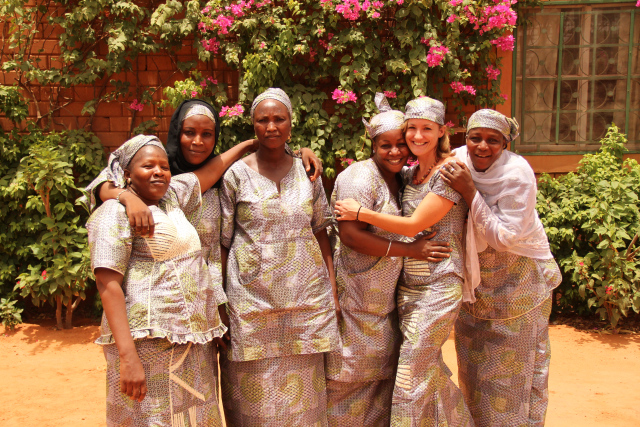 In Senegal, a second, knee-length pagne, called in Wolof a bethio, is worn as an underskirt and seen only in intimate meetings with a lover or husband. A focus of erotic fantasy and innuendo, the bethio plays a strong role in the art of seduction, for which Senegalese women are famous. It is also a product of women's craft. Usually in solid colors, and often white, the bethio is made of various hand-worked fabrics. One such fabric is factory silk, or more often polyester, with hand-cut eyelet patterns and silver or gold embroidery. Another fabrication is made of percale, hand-embroidered with heavy thread in bright colors. For a third fabrication, women crochet the bethio in fine yarn. 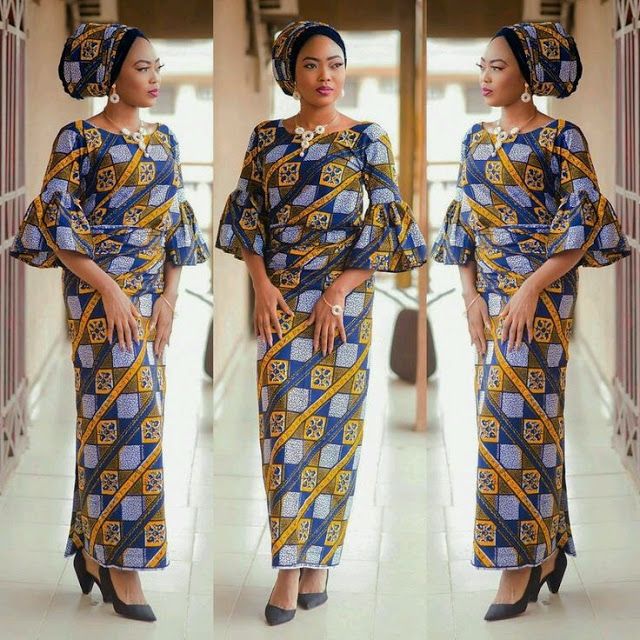 But most important, the pagne or wrapper, as an endlessly versatile piece of cloth, is symbolically fundamental to human culture itself. In Wolof, the principal African language of Senegal, the word for pagne is séru, which means simply "cloth." When a child is born, it is immediately wrapped in a pagne, and as an infant it is carried on its mother's back in a pagne wrapped around her upper body. When a woman in Senegal marries, her friends veil her head in a pagne before they take her on her journey to her husband's house. When a person dies, he or she must be wrapped in a white percale pagne. A symbol of wealth, sexuality, birth, death, and marriage, the pagne is a rich focus of visual aesthetics and multiple meanings. 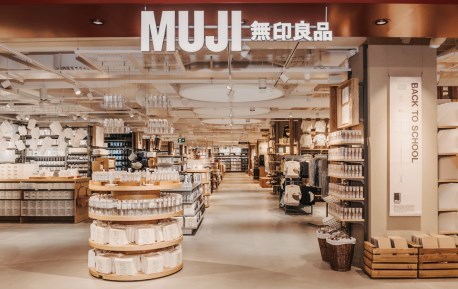 [WORLDKINGS] The famous shopping centers and supermarkets in the world – P20 - Muji (Japan): The famous Japanese "No brand" retail chain 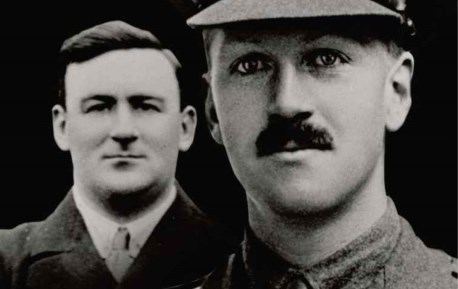 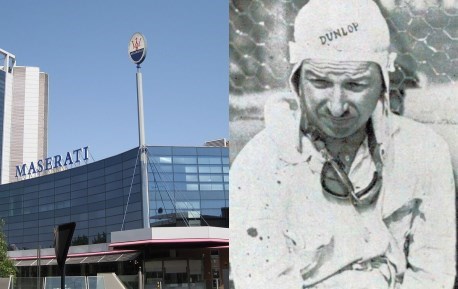 [WORLDKINGS] Top 100 founders of the companies over 100-years and still in business – P87 - Alfieri Maserati (Italy): The builder of the famous 106 years of supercar brand in Italy, Maserati (1914) 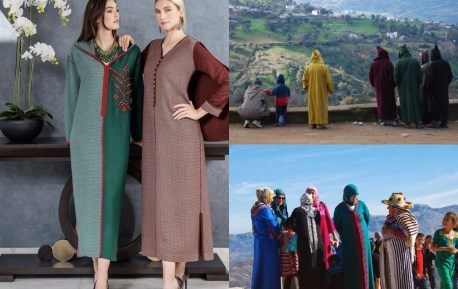 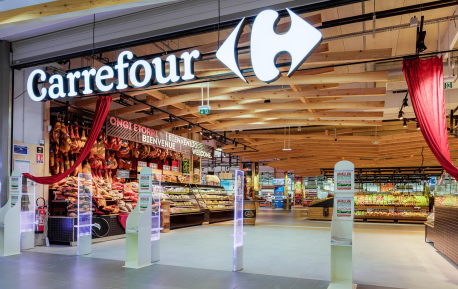 [WORLDKINGS] The famous shopping centers and supermarkets in the world – P19 – Carrefour : The most popular supermarket chain in France 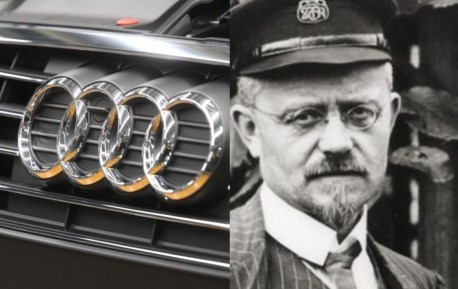 [WORLDKINGS] Top 100 founders of the companies over 100-years and still in business – P86 - August Horch (Germany): The man behind the 111-year development of a legendary luxury car symbol, Audi AG (1909)