(WorldKings.org) Orville H. Gibson (May 1856 – August 19, 1918) was a luthier who founded the Gibson Guitar Company in Kalamazoo, Michigan in 1902, makers of guitars, mandolins and other instruments.

Gibson was born in 1856 on a farm near the small town of Chateaugay, New York, in an area known as “Earlville,” about one hour north of Lake Placid and about an hour south of Montreal. The youngest child of John W. and Amy Nichols Gibson, Orville was one of five children sharing a home with sisters Pluma and Emma, and brothers Ozro and Lovell. John, Orville’s father, was an immigrant of England and his mother Amy was from Peru, New York. 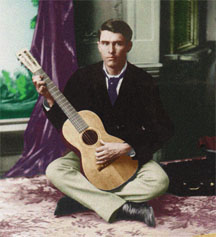 Regardless of the reasons for his move, by 1890 he ended up in Kalamazoo, a small industrial city in the southwestern part of the state where he took up the hobby of making musical instruments. In 1885, Orville had a job as a clerk at A.P. Sprague’s shoe store at 118 East Main Street, and by 1893 he was working as a clerk at Butters Restaurant on 216 East Main. His day jobs were supporting his hobby, and his hobby was soon to play a totally different role in his life.

On May 11, 1896, Orville filed for his first and only patent. That document, U.S. Patent No. 598,245, was issued on February 1, 1898 and contained his ideas for the construction of a mandolin with a carved top and back, and with sides that were cut from a solid piece of wood rather than being bent from thin strips. 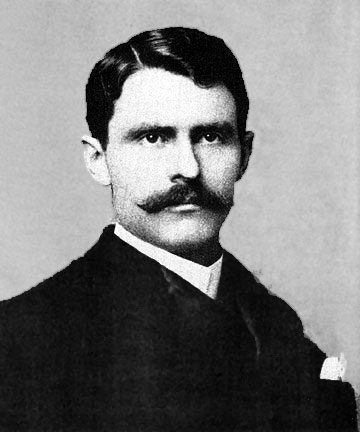 Orville felt that the bent and multi-pieced back of the then popular bowl-back mandolins did not possess “that degree of sensitive resonance and vibratory action necessary to produce the power and quality of tone and melody found in” his instruments. A further embellishment of his patent was that the heel of the neck was hollowed out to provide an additional sound chamber which he hoped would offer improved tonal qualities.

During the following years, Orville continued to make instruments in his meager shop. Early in 1900, he met several businessmen who wanted an opportunity to manufacture mandolins and guitars of his design, and to do so under the protection of Orville’s singular patent. 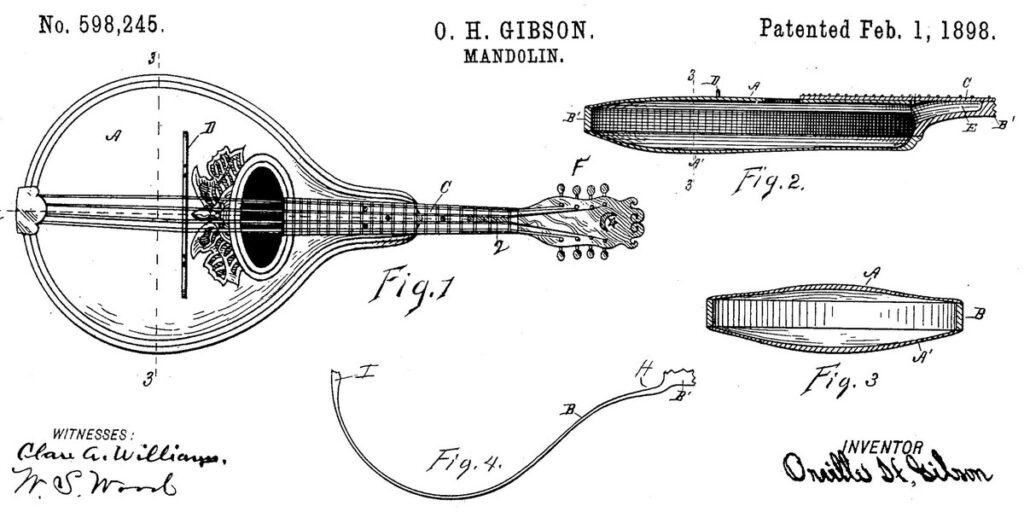 On the afternoon of October 11, 1902, Sylvo Reams, Lewis A. Williams, LeRoy Hornbeck, John W. Adams, Samuel K. VanHorn, and Orville H. Gibson met at the County Clerk’s office to form a “Partnership Limited Association” (fundamentally, a business structure in which various investing members had limited liabilities) for the “Gibson Mandolin-Guitar Manufacturing Co., Limited.” Adams, VanHorn, and Hornbeck were lawyers practicing in Kalamazoo. Reams and Williams were both in the retail music business, and all saw the opportunity to capitalize on Orville’s creative talents. 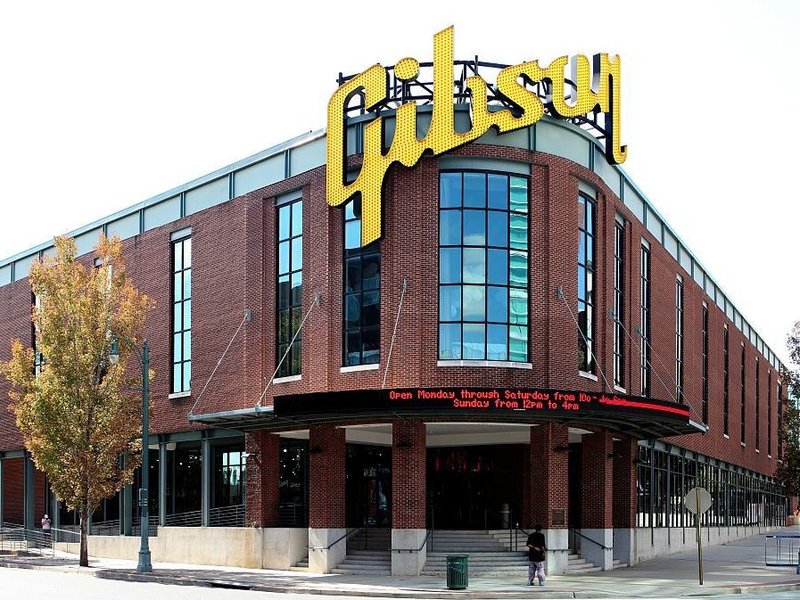 Beyond the sale of his patent, Orville’s contribution to the Gibson Company in the following few years is unclear, but it does appear that there was a question about the quantity and quality of time he spent at the plant. Within a short period after the foundation of the company, the Board passed a motion that “O. H. Gibson be paid only for the actual time he works for the Company.” After that time, the records do not clearly indicate whether he was a full-time employee, a consultant, or just an occasional visitor to the factory. 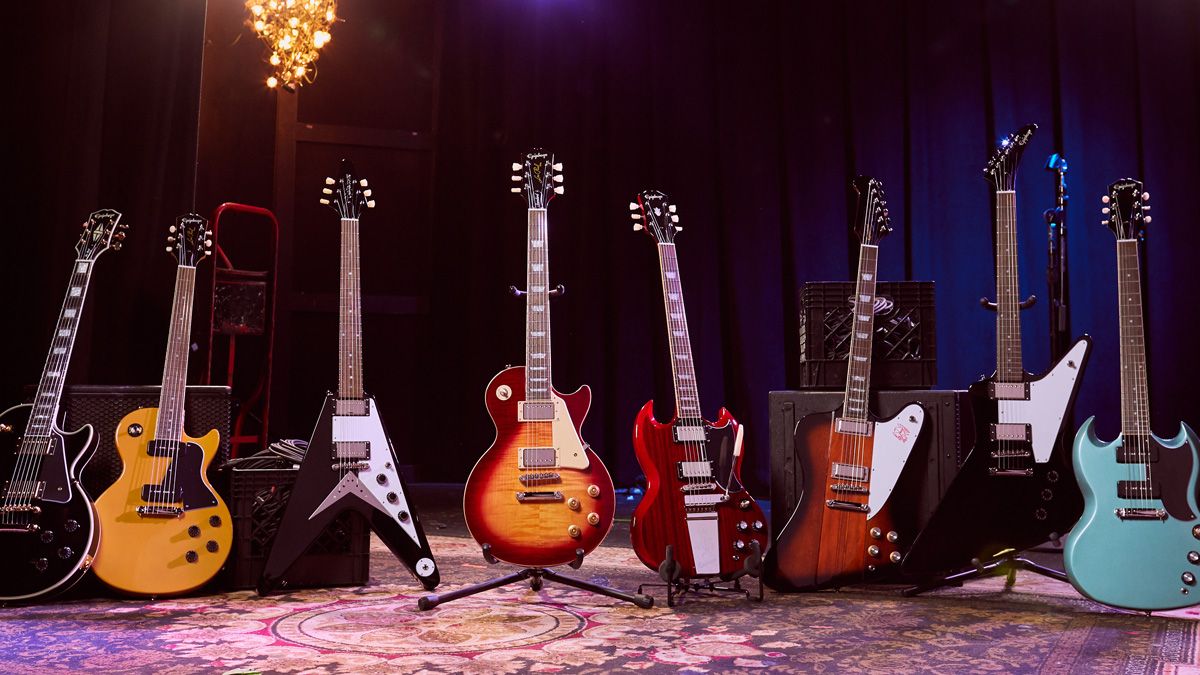 When the Company began raising capital to fund its growth and development, one of the first investors was Orville Gibson himself — he purchased 60 shares of stock in the company of his own name on November 1, 1902. Orville continued his arms-length association with the Company through 1907 earning most of his income from royalties. He worked on various projects as an inventor and for a period of time, was even listed in the town directory as a music teacher.

Orville died in 1918 of endocarditis (inflammation of the inside lining of the heart chambers and valves).

According to en.wikipedia and siminoff.net 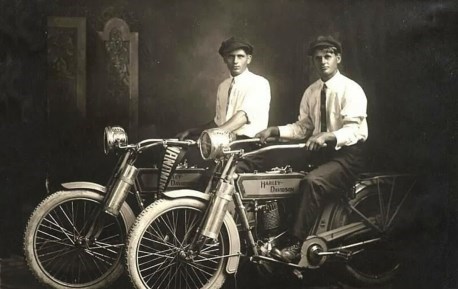 [WORLDKINGS] Top 100 founders of the companies over 100-years and still in business – P79 - William Sylvester Harley and Arthur Davidson Sr (United States): The two founders of Harley-Davidson, is a legendary American motorcycle brand with 117 years of development (1903) 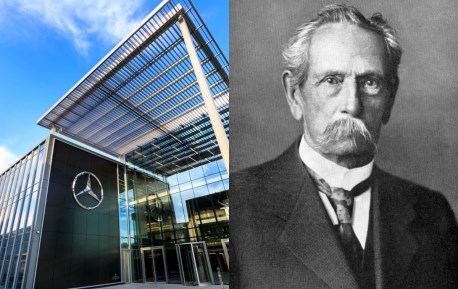 [WORLDKINGS] Top 100 founders of the companies over 100-years and still in business – P78 - Carl Friedrich Benz (Germany): The founder of Mercedes-Benz, the world's luxury car corporation with 137 years of operation (1883) 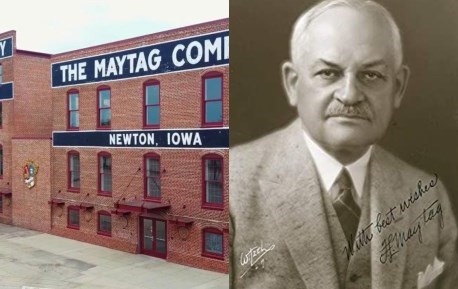 [WORLDKINGS] Top 100 founders of the companies over 100-years and still in business – P77 - Frederick Louis Maytag I (USA): The creator of Maytag, a reputable American household electrical appliance brand with 127 years of history (1893) 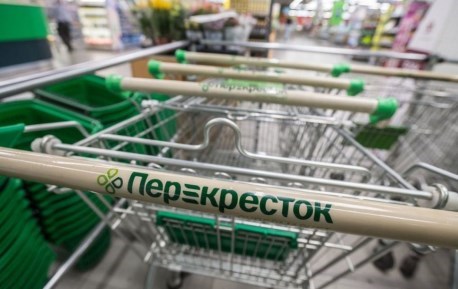 [WORLDKINGS] The famous shopping centers and supermarkets in the world – P15 - Perekrestok (Russia): Most popular retailer brand in Russia 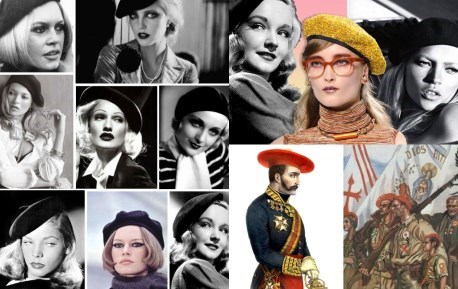 [WORLDKINGS] Traditional clothing from around the world – P24 – Beret : The traditional France symbol 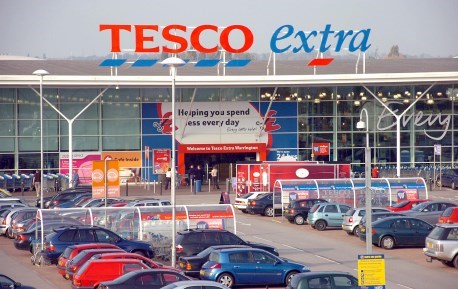