(WorldKings.org) If there was ever a competition for Germany’s most romantic town, the vibrant university town of Heidelberg would be a top contender. Its crumbling castle, beautiful houses, cobbled streets, lush hills, ancient squares and gorgeous river views make it look like something straight out of a picture book.

Heidelberg Castle is the icon of Heidelberg and among the most achingly beautiful castles in all of Germany. Its crumbling walls preserve almost eight centuries of history, while each building of the castle ensemble represents a different period of German architecture. While the castle poses a magnificent view perched atop a verdant hill, it also offers beautiful views of the city and the Neckar River from its premises. 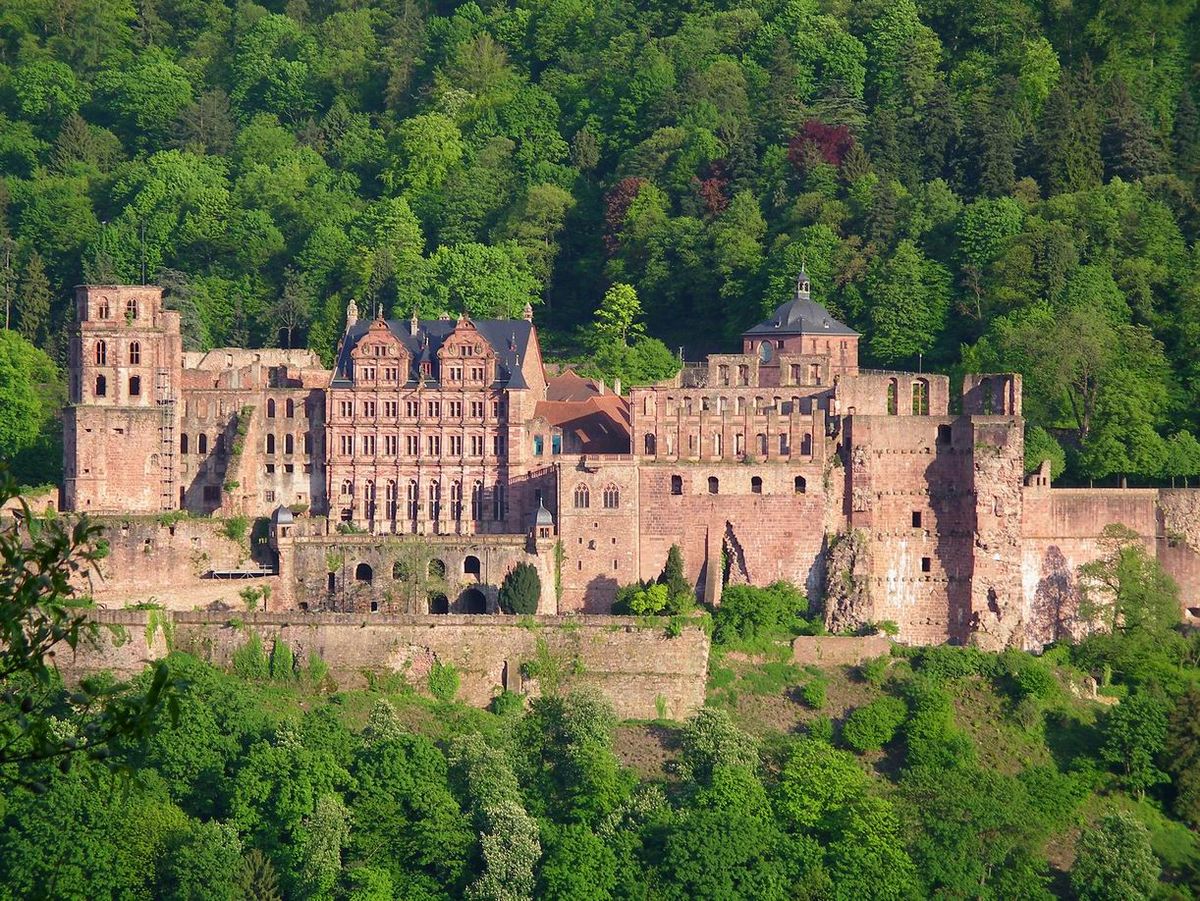 When you visit Heidelberg Castle, don’t leave before checking out the world’s largest wine barrel in the castle basement. The barrel, known as Heidelberg Tun, can potentially hold up to 221,726 litres (58,574 US gallons), though it has never really been used for storing wine. To add to the uniqueness of the setting, a dance floor has been set up on top of the barrel, reachable via a wooden staircase. 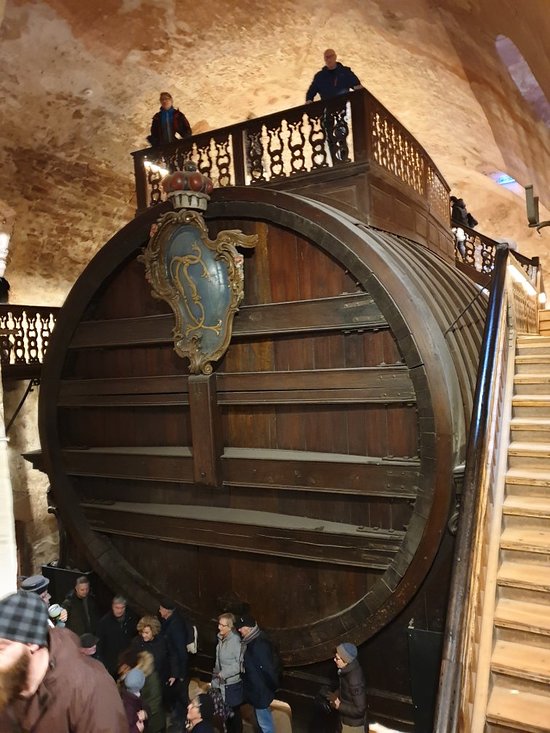 Heidelberg’s many interesting museums are a great way to incorporate culture into your holiday. The Pharmacy Museum (Deutsches Apotheken-Museum) housed in Heidelberg Castle walks visitors through 2,000 years of medicinal history with exhibits such as medicines, medical equipment and herbs used across the centuries. The University Museum (Universitätsmuseum), meanwhile, gives you a chance to learn about the long and rich heritage of Heidelberg University. It is situated next door to the Heidelberg University Karzer, a student jail preserved in an almost-original state. For those keen to know more about art and history, the Cultural Museum (Kurpfälzisches Museum) showcases paintings and a series of exhibits of archeological interest. 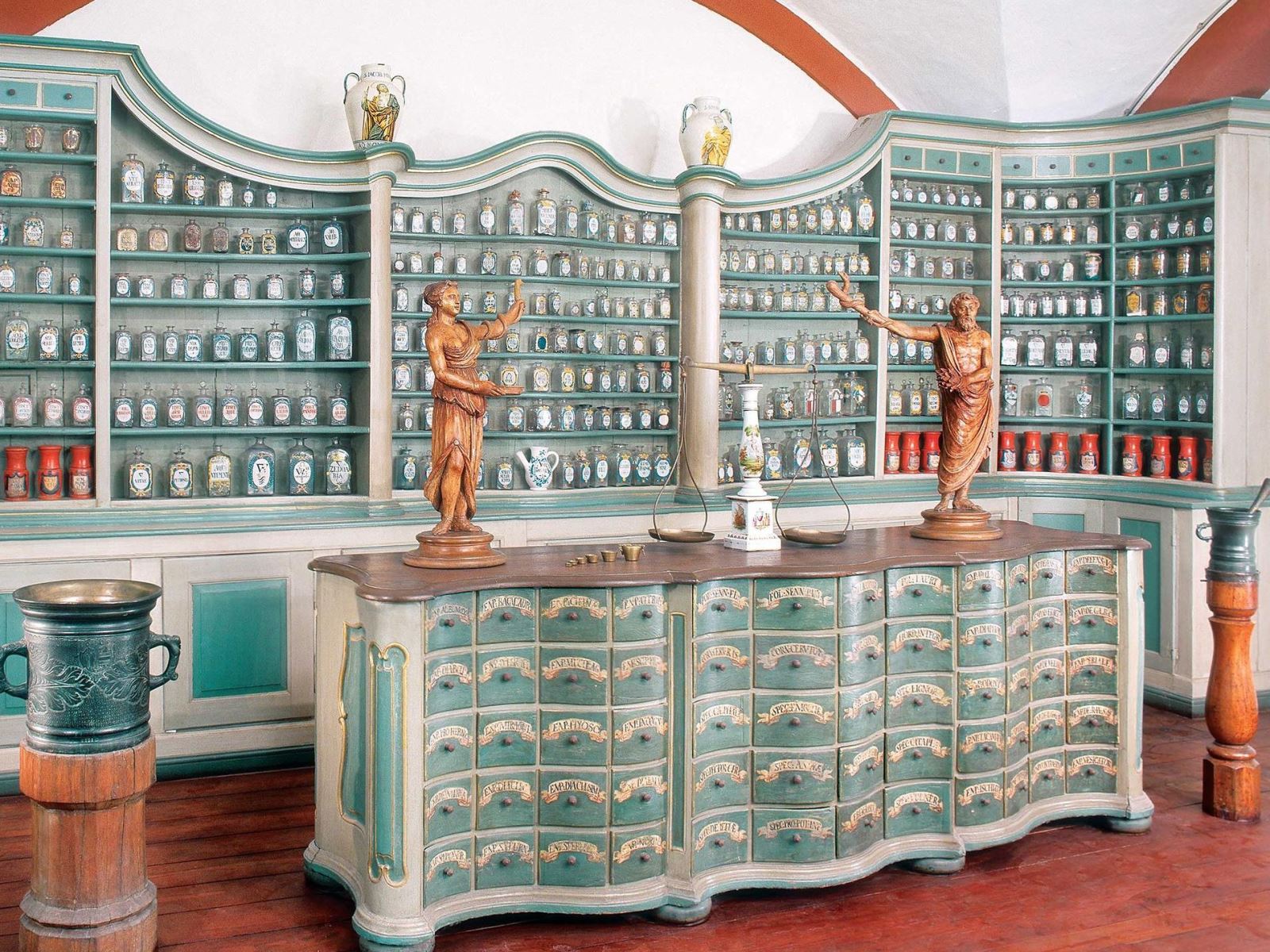 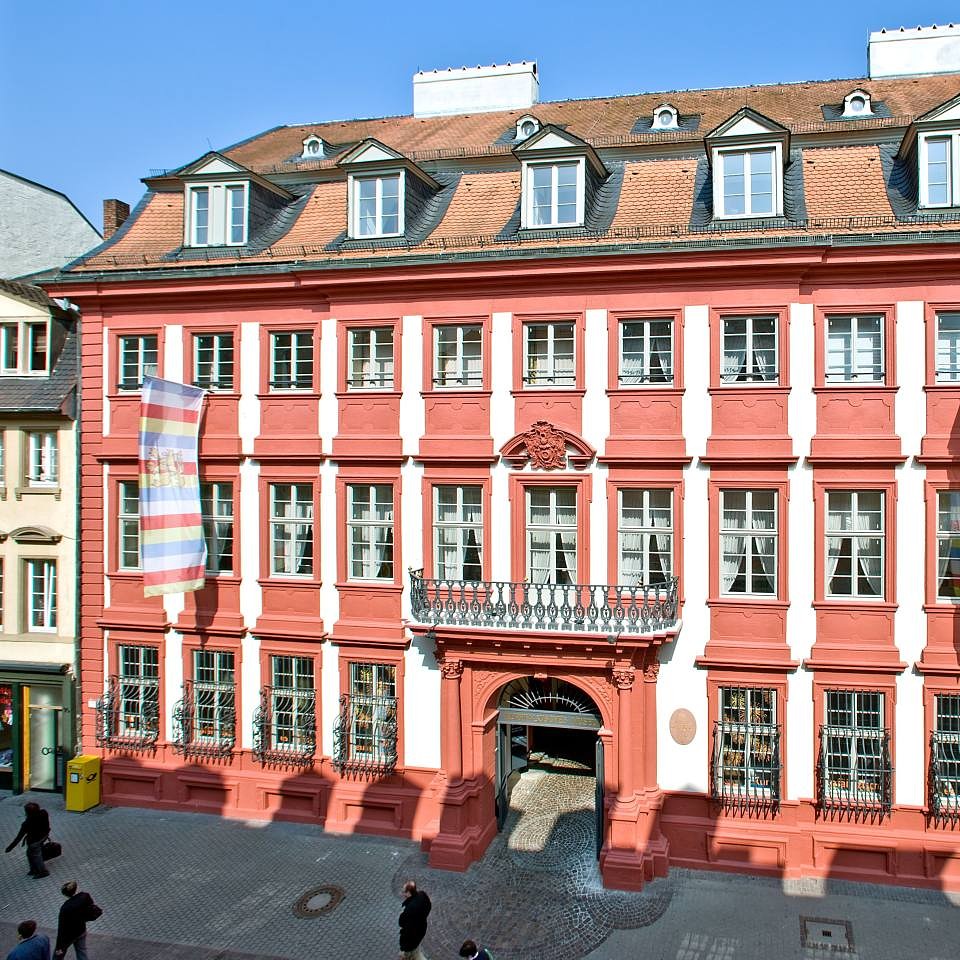 Get inspired to pen a poem

Philosopher’s Walk is believed to have been the inspiration behind many famous poems and thoughts. When you embark on a stroll along this iconic road, you will have no trouble understanding why. The path meanders along the Saints’ Mountain and promises unparalleled views of the castle, Neckar River and the city. Even if you don’t end up penning a ground-breaking poem, the path will surely prompt you to appreciate the beauty of life. 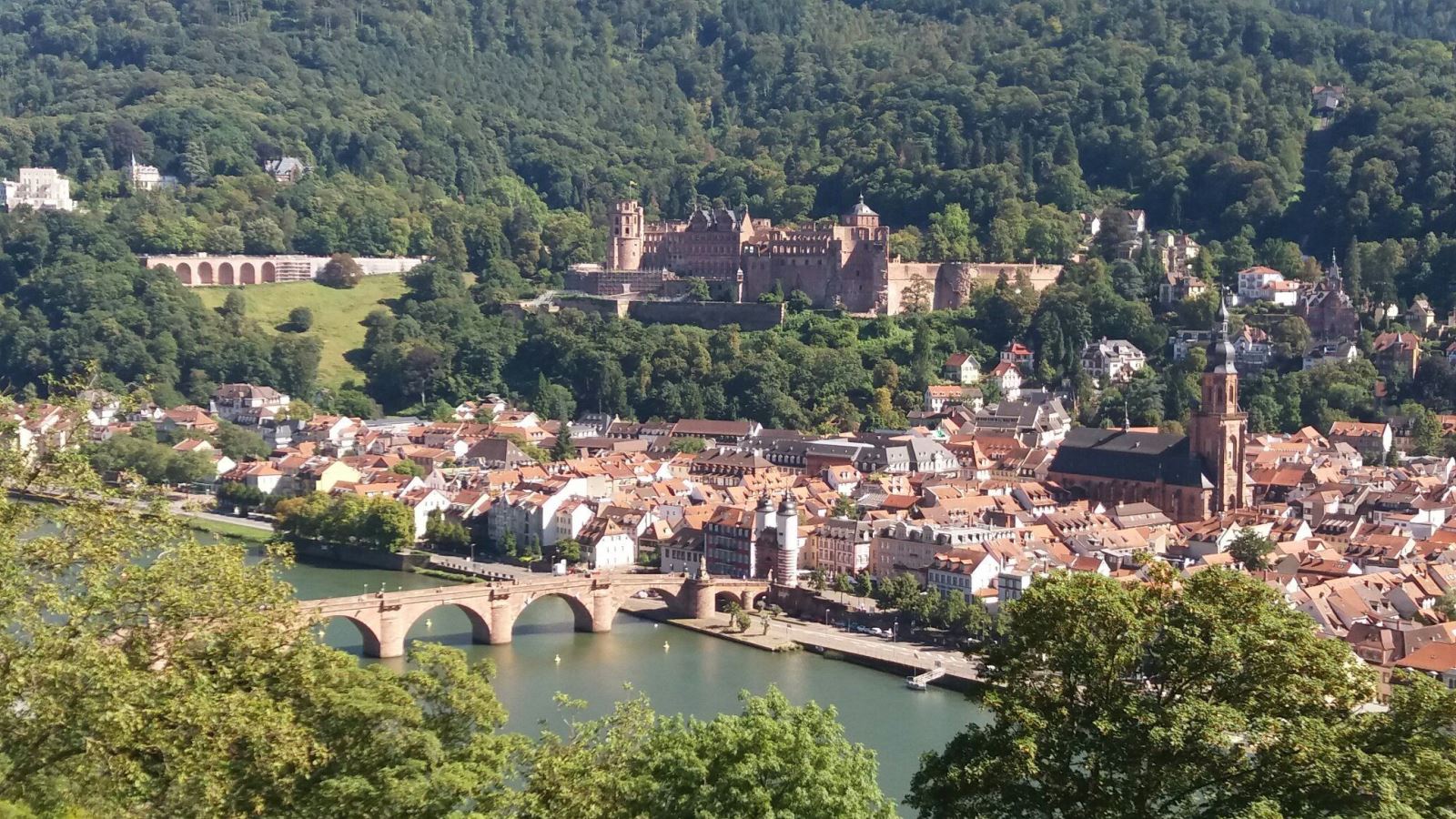 The view from Philosopher’s Walk

Be blessed by a monkey

Don’t underestimate the monkey perched on Heidelberg’s Old Bridge as just another bronze sculpture. Visitors flock to seek the blessings of this celebrity monkey, which has been around (albeit in different avatars) since the 15th century. The legend goes that rubbing the ‘mirror’ in the monkey’s paw will bring financial prosperity while rubbing the monkey’s fingers will ensure that you visit this beautiful city again. Additionally, those wishing for children are believed to be blessed with fertility if they pet the tiny bronze mouse next to the monkey. 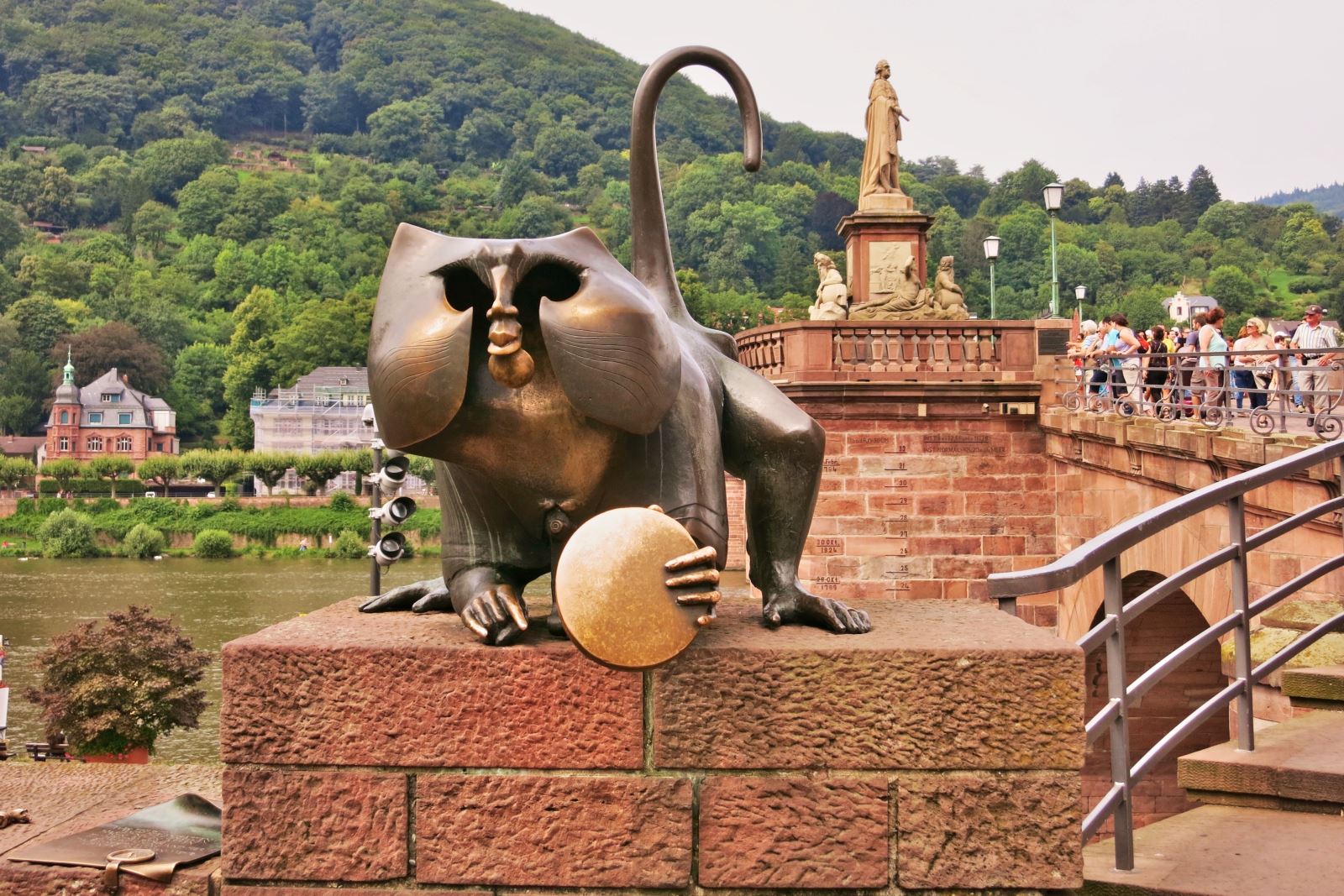 Heidelberg University’s significance lies in the fact that it was built in 1386. It is Germany’s oldest university and among the oldest active universities in the whole world. It remains to this day among the most prestigious universities across the globe and receives applications from thousands of hopeful students each year from near and far. 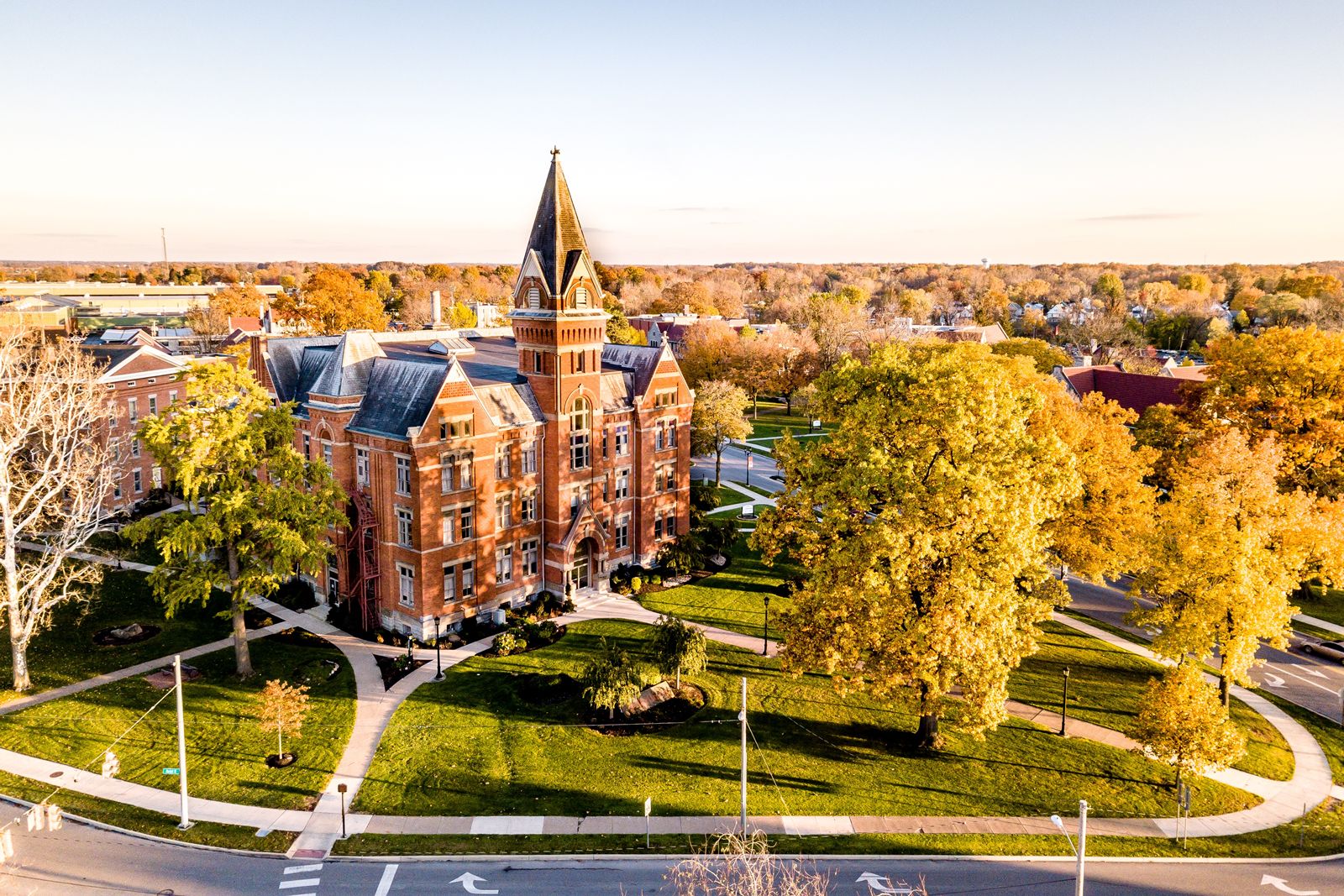 When it comes to food, Heidelberg locals don’t mess around. The local fare in Heidelberg is hearty, known for its huge portions, and is downright delicious. If you try one regional specialty in Heidelberg, let it be Saumagen, a unique delicacy of boiled pig’s stomach stuffed with pork, sausages, bacon, potatoes and sometimes sweet chestnuts, and served with potato salad or sauerkraut. If you have a sweet tooth, don’t miss quetschekuchen (plum tart) and studentenkuss, a mouthwatering treat made of waffle, nougat and dark chocolate. 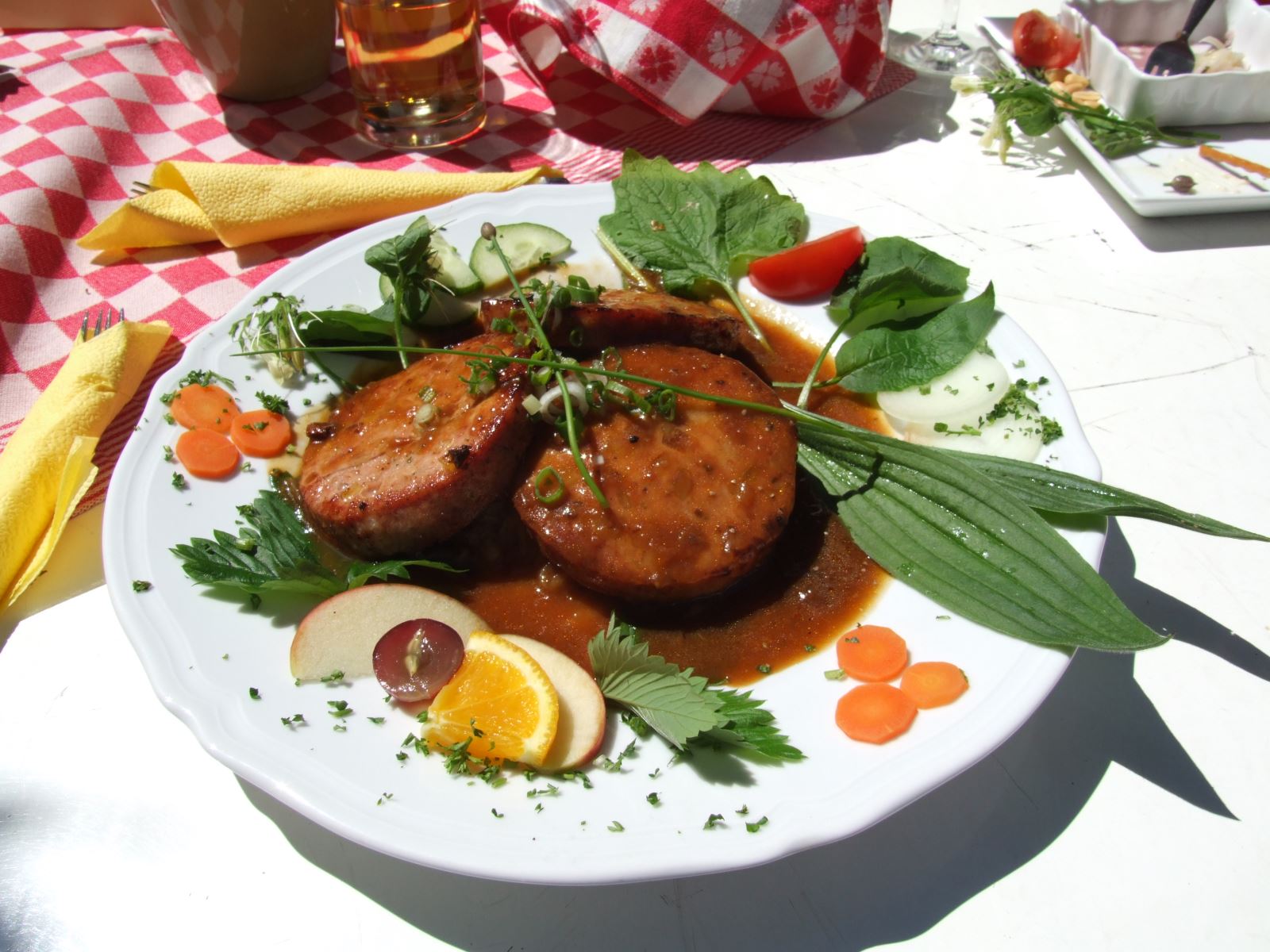 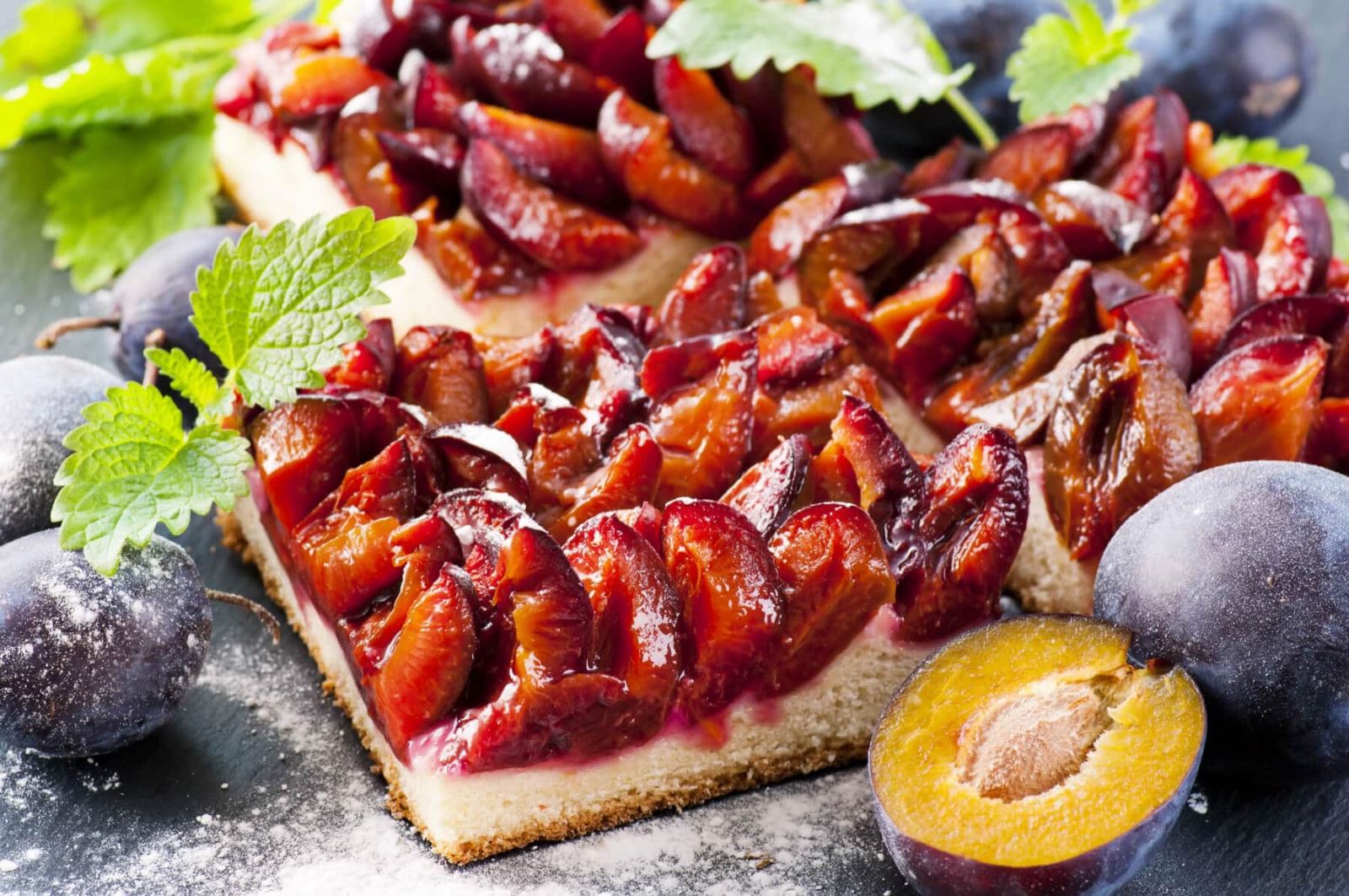 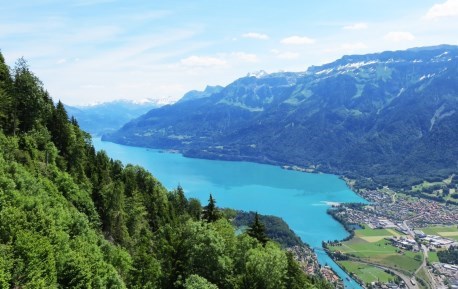 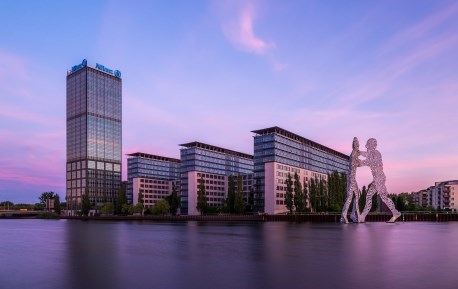 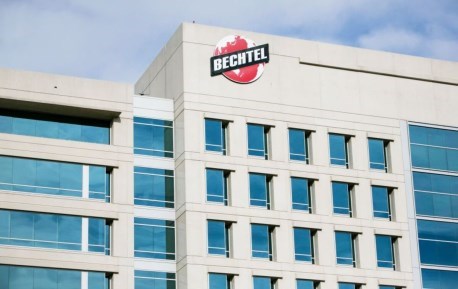 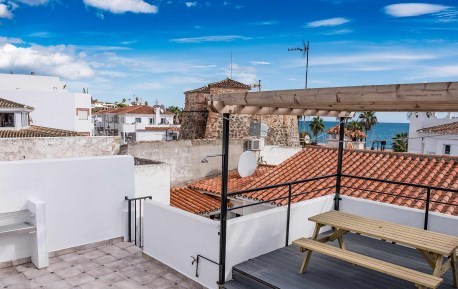 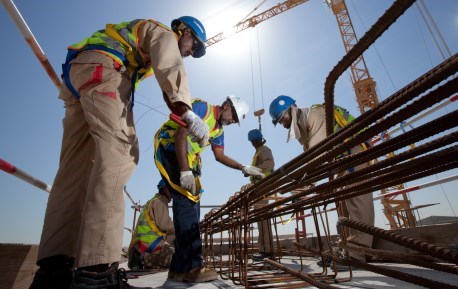 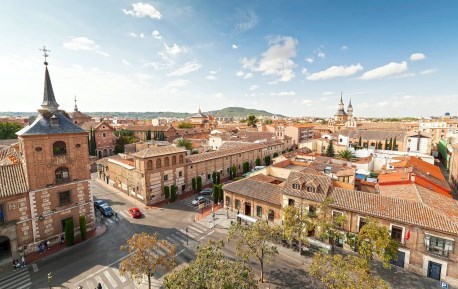