Unique architectural constructions around the world (P.59) - Cathedral of Brasília (Brazil) : The church made up of powerful "curves"

(WorldKings.org) Designed by the acclaimed Brazilian architect Oscar Niemeyer, the Cathedral of Brasília is an almost crown-like hyperboloid structure that appears pinned to the ground. The building’s appearance, with its striking shape and gorgeous stained glass ceiling, is just as intriguing as its history.

The cornerstone for the Cathedral of Brasília was laid in September 1958. The mainframe of the cathedral was completed two years later, but then, as with many construction projects in Brasília at that time, everything ground to a halt. 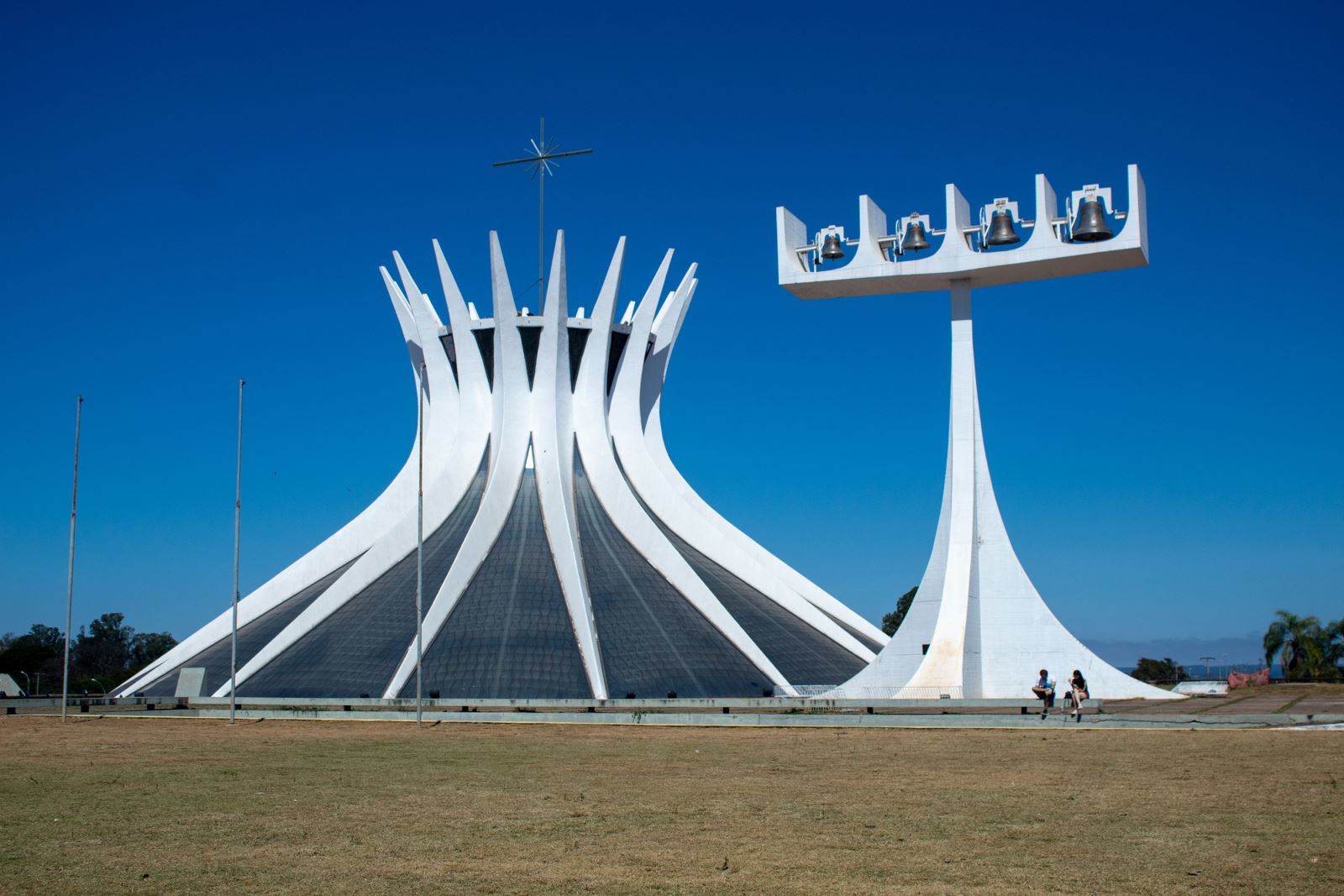 President Juscelino Kubitschek was overseeing the construction of Brasília, Brazil’s new capital when his term ended in 1961. Construction stalled on numerous projects, including the cathedral. To get things moving again, the cathedral was handed over to the Catholic Church, despite Kubitschek’s initial idea of creating a state-funded and interdenominational cathedral open to all faiths. 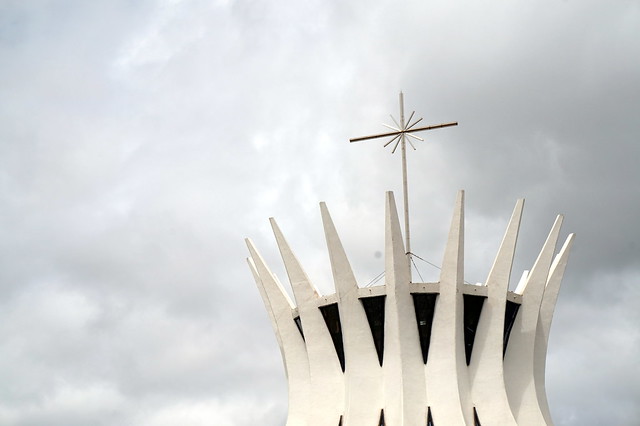 Construction continued anew. The cathedral was consecrated in 1968, albeit without a roof, and finally opened to the public in 1970.

The Cathedral of Brasília is undeniably an impressive sight. Its exterior is dominated by 16 curved concrete columns (Niemeyer loved curves), each weighing 90 tons. These curve inwards, meeting briefly before branching back outwards and upwards to give the structure its hyperboloid, or hourglass, shape. It bears some resemblance to a white crown, or crown of thorns, in this case rising up to a height of about 131 feet. 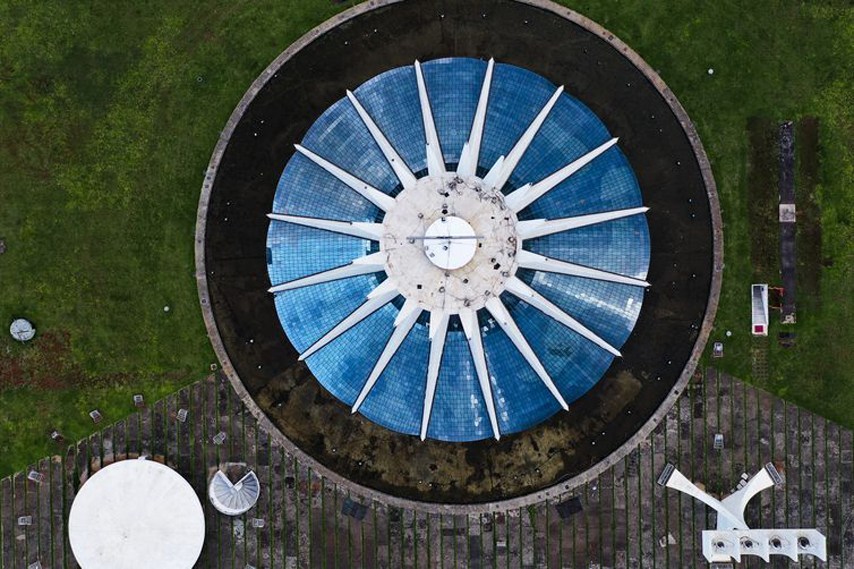 Near the entrance to the cathedral stand four bronze sculptures representing the Four Evangelists: Matthew, Mark, Luke, and John. Each is about 9.8 feet tall. Inside the cathedral’s spacious interior hang three angel sculptures by Alfredo Ceschiatti and Dante Croce. These range from 7.3 feet to 14 feet tall and hang above the nave of the cathedral. Above them is the cathedral’s colorful stained-glass ceiling, composed of a series of 98-feet-high triangles. 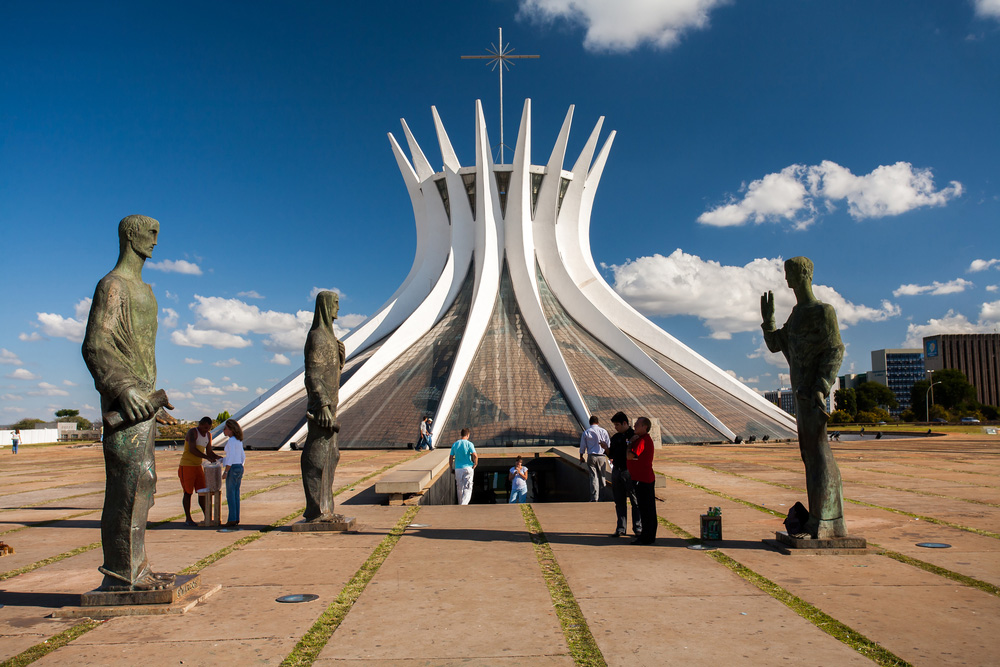 Other notable elements of the Cathedral of Brasília include its altar, which was donated by Pope Paul VI. The four bells in the cathedral’s bell tower, meanwhile, were donated by Spain. The stark concrete bell tower stands just outside the cathedral. 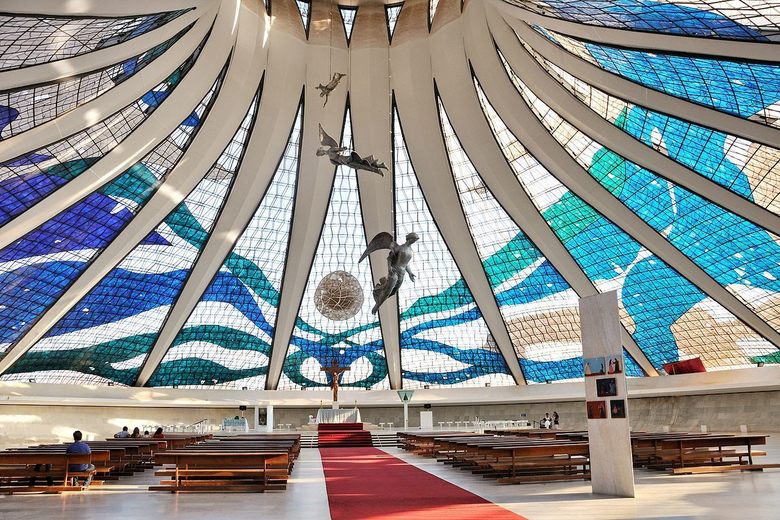 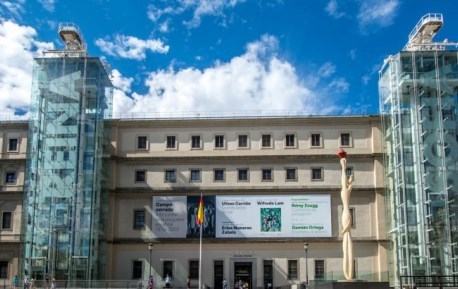 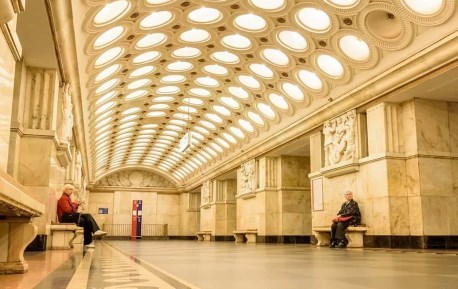 Unique architectural constructions around the world (P.58) - Moscow Metro Stations (Russia) : Admire the most beautiful train stations in the world 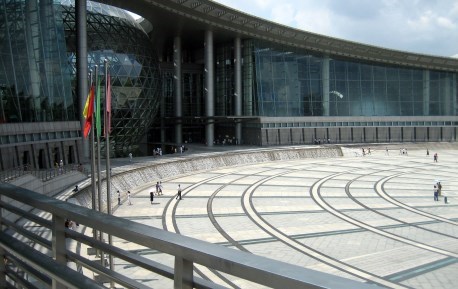 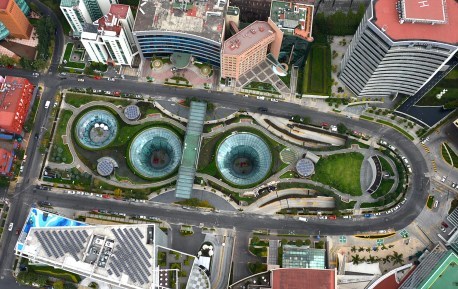 Unique architectural constructions around the world (P.57) - Garden Santa Fe (Mexico): The "green" shopping center in the heart of the bustling city 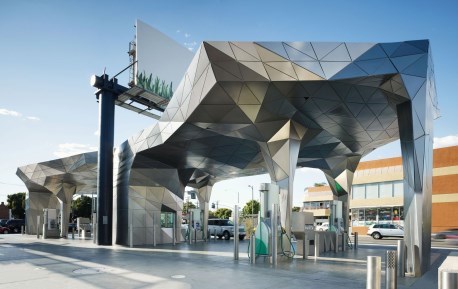 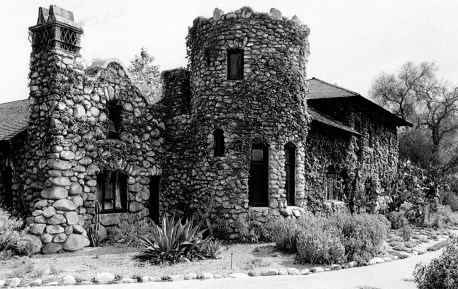