[Top 30 houses of worship with stunning architecture in the world] (P.30) Cathedral of Brasília: The unique hyperboloid structure in Brasília

(WorldKings.org) The Cathedral of Brasilia, officially the Metropolitan Cathedral of Our Lady of Aparecida (Catedral Metropolitana Nossa Senhora Aparecida), dedicated to the Blessed Virgin Mary under her title of Our Lady of Aparecida, proclaimed by the Church as Queen and Patroness of Brazil, was designed by the architect Oscar Niemeyer and projected by the structural engineer Joaquim Cardozo.

The Cathedral of Brasília is the Roman Catholic cathedral serving Brasília, Brazil, and serves as the seat of the Archdiocese of Brasília. It was designed by Brazilian architect Oscar Niemeyer and projected by Brazilian structural engineer Joaquim Cardozo, and was completed and dedicated on May 31, 1970. 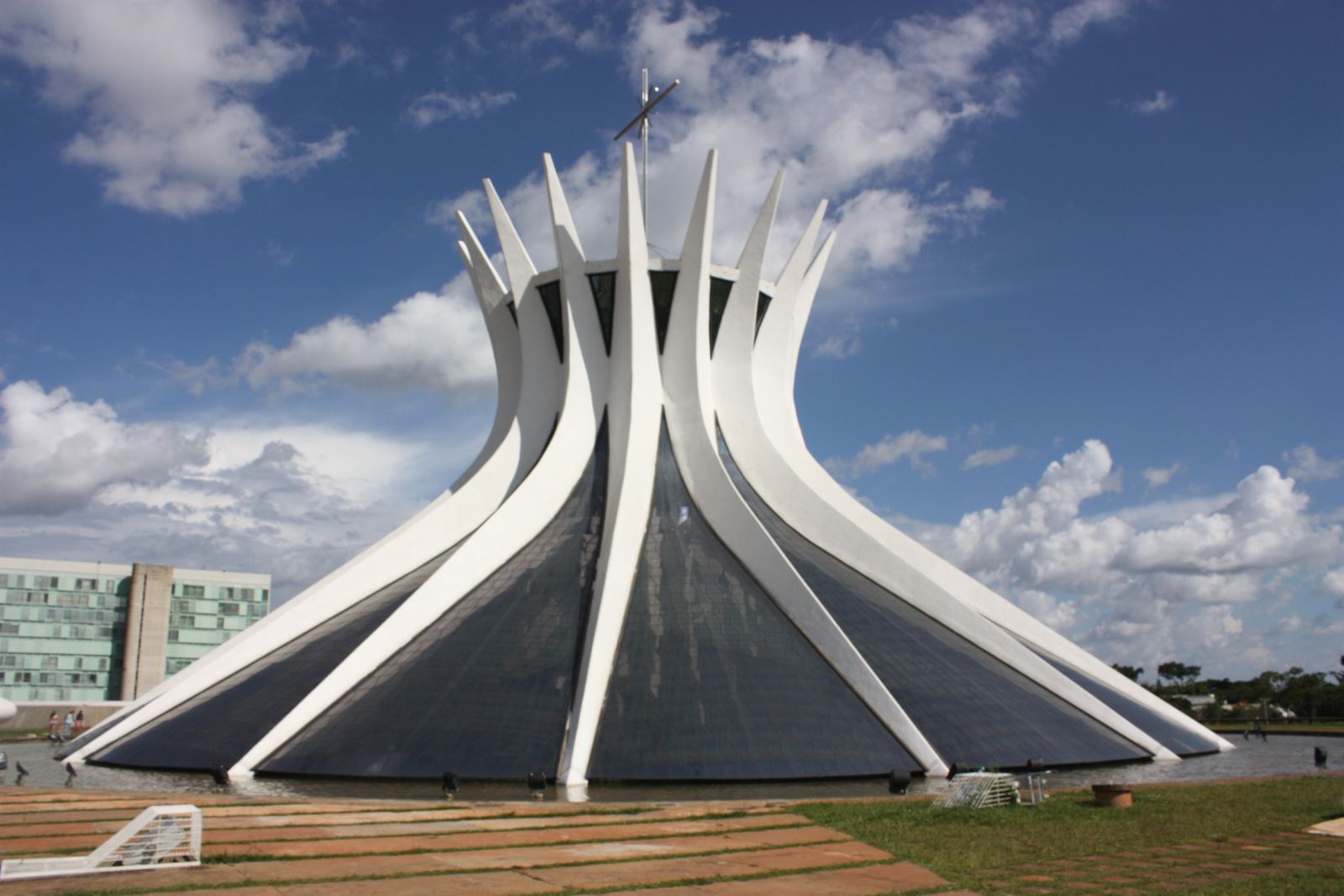 In the square access to the cathedral, are four 3-meter tall bronze sculptures representing the four Evangelists created by sculptor Dante Croce in 1968. A 20-meter tall bell tower containing four large bells donated by Spanish residents of Brazil and cast in Miranda de Ebro also stands outside the cathedral, to the right as visitors face the entrance. At the entrance of the cathedral is a pillar with passages from the life of Mary, mother of Jesus, painted by Athos. 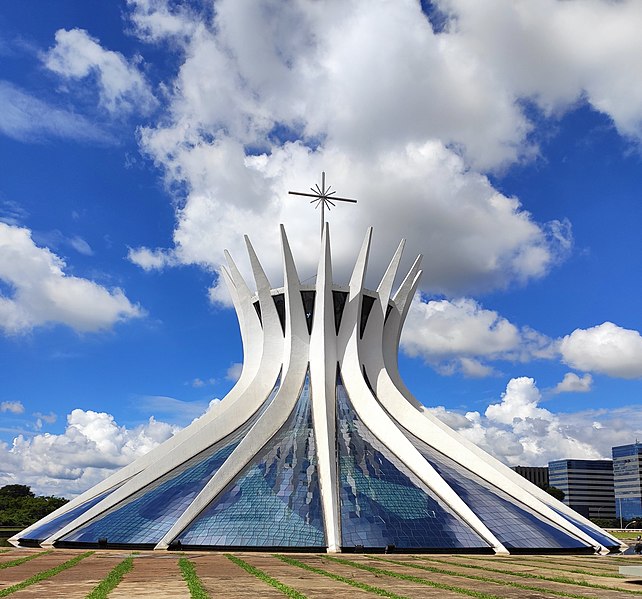 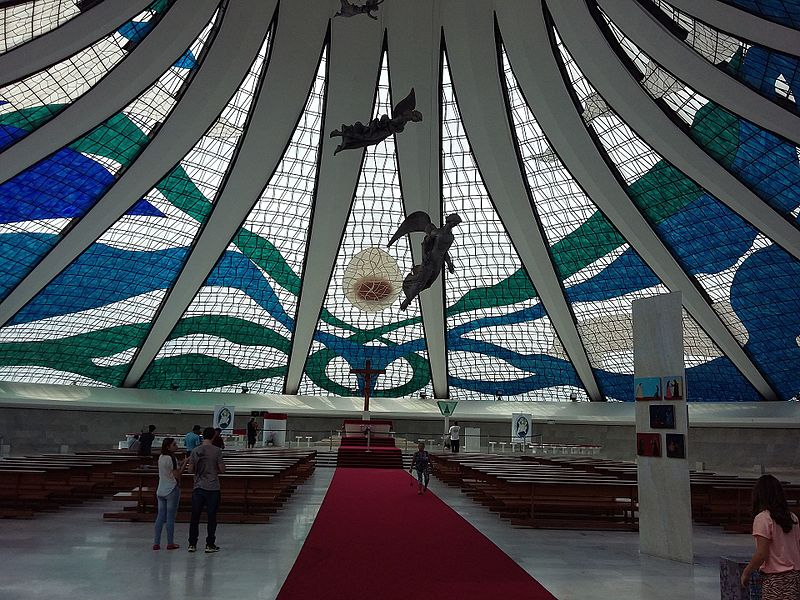 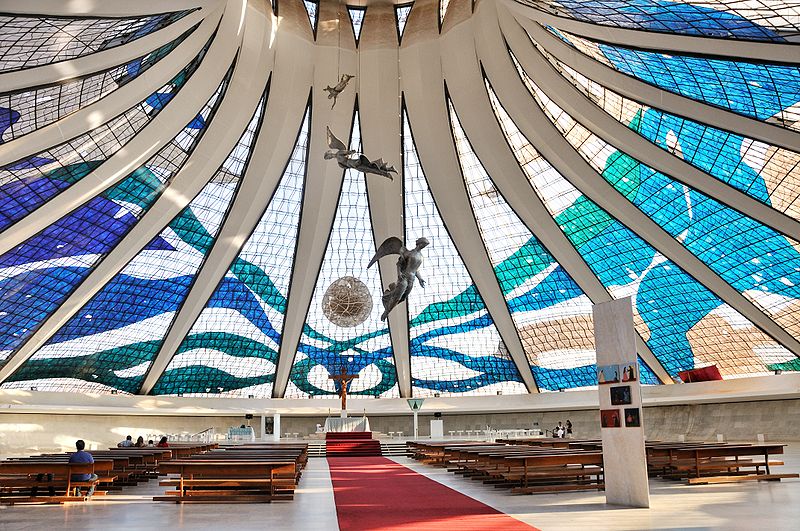 This concrete-framed hyperboloid structure, appears with its glass roof to be reaching up, open, to heaven. Most of the cathedral is below ground, with only the 70-meter diameter 42-meter roof of the cathedral, the ovoid roof of the baptistry, and the bell tower visible above ground. The shape of the roof is based in a hyperboloid of revolution with asymmetric sections. The hyperboloid structure consists of 16 identical concrete columns assembled on site. These columns, having hyperbolic section and weighing 90 tonnes, represent two hands moving upwards to heaven. 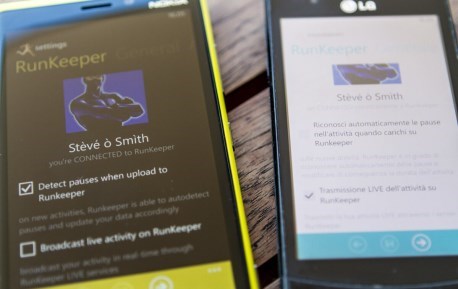 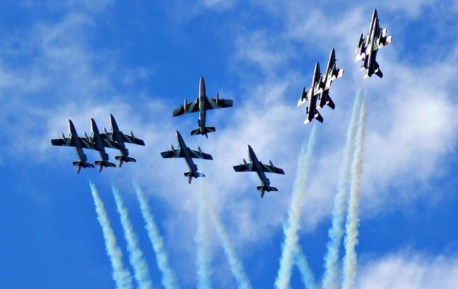 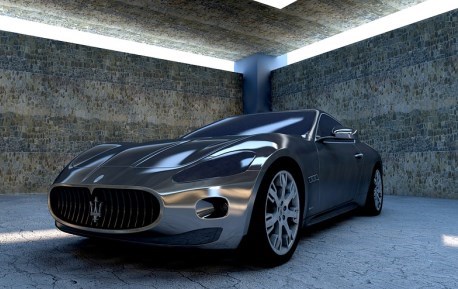 Top 10 companies with famous and best-selling products in Italy (P.1) 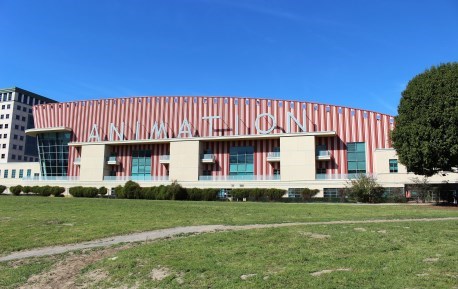 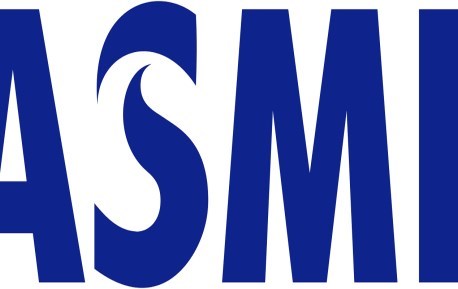 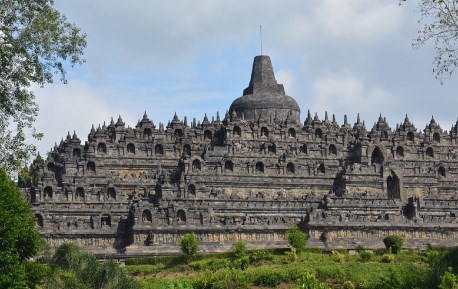