(Worldkings.org) It has been a UNESCO World Heritage Site since 1985. UNESCO has described Petra as "one of the most precious cultural properties of man's cultural heritage".

Petra , originally known to its inhabitants in as Raqmu or Raqēmō, is a historic and archaeological city in southern Jordan. Petra lies around Jabal Al-Madbah in a basin surrounded by mountains which form the eastern flank of the Arabah valley that runs from the Dead Sea to the Gulf of Aqaba.

The area around Petra has been inhabited from as early as 7000 BC, and the Nabataeans might have settled in what would become the capital city of their kingdom, as early as the 4th century BC. 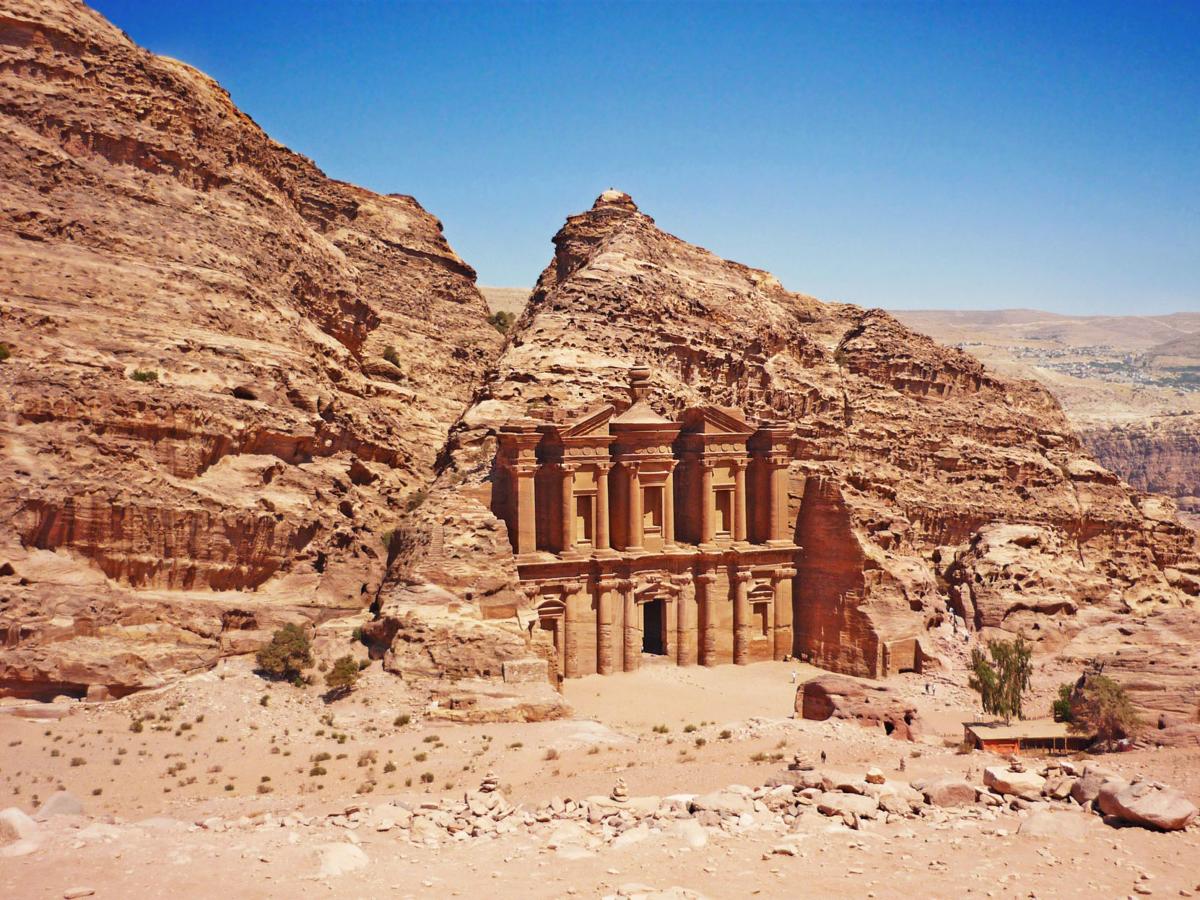 However, archaeological work has only discovered evidence of Nabataean presence dating back to the second century BC, by which time Petra had become their capital. The Nabataeans were nomadic Arabs who invested in Petra's proximity to the trade routes by establishing it as a major regional trading hub. 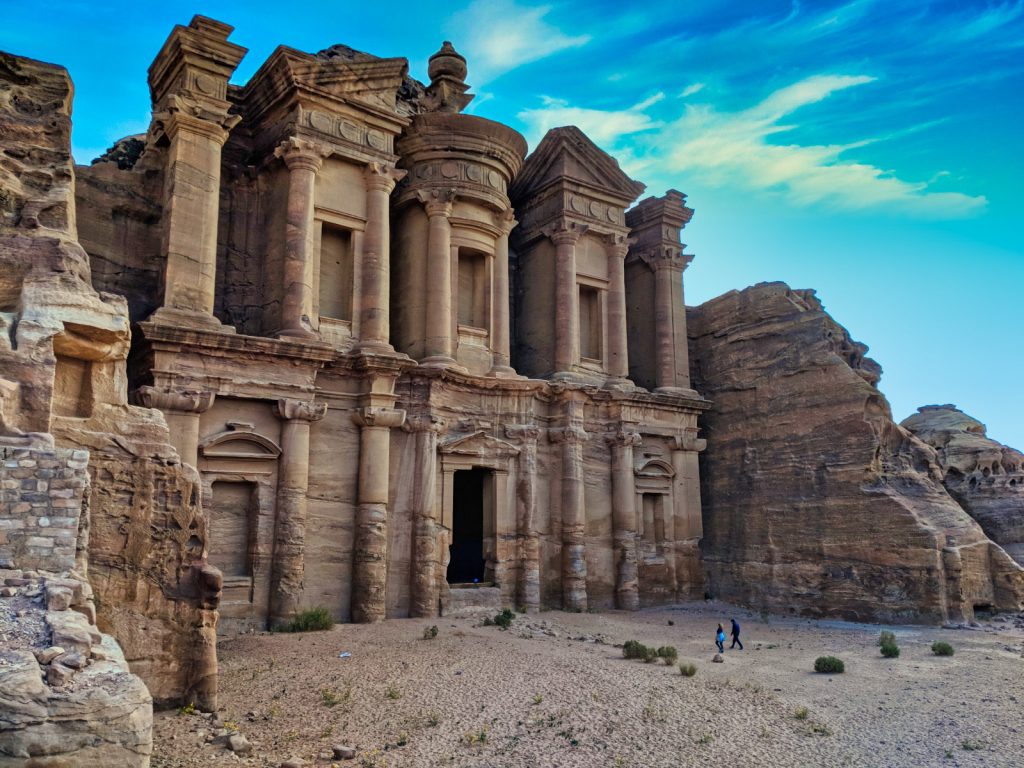 Access to the city is through a 1.2-kilometre-long (0.75 mi) gorge called the Siq, which leads directly to the Khazneh. Famous for its rock-cut architecture and water conduit system, Petra is also called the 'Rose City' because of the colour of the stone from which it is carved.

It has been a UNESCO World Heritage Site since 1985. UNESCO has described Petra as "one of the most precious cultural properties of man's cultural heritage". 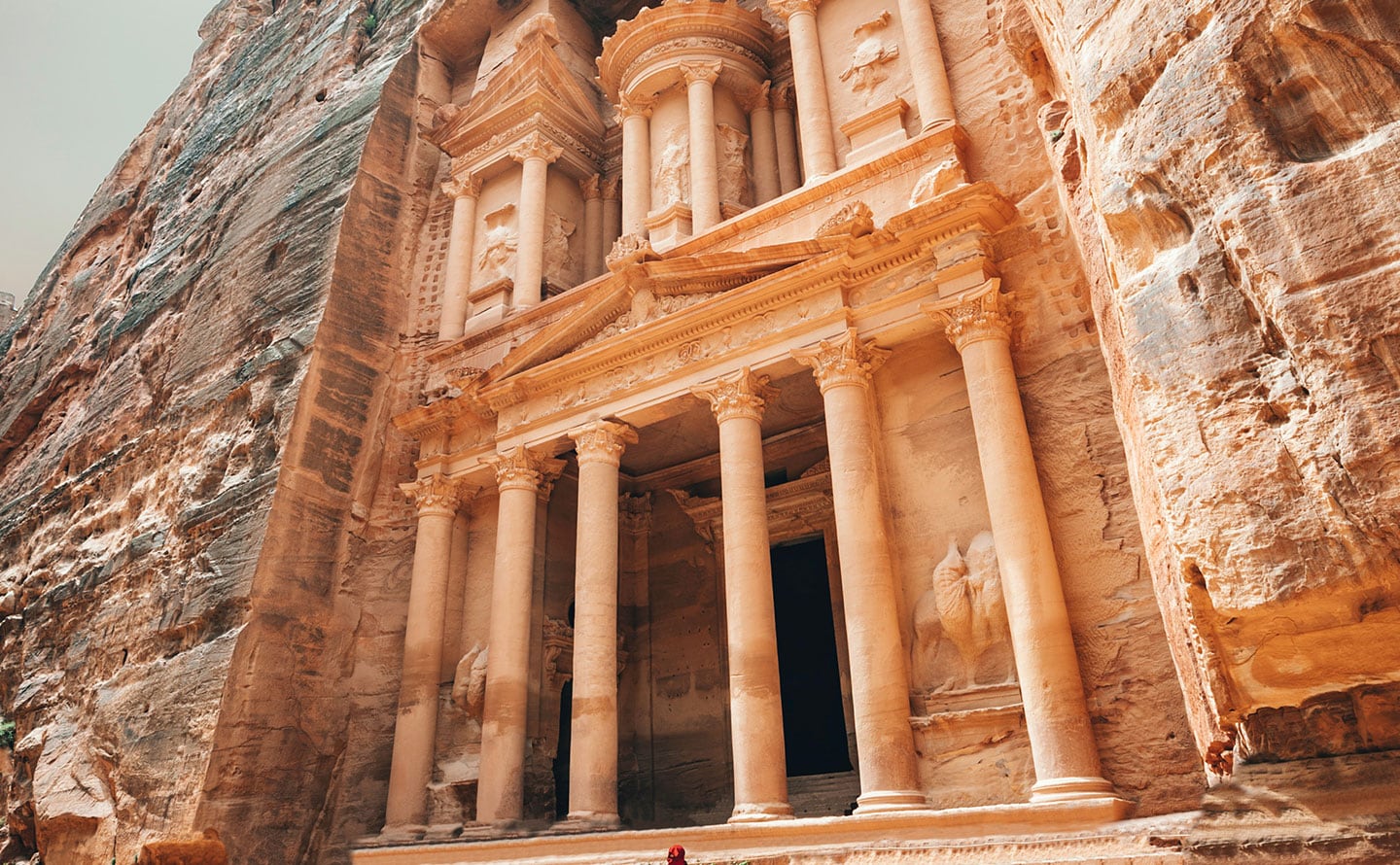 In 2007, Al-Khazneh was voted one of the New7Wonders of the World. Petra is a symbol of Jordan, as well as Jordan's most-visited tourist attraction. Tourist numbers peaked at 918,000 in 2010, but there followed a temporary slump during the political instability generated by the Arab Spring, which affected countries surrounding Jordan. Visitor numbers subsequently increased and reached a record-breaking 1.1 million tourists in 2019, marking the first time that the figure rose above the 1 million mark. 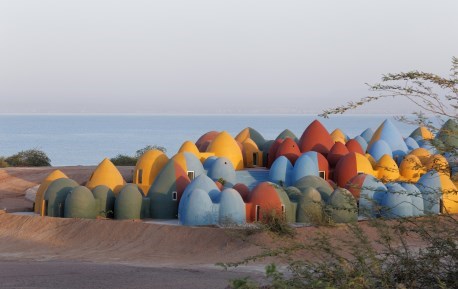 Unique architectural constructions around the world (P.92) - Presence in Hormuz 2: Colorful-Domed Housing Made Of Rammed Earth And Sand On Hormuz Island, Iran 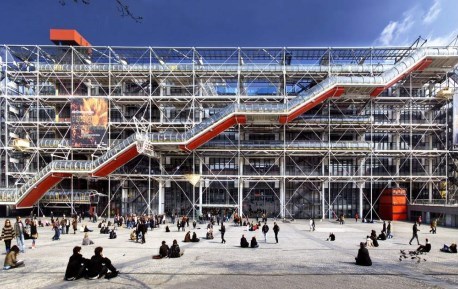 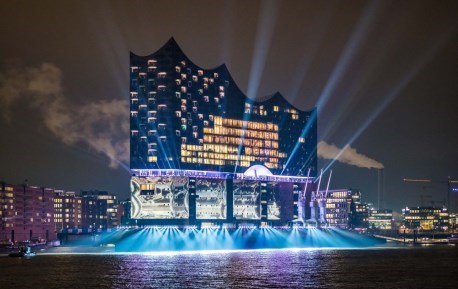 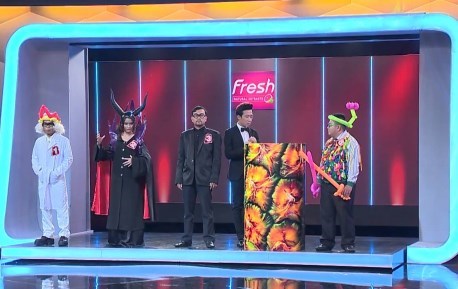 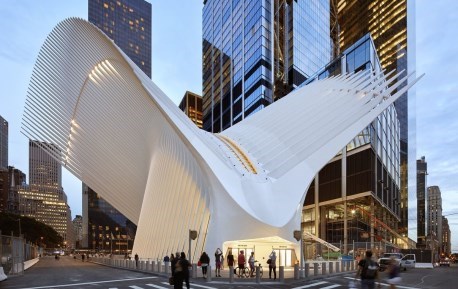 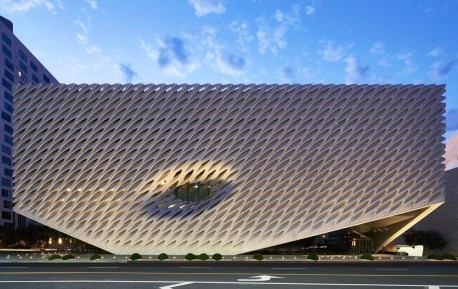