Le Morne Brabant is a peninsula at the extreme southwestern tip of the Indian Ocean island of Mauritius on the western side of the island. Mauritius was first discovered by the Arabs in 975 AD, then by the Portuguese between 1507 and 1513. Since then there have been periods of succession and colonization between the French, Dutch and British. The island gained independence in 1968 and became a republic in 1992.

It is highlighted by an eponymous basaltic monolith with a summit 556 meters above sea level. The summit covers an area of over 12 hectares. There are many caves and overhangs on the steep slopes. 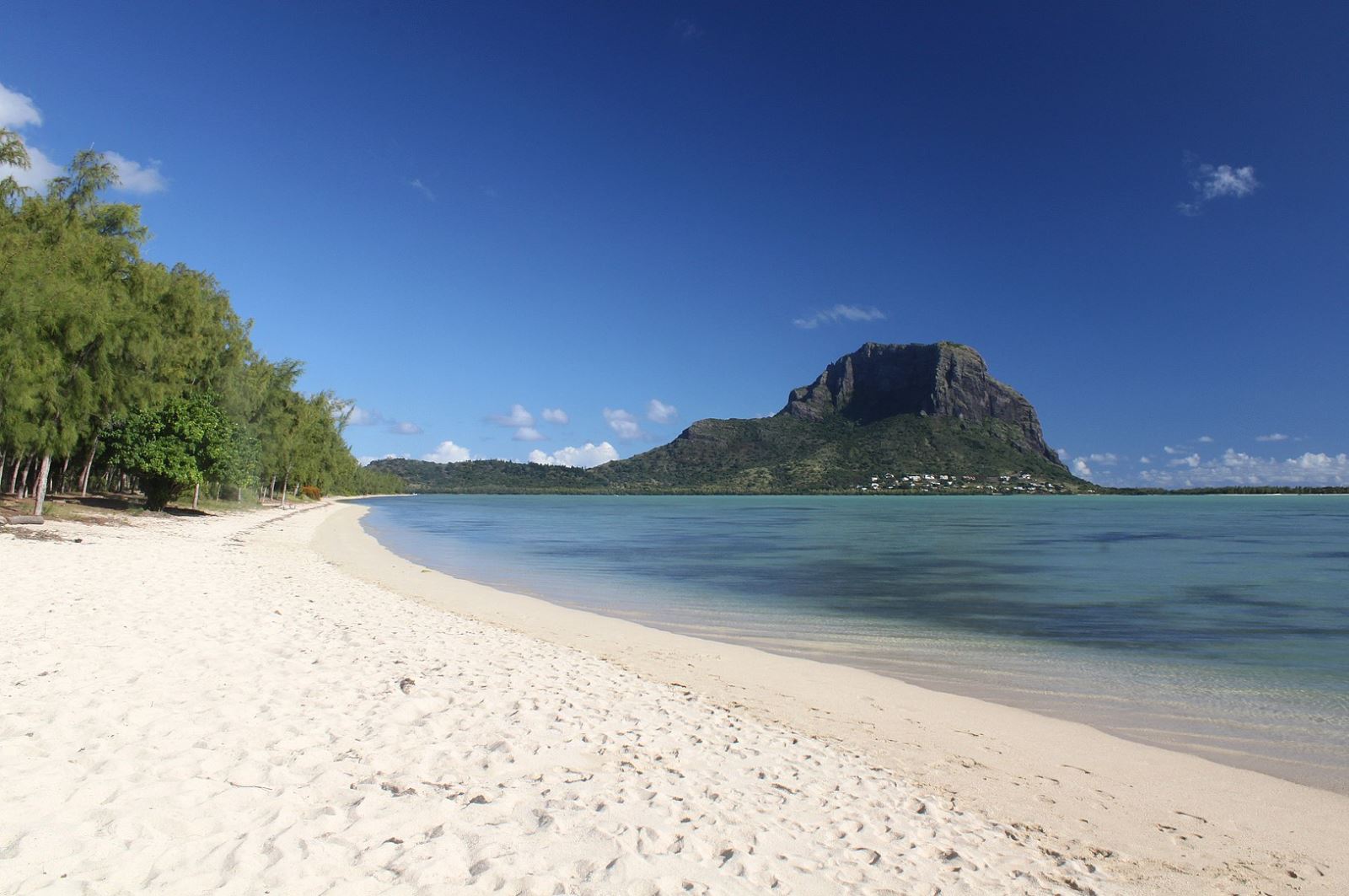 As it turns out, this striking sight is not the only natural wonder in this part of Mauritius. The peninsula sits on a lagoon, but at one point a gap in the reef gives way to an open ocean and a deep trench has formed. The effect of this sudden drop-off, pulling water and silt into its depths, is the optical illusion of an underwater waterfall. 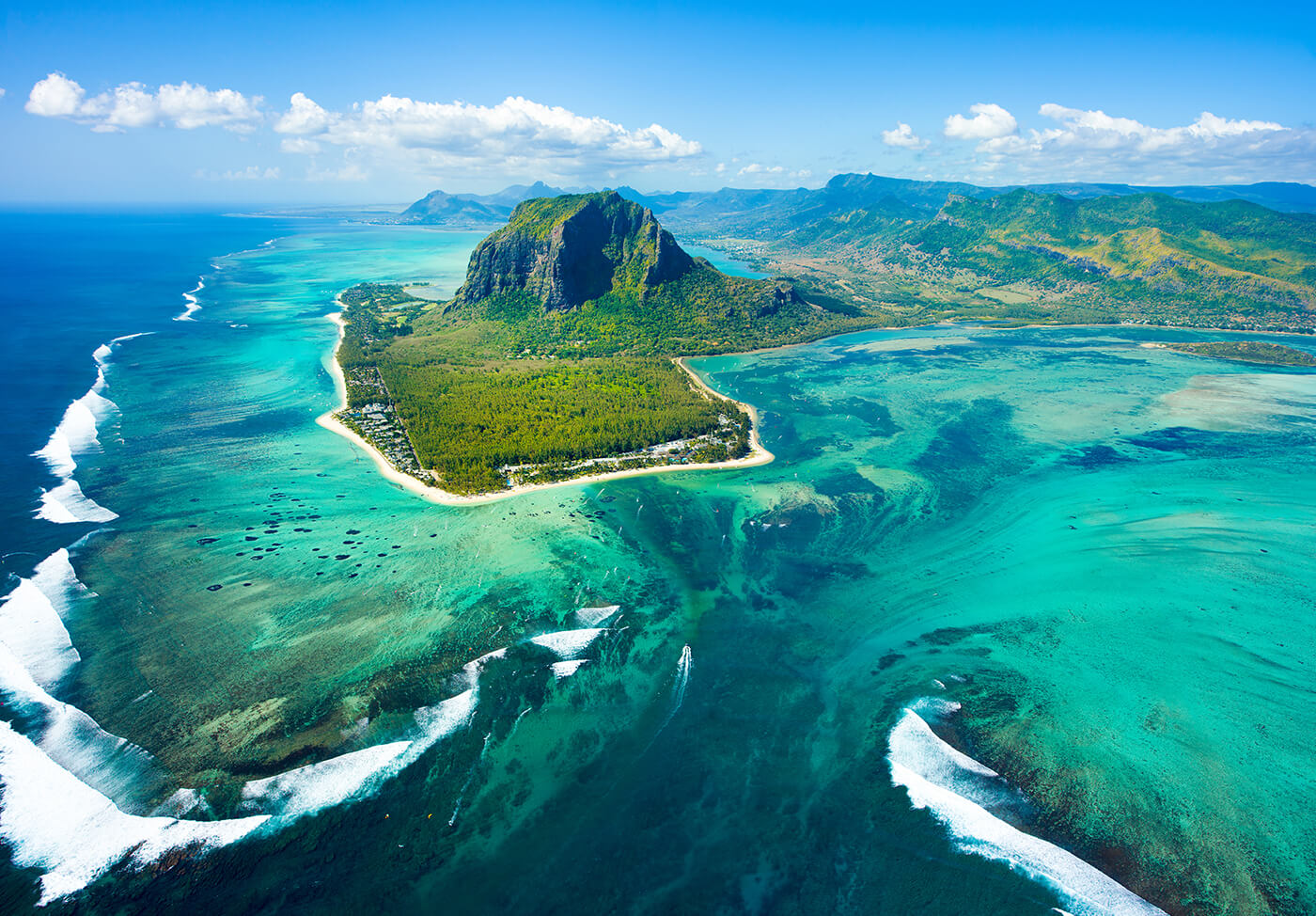 The underwater waterfall of Mauritius is a wonderful natural illusion. It is located southwest of the island off the coast of Le Morne village. Le Morne beach is, in fact, one of the most beautiful beaches of Mauritius and thus attracts locals and tourists alike all year long. It is also a well-known spot for kite surfing and deep-sea fishing. It represents a testimony to maroon as Mauritius was an important stopover in the eastern slave trade back in the 1800s. 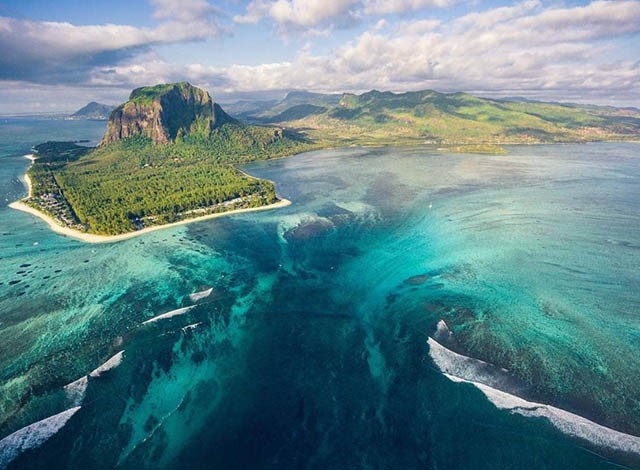 The ocean is made up of two different layers of water: warm, light water and cold, dense water. Water in the upper surfaces of the ocean evaporates quickly. So, it becomes lighter as its density lowers. Basically, light does not go beyond 1000 meters in the sea. Thus, water in those layers is cold, and heavy and tends to sink to the bottom. The thermocline, a region of transition from surface to deep water, separates these two water bodies. Ocean currents ensure circulation within these two water bodies. 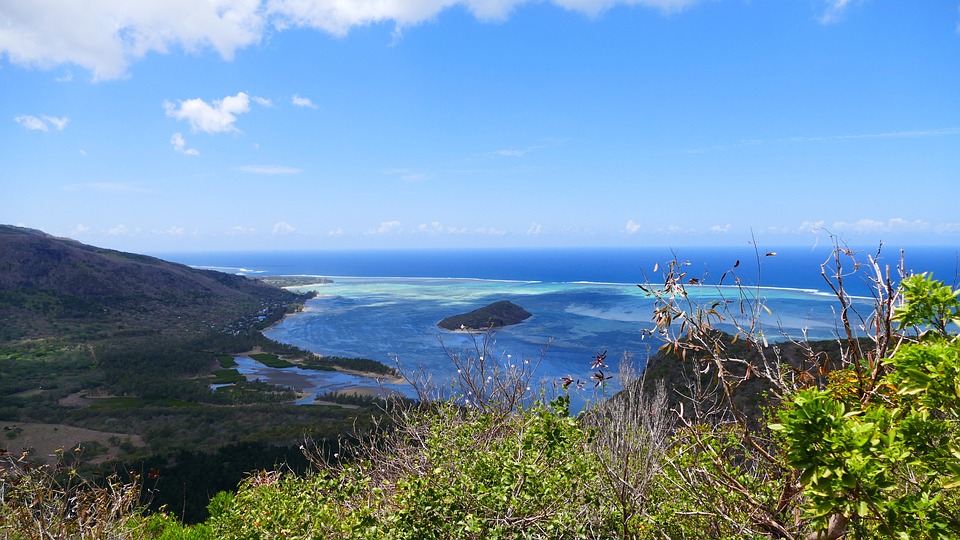 However, this phenomenon is visible only from above. As a result, many people have missed out on the sight when trying to catch a glimpse from the beach or on boats. It can be seen atop Le Morne Mountain, on helicopters, or by drones. It is important to realize that it is only an optical illusion and not a real underwater waterfall like the Denmark Strait. The underwater waterfall of Mauritius is not a dangerous place; all sorts of marine activities take place right there. Some tour operators even propose visits to underwater caves in that region. 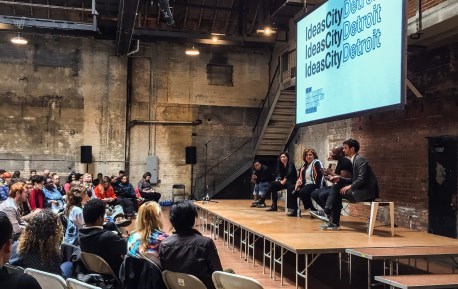 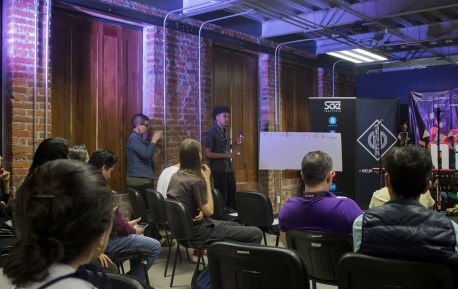 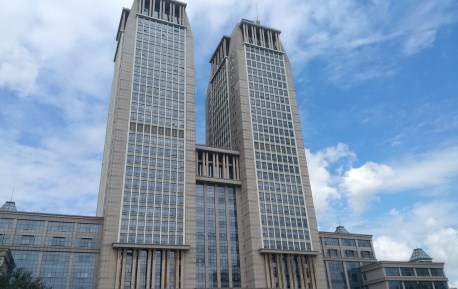 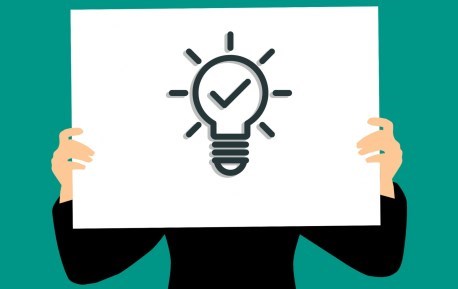 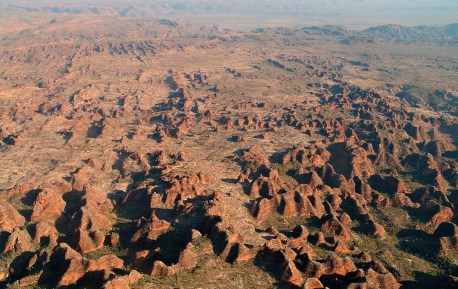 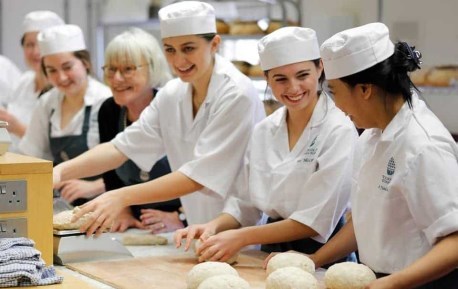