(WorldKings.org) Reynisfjara is a world-famous black-sand beach found on the South Coast of Iceland, just beside the small fishing village of Vik í Myrdal.

Reynisfjara was formed due to the volcanic activity in the area during the last few centuries. Each time the dangerous Katla volcano erupted, the lava reached the North Atlantic Ocean. Once lava and sea get in contact with each other, lava instantly cools down, hardens, and becomes black. And this is the reason why the black sand beaches are black. Eventually, the volcanic lava heavily erodes over time, making the lava rocks as small as sand. 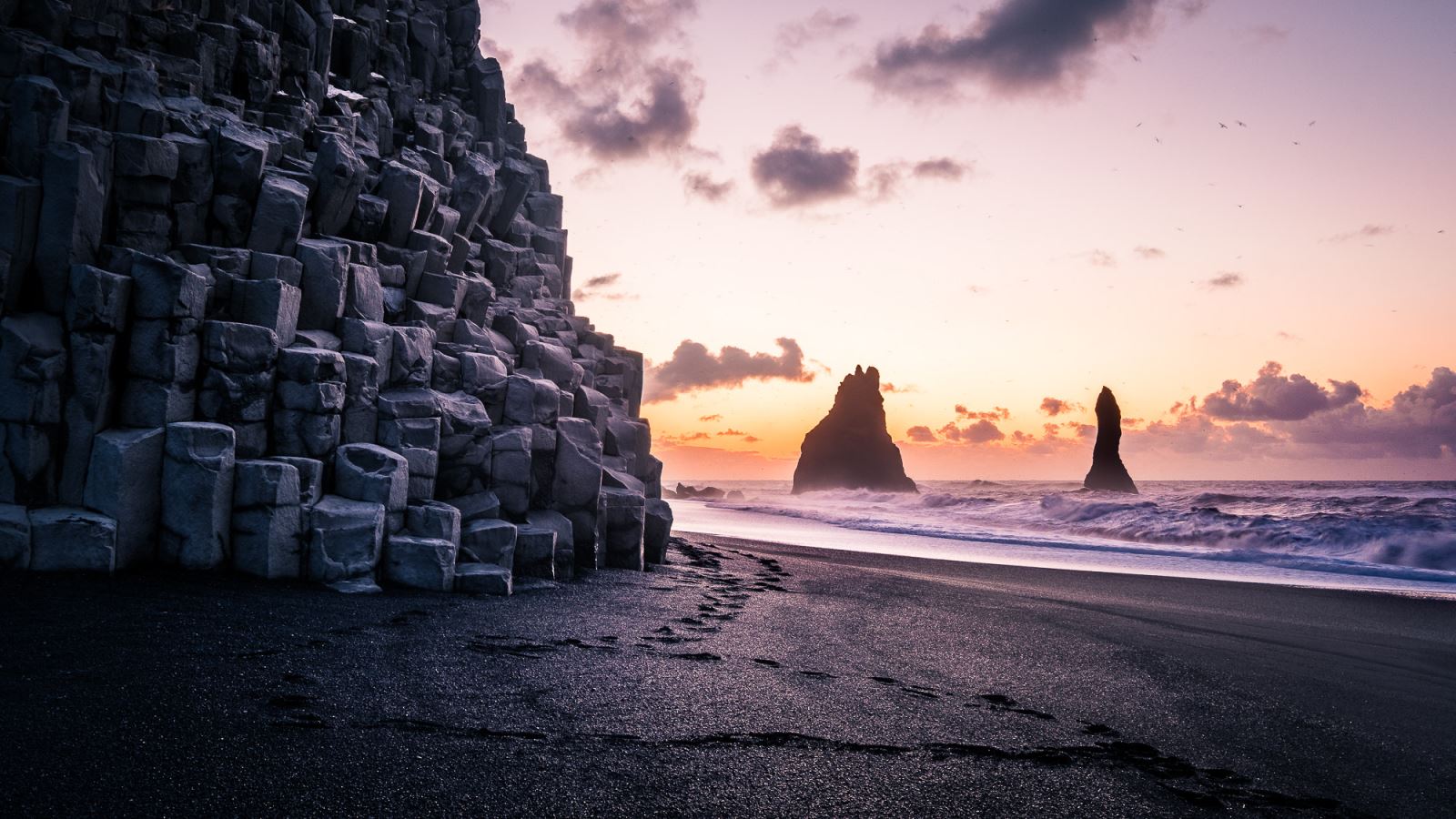 Reynisfjara translates to “Reynir’s beach” in Icelandic. Reynir is the name of the area that was colonized by Björn from Valdresi in Norway. In the late 9th century, when Iceland was just an empty land with almost no inhabitants, Norwegians found Iceland in the middle of the North Atlantic Ocean and took over the land (due to a large number of fish). The rules at the times were: first comes, first takes – and so was the case with Norwegian settlers. 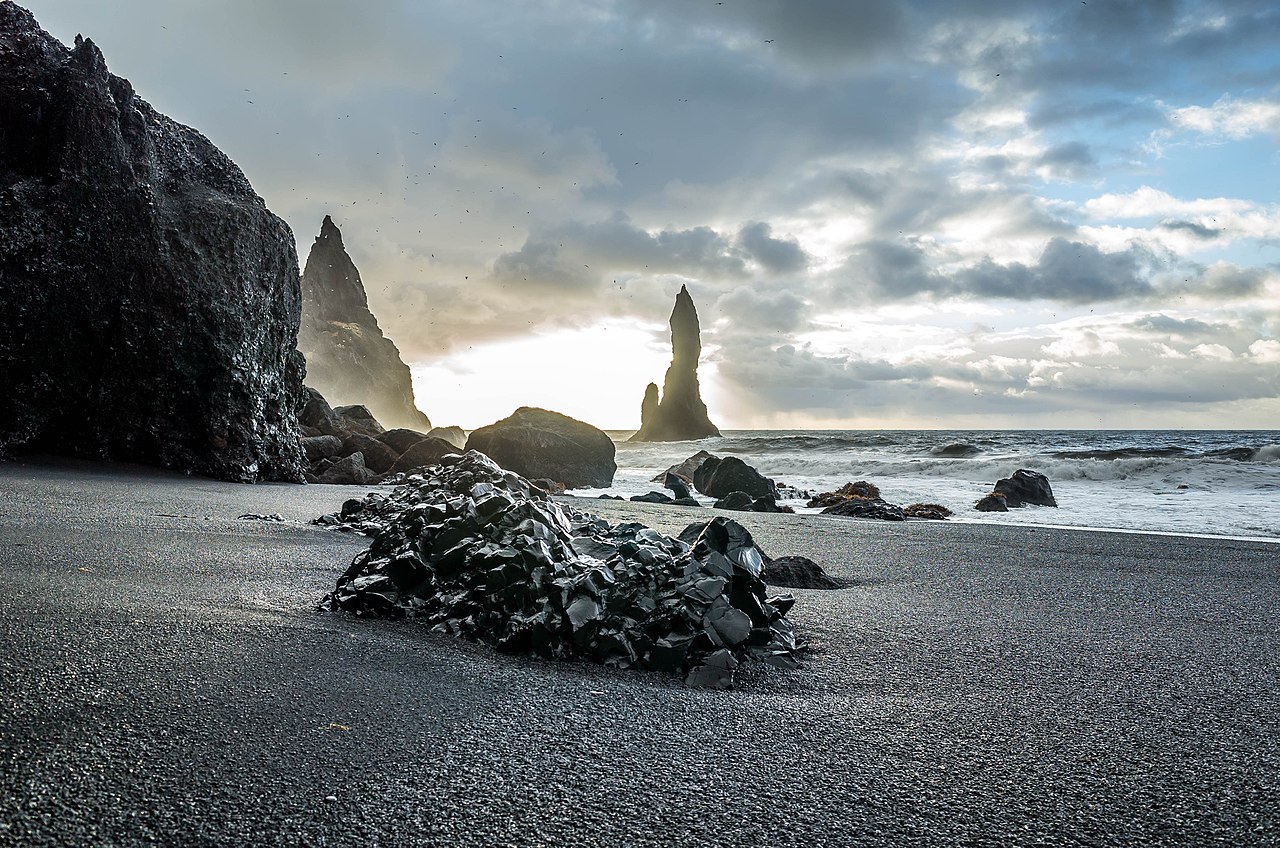 Upon visiting the beach, travelers will immediately observe rocky sea stacks sitting off the shoreline, known as Reynisdrangar.

According to local folklore, these large basalt columns were once trolls trying to pull ships from the ocean to shore. However, these trolls were dim and went out too late in the night; dawn broke on the horizon, turning the trolls into solid stone. 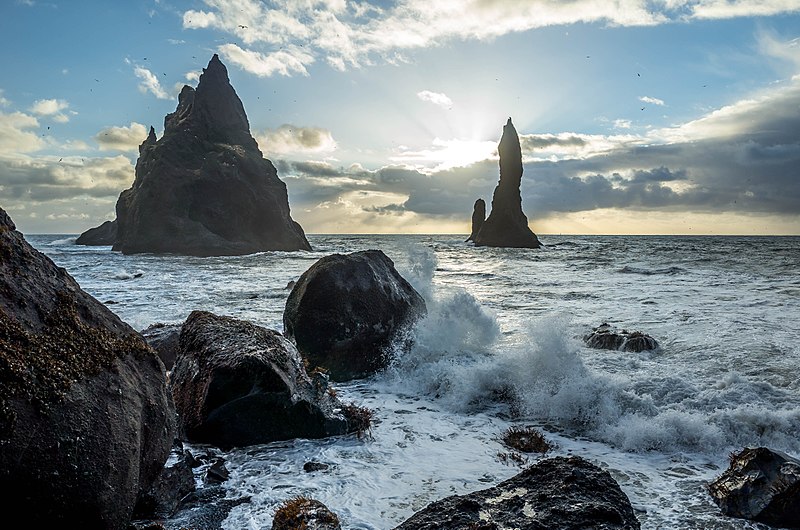 Another legend tells of a husband whose wife was kidnapped and killed by two trolls. The man followed the trolls down to Reynisfjara where he froze them, ensuring that they would never kill again.

So mesmerizing are Reynisdrangar that they were featured in Season 7 of the HBO Series Game of Thrones, you can spot them in a few scenes shot ‘North of the Wall’.

The sea stacks themselves are home to thousands of nesting seabirds. Species that can be found nesting on the cliffs include puffins, fulmars, and guillemots, making it a must-see location for birdwatchers. 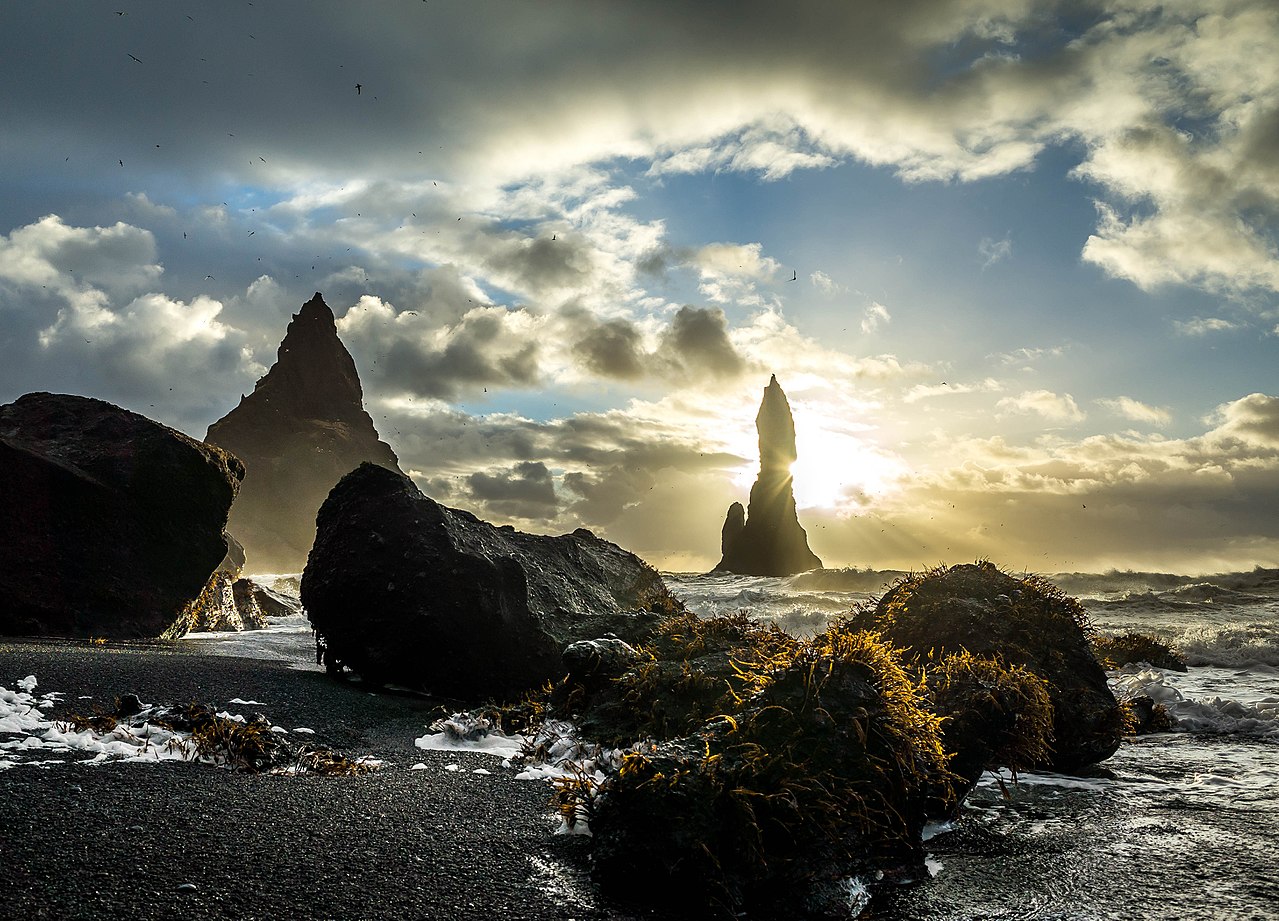 Visitors to Reynisfjara must be made well aware of the potential dangers present at the beach. First of all, the roaring waves of Reynisfjara are particularly dangerous, often pushing further up the beach than many would expect.

These are called sneaker waves, and they can appear when least expected, even on incredibly still days. There are no significant landmasses in between Antarctica and the shores of Reynisfjara, meaning waves have thousands of kilometers to build.

Visitors are advised to never turn their back on the waves, and keep a safe distance of at least 30 meters. 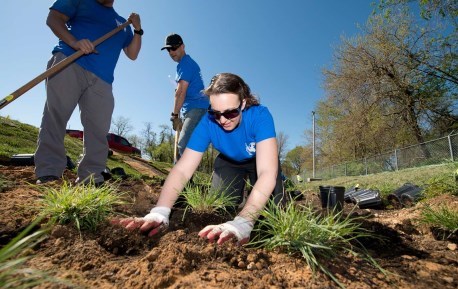 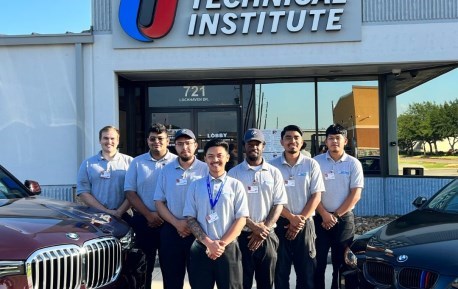 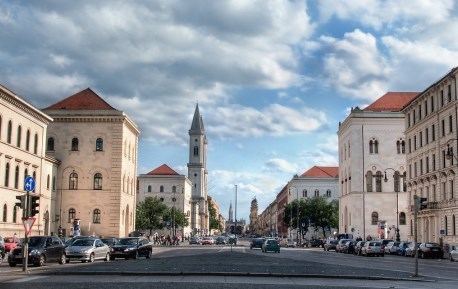 [WORLDKINGS] Top 100 most renowned universities in the world (P. 39) Technical University of Munich (Germany): Leading Institute of Technology in the European Union 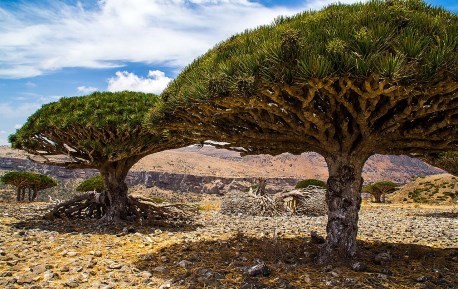 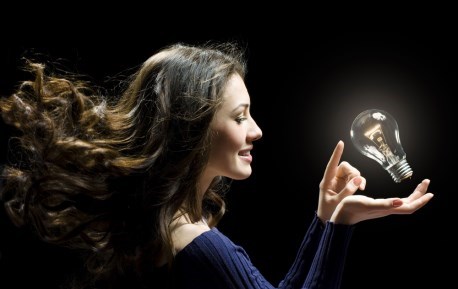 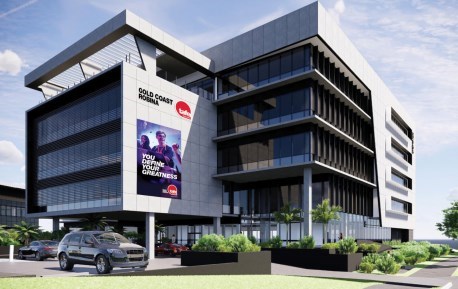