Top 100 iconic landmarks of the world (P.67) Rialto Bridge: A poetic landmark in the landscape of Venice city

(WorldKings.org) The Temple of Heaven was inscribed as a World Heritage site in 1998 and was described as "a masterpiece of architecture and landscape design which simply and graphically illustrates a cosmogony of great importance for the evolution of one of the world's great civilizations..." as the "symbolic layout and design of the Temple of Heaven had a profound influence on architecture and planning in the Far East over many centuries."

The Temple of Heaven is an imperial complex of religious buildings situated in the southeastern part of central Beijing. The complex was visited by the Emperors of the Ming and Qing dynasties for annual ceremonies of prayer to Heaven for a good harvest. 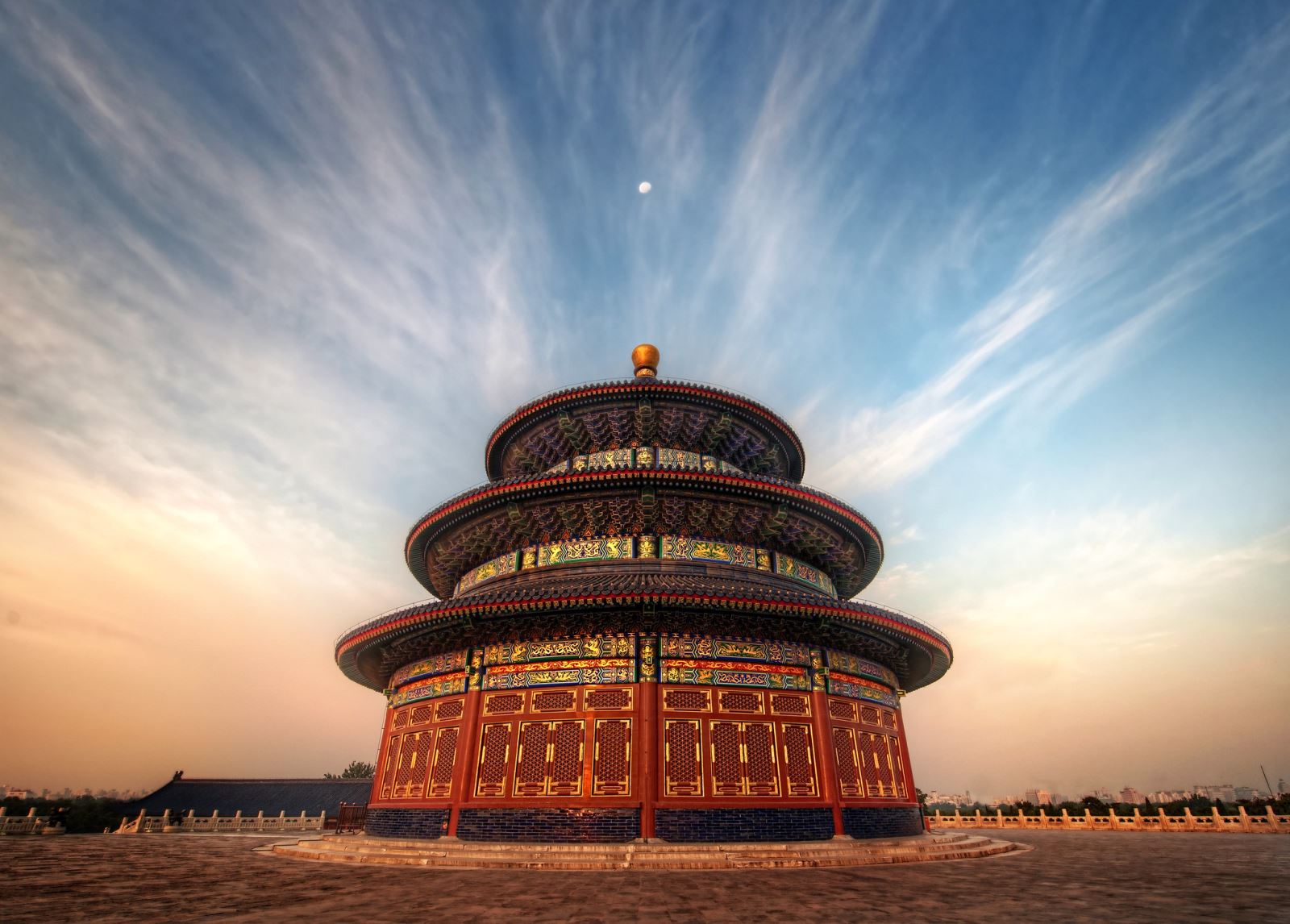 The Temple grounds cover 2.73 km2 of parkland and comprise three main groups of constructions, all built according to strict philosophical requirements: 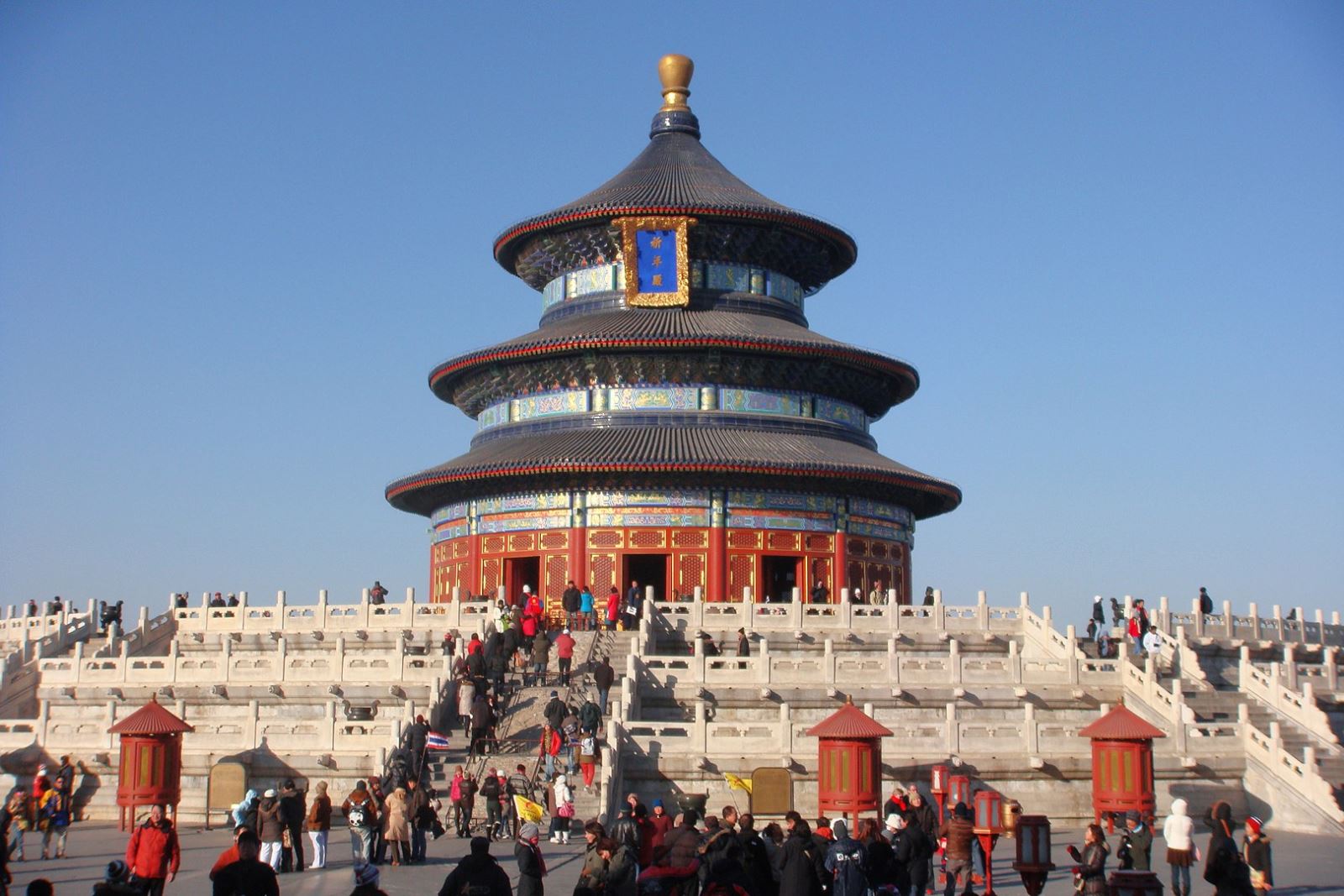 Earth was represented by a square and Heaven by a circle; several features of the temple complex symbolize the connection of Heaven and Earth, of circle and square. The whole temple complex is surrounded by two cordons of walls; the outer wall has a taller, semi-circular northern end, representing Heaven, and a shorter, rectangular southern end, representing the Earth. Both the Hall of Prayer for Good Harvests and the Circular Mound Altar are round, each standing on a square yard, again representing Heaven and Earth. The number nine represents the Emperor and is evident in the design of the Circular Mound Altar: a single round marmor plate is surrounded by a ring of nine plates, then a ring of 18 plates, and so on for a total of nine surrounding rings, the outermost having 9×9 plates. 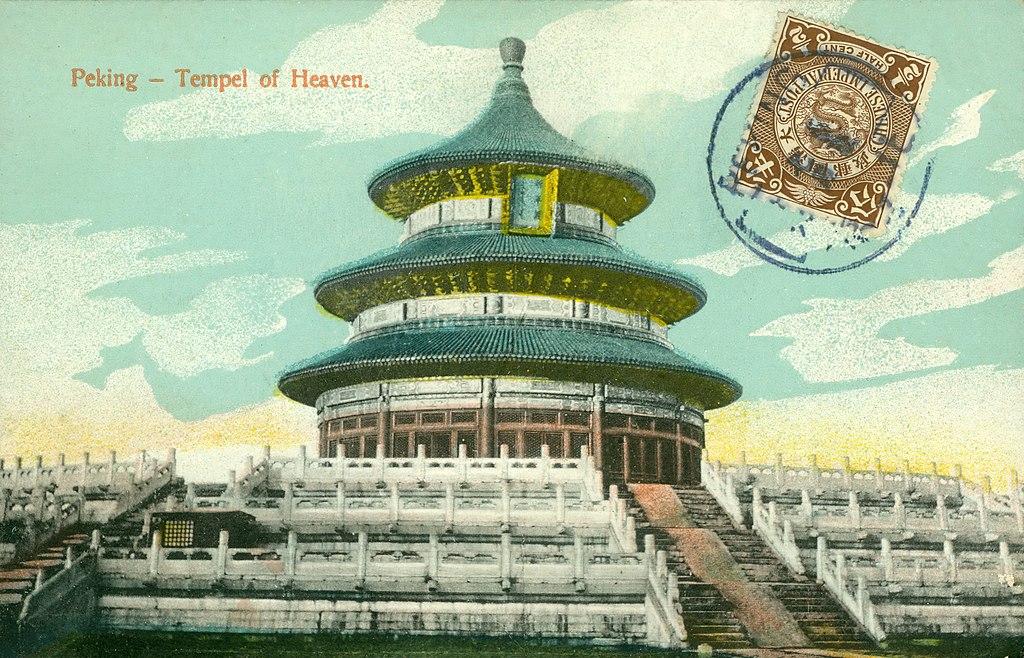 The Seven-Star Stone Group, east of the Hall of Prayer for Good Harvest, represents the seven peaks of Taishan Mountain, a place of Heaven worship in classical China.

There are four main supportive, dragon pillars each representing a season. The structure, held up by these dragons, imitates the style of an ancient Chinese royal palace. Twelve inner pillars symbolize the lunar months, and it is thought that the twelve outer pillars refer to the 12 two-hour periods of the day. 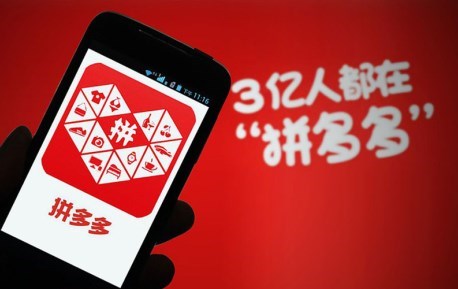 Top 50 largest internet companies in the world 2022 (P.10) Pinduoduo: A new revolution of ecommerce in China 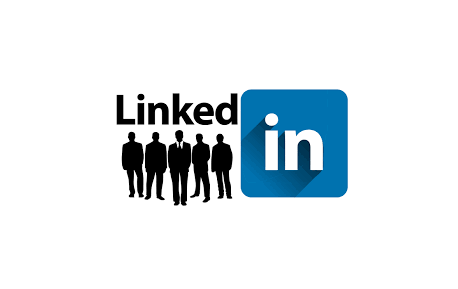 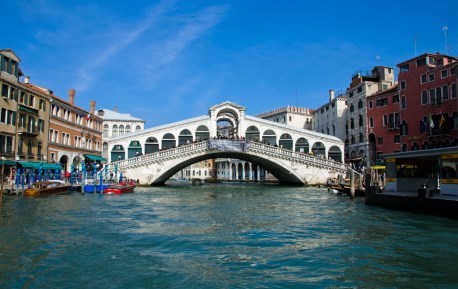 Top 100 iconic landmarks of the world (P.67) Rialto Bridge: A poetic landmark in the landscape of Venice city 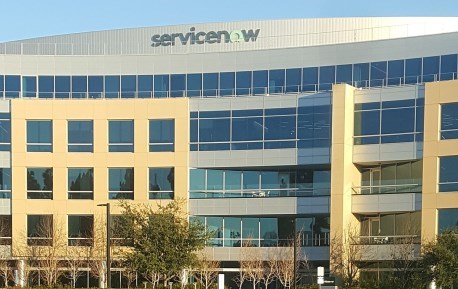 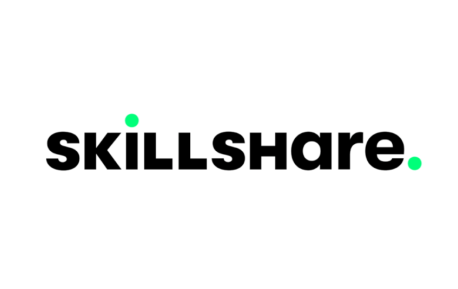 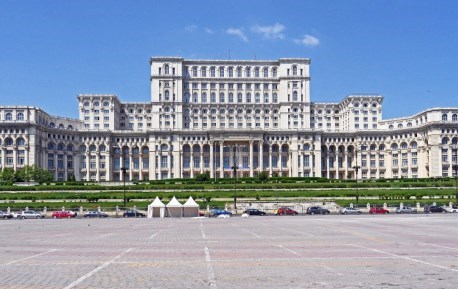 Top 100 iconic landmarks of the world (P.66) Palace of the Parliament: The must-see destination of Bucharest