Top 100 iconic landmarks of the world (P.31) Dancing House: The unique building in the heart of Europe

(WorldKings.org) The general shape of the building is now featured on a gold 2,000 Czech koruna coin issued by the Czech National Bank.

The Dancing House, or Fred and Ginger, is the nickname given to the Nationale-Nederlanden building on the Rašín Embankment in Prague, Czech Republic. It was designed by the Croatian-Czech architect Vlado Milunić in cooperation with Canadian-American architect Frank Gehry on a vacant riverfront plot. 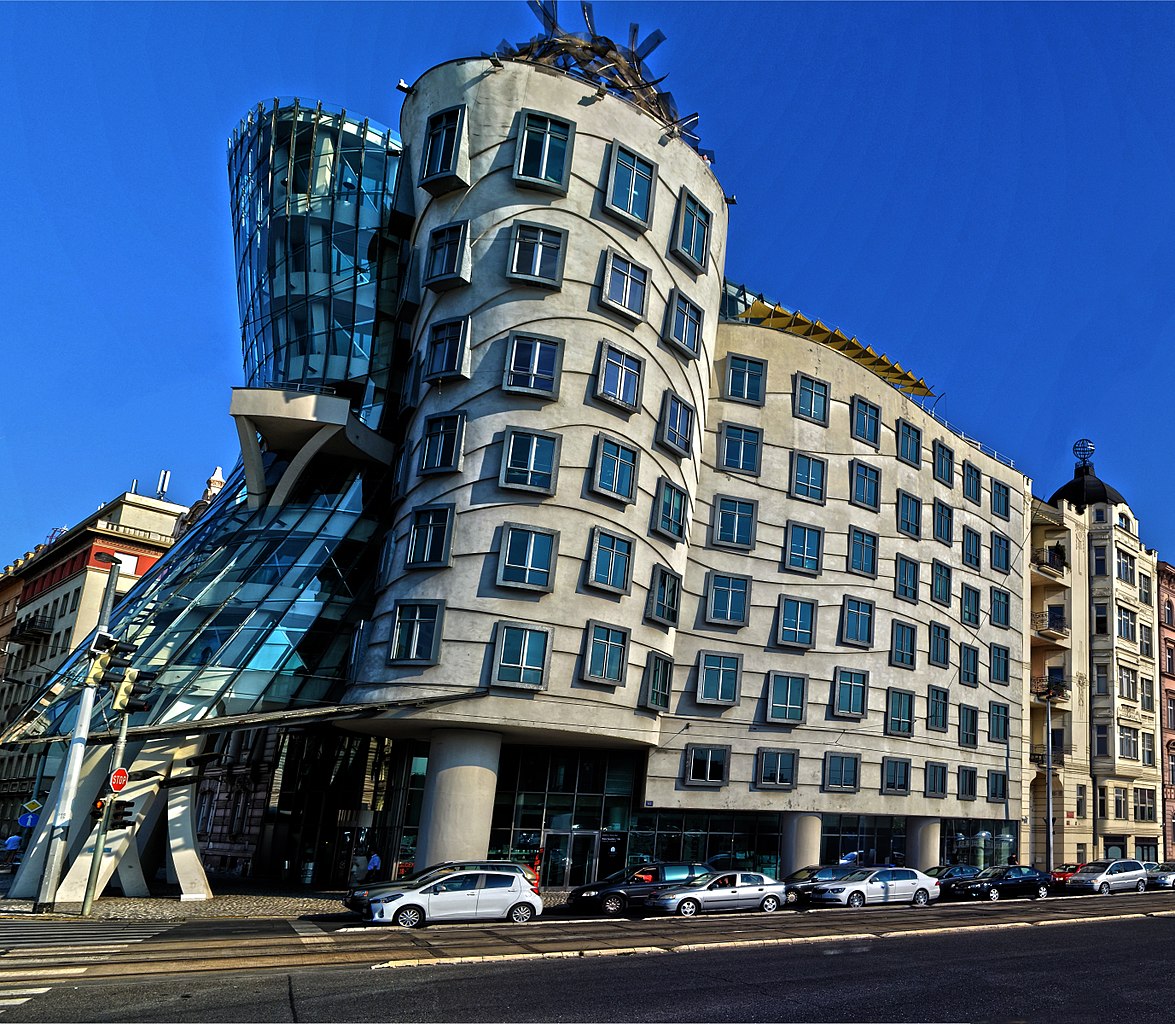 Gehry originally called the house Fred and Ginger (after the dancers Fred Astaire and Ginger Rogers – the house resembles a pair of dancers) but this nickname is now rarely used. Gehry himself later discarded his own idea, as he was "afraid to import American Hollywood kitsch to Prague".

The style is known as deconstructivist ("new-baroque" to the designers) architecture due to its unusual shape. The "dancing" shape is supported by 99 concrete panels, each with a different shape and dimension. On the top of the building is a large twisted structure of metal nicknamed Mary. 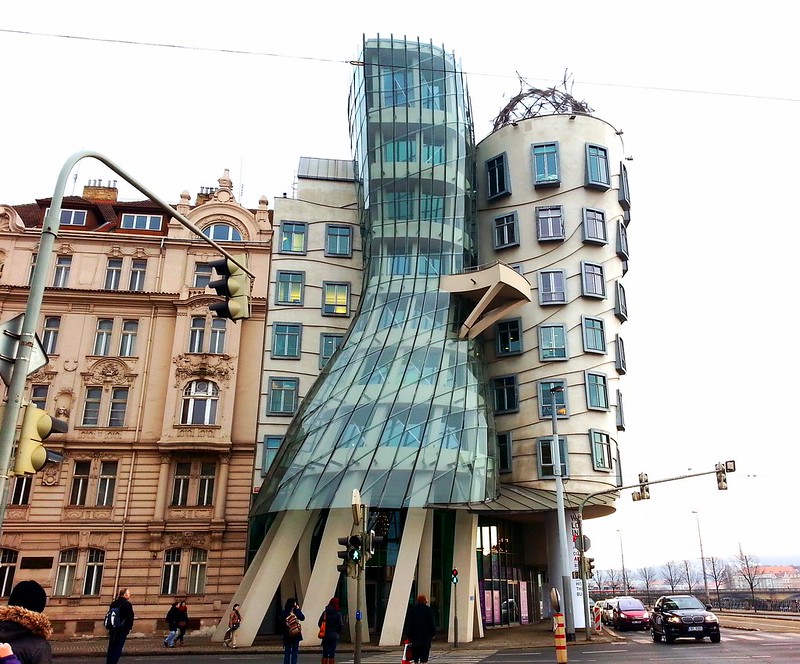 In the middle of a square of buildings from the eighteenth and nineteenth centuries, the Dancing House has two main parts. The first is a glass tower that narrows at half its height and is supported by curved pillars; the second runs parallel to the river and is characterized by undulating moldings and unaligned windows.

This design was driven mainly by aesthetic considerations: aligned windows would make it evident that the building has two more floors, although it is the same height as the two adjacent nineteenth-century buildings. The windows have protruding frames, such as those of paintings, as the designer intended for them to have a three-dimensional effect. The winding moldings on the façade also serve to confuse perspective and diminish contrast with the surrounding buildings. 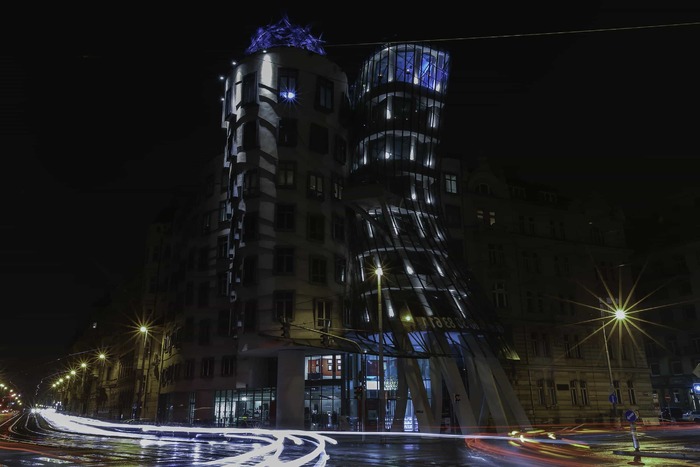 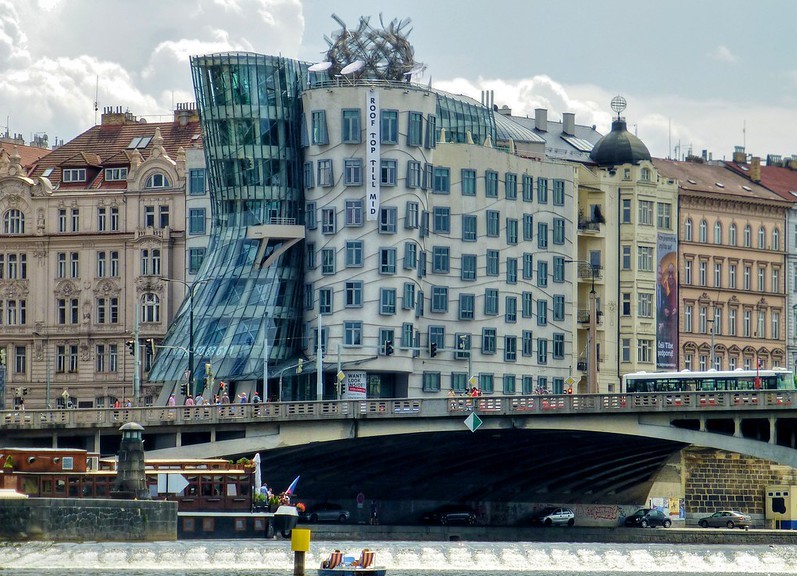 The general shape of the building is now featured on a gold 2,000 Czech koruna coin issued by the Czech National Bank. The coin completes a series called "Ten Centuries of Architecture". The Dancing House won Time magazine's design contest in 1997. 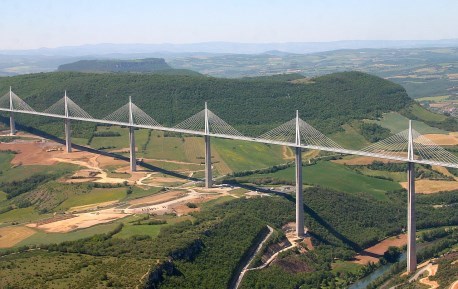 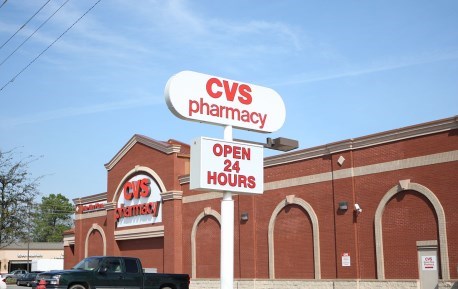 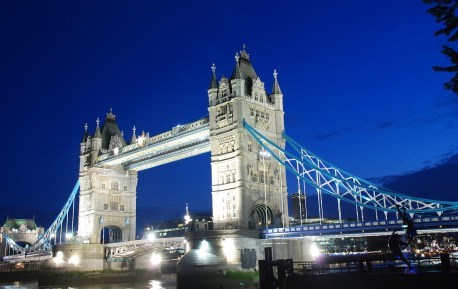 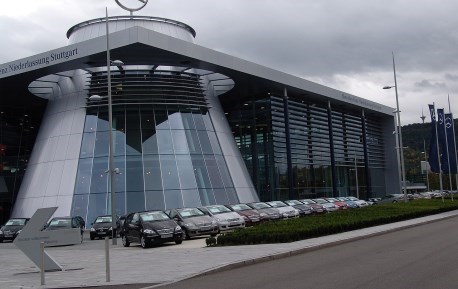 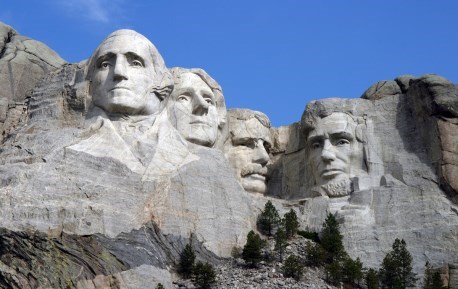 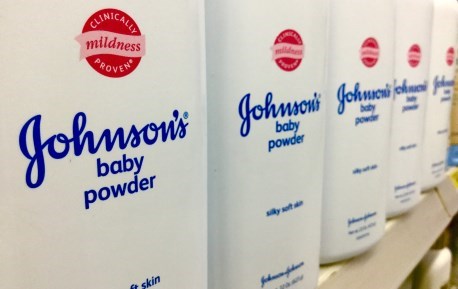 Top 50 largest companies in the world 2022 (P.40) Johnson & Johnson: The seniority pharmaceutical and medical corporation of the United States