Marie Hunt- the oldest student in the World

(Worldkings) Marie Hunt may have got her high school diploma 87 years after she normally may have but as the saying goes: better late than never. 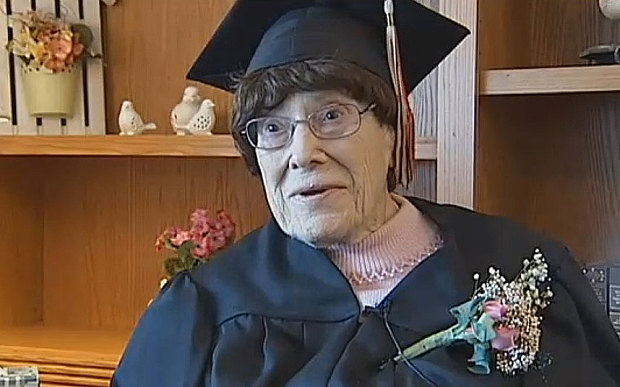 Proving that it is never too late to complete one's education, one American woman has been awarded her high school diploma at the age of 103.

Marie Hunt, from Wisconsin, was unable to complete her studies after the eighth grade and left because she was unable to commute. Instead, Ms Hunt helped to raise her eight younger brothers and sisters, WKOW reported.

She would have graduated in 1928 had she not been forced to leave but now after pursuing the chance to complete her education, Ms Hunt has a diploma from River Valley High School.

"It was something I always wanted and I didn't have the opportunity to go. Now [almost] 100 years later, here I am!" she said.

Ms Hunt, who lives in an assisted living home, said she was grateful for the support she received from her hospice nurse who spoke to officials.

She did not mention further pursuing her studies but added she might have been university "material".