Bagan, Myanmar- Ancient Capital of Buddhism that has most pagoda and tower in the World

(Worldkings) Located in the Mandalay Region of Burma, on the bank of the Ayeyarwady River, Bagan is home to the largest and densest concentration of Buddhist Temples, Pagodas, Stupas and Ruins in the World. It is seen by many as equal in attraction to Angkor Wat in Cambodia and Borobodur Temple in Malaysia. 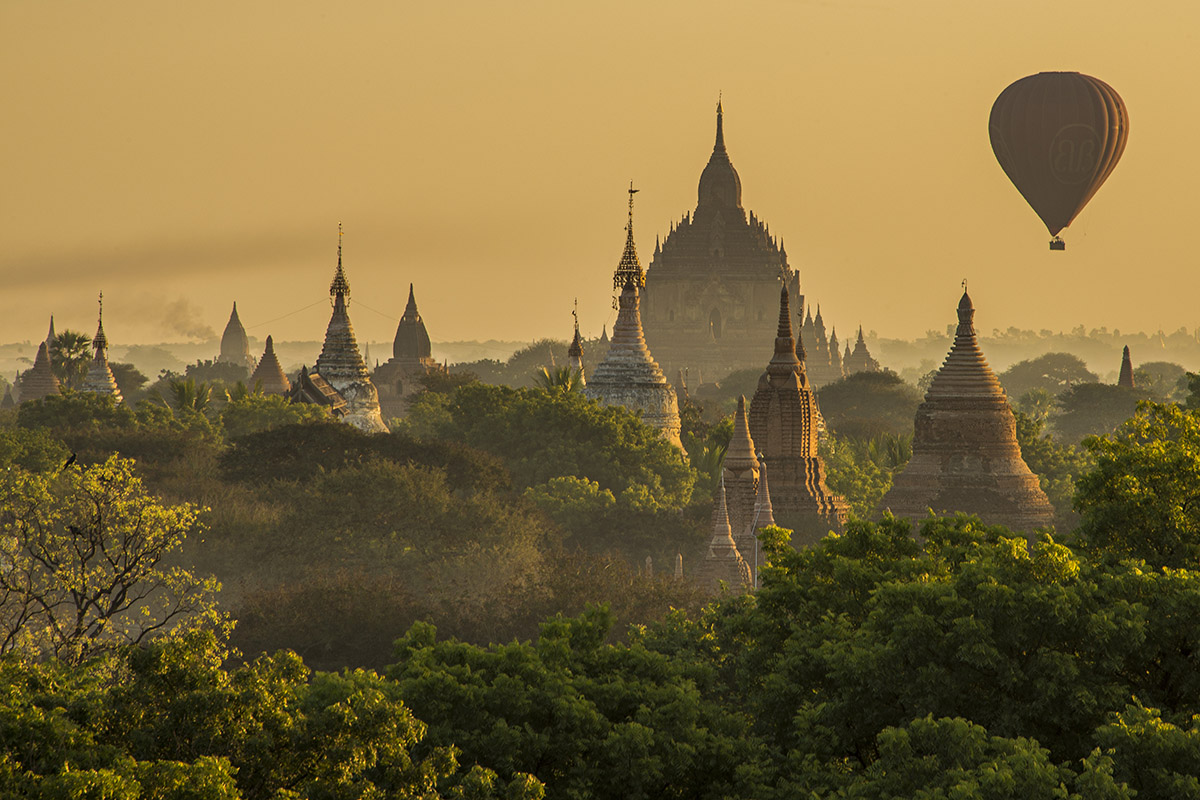 Bagan became the central powerbase in the mid 9th Century under King Anawratha, who unified Burma under Theravada Buddhism ( Original Buddhism). Within 250 years (since the mid of 11th Century to 13th Century), It is estimated that as many as 13,000 temples and stupas once stood on this 42 sq km plain in Central Myanmar, and Marco Polo once described Bagan as a "gilded city alive with tinkling bells and the swishing sounds of monks' robes". But due to the limitation of the building material (most of the temples and stupas were built by wood, that can be easily destroy by the weather and war), just pproximately 2,200 remain today, in various states of disrepair. Some are large and well maintained, such as the Ananda Pahto, others are small tumbledown relics in the middle of overgrown grass. All sites are considered sacred, so when visiting, be respectful including removing shoes as well as socks before entering or stepping onto them.