(WorldKings.org) We usually start by learning how to strum an acoustic guitar. It may be a classical guitar with nylon strings, or an archtop, or even one with steel strings. Or to have that real rockstar feeling, we eventually learn how to play solid-bodied electric guitars, in which tones can be manipulated electronically with the use of an amplifier. The influence of this instrument has been massive. It is the instrument of choice in different genres of music, from rock and bluegrass to country and punk. Some guitars have become as legendary as the guitarist themselves. Here are the top ten most expensive guitars in the world. 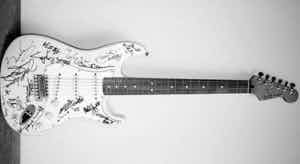 In 2004, a calamity struck several nations along the Indian Ocean when a tsunami hit the area. Relief efforts were conducted, and noted musicians were at the forefront. To help raise money, a Fender Strat was auctioned off, with the money going to the victims of the tsunami. It may not have the history of the legendary guitars used by famous guitarists, but it did have the signature of some of the best string players in the world. Among the artists who autographed the guitar were Paul McCartney, Mick Jagger, Keith Richards, Eric Clapton, Brian May, Jimmy Page, David Gilmour, Jeff Beck, Pete Townsend, Mark Knopfler, Ray Davis, Liam Gallagher, Ronnie Wood, Angus Young, Malcolm Young, Tony Iommi, Sting, Ritchie Blackmore, Bryan Adams and members of the Def Leppard.

Considered the greatest man to ever play the guitar and one of the most important musicians in history, James Marshall Hendrix, or Jimi Hendrix, was an American musician and songwriter. Hendrix initially gained fame in Europe where he played with his band called The Jimi Hendrix Experience. He then went back to the United States where he finally garnered recognition after performing at the Monterey Pop Festival. He also served as one of the headliners in the iconic Woodstock Festival in 1969. He passed away in 1970 due to drug use. During his four years in the limelight, he was able to achieve a lot more than most musicians can ever dream of in their lifetimes. The Strat that Hendrix used in Woodstock was sold for a couple of million of dollars to Paul Allen of Microsoft.

Nesta Robert Marley, or Bob Marley, was a singer and songwriter who hailed from Jamaica. He is known for popularizing reggae music, although his band, Bob Marley and the Wailers, actually played not just reggae, but also ska. Because of Marley, Jamaican music and the Rastafari movement became known all over the world. His hits include No Woman No Cry, I Shot the Sheriff and Jamming. He once gave a Washburn guitar to a technician named Gary Carlsen. The guitar was custom-made for the reggae singer. Estimated value of the guitar is $1.2 million. 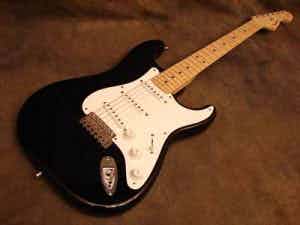 Eric Patrick Clapton, or Eric Clapton, is an English musician considered to be one of the most important and influential guitarists in the world. He has been ranked as the second best guitarist of all time by Rolling Stone magazine, after Jimi Hendrix. Clapton has been inducted into the Rock and Roll Hall of Fame three times – as a solo artist, as a member of the Yardbirds, and as a member of Cream. The Blackie was built from three vintage Strats that Clapton had brought from a guitar shop in Texas. After disassembling the three, he took the best parts to customize his own guitar. Clapton used the Blackie from 1970 to 1985. It appeared on the cover of the 1977 album Slowhand, which featured the songs Cocaine and Wonderful Tonight. 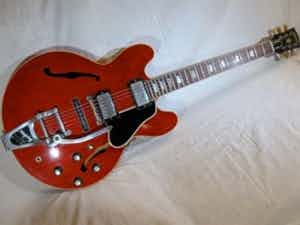 This is the guitar Clapton used during his stints with bands like The Yardbirds, Cream, John Mayall’s Bluesbreakers and Blind Faith. Originally estimated to be worth $80,000, it sold at an auction for $847,500. 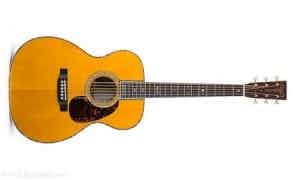 Clapton enjoyed a revival in his career after the release of the song Tears in Heaven in 1992. He then performed in MTV Unplugged where he used this guitar. Originally valued at $80,000, it sold for almost ten times that amount.

Stevie Ray Vaughan, or SRV, was an American guitarist who ignited the blues revival of the 1980s through his band Double Trouble. He died in a helicopter accident in 1990. His strat, known as Lenny after his wife who gave it to him in 1980, was auctioned off in 2004. The composite Fender Strat was from circa 1965, and was donated by SRV’s brother, Jimmie Vaughan.

This guitar was used in The Beatles’ 1966 album Revolver and 1968’s White album. George Harrison used it for the Revolver album that included songs like Taxman, Eleanor Rigby and Got to Get You Into My Life. John Lennon then took the guitar two years later and used it for Back in the USSR, Revolution and While My Guitar Gently Weeps.

Fender’s master builder Mark Kendrick built this for Clapton. Clapton used it for the Legends tour in 1997 and the One More Car, One More Rider world tour in 2001. It was then sold to Christie’s. 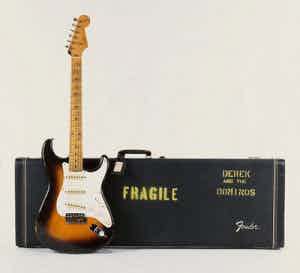 This was used for the recording of the classic Layla. Clapton also had this guitar when Derek and the Dominoes were completing the album Layla and Other Assorted Love Songs. It is now at the Paul Allen-owned Experience Music Project in Seattle.

Tags: 10 expensive guitars in the world 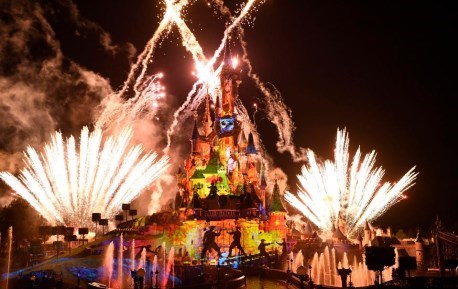 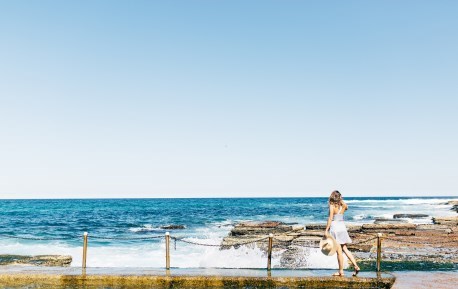 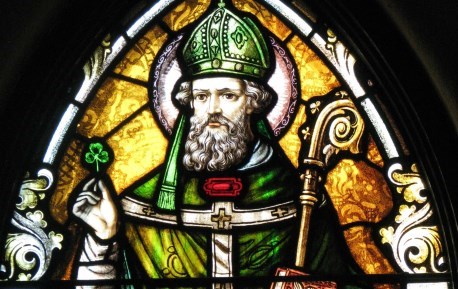 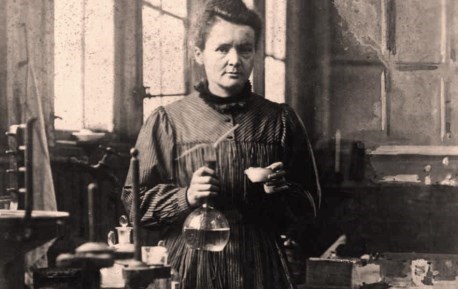 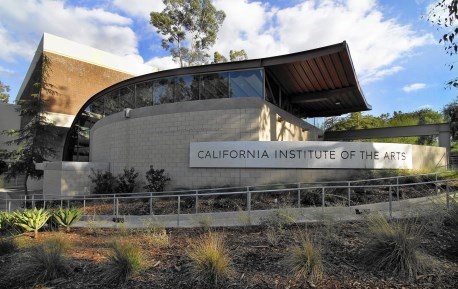 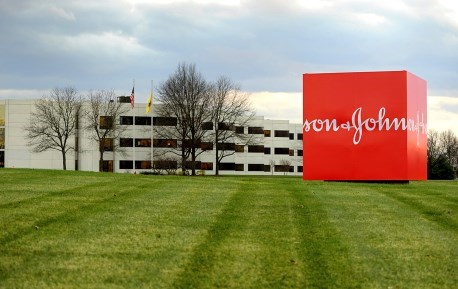