(worldkings.org) Kentucky Fried Chicken (KFC) is world-renowned for its fried chicken. Known by the face of an old man with a white beard, the brand indeed has a crispy on the outside and juicy on the inside history. 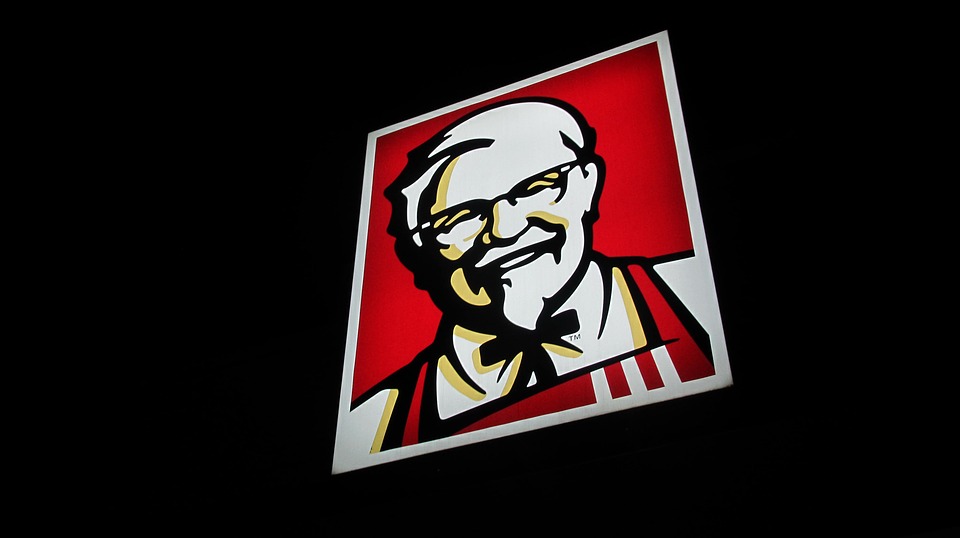 KFC (Kentucky Fried Chicken) is an American fast food restaurant chain headquartered in Louisville, Kentucky that specializes in fried chicken. It is the world's second-largest restaurant chain (as measured by sales) after McDonald's, with 22,621 locations globally in 150 countries as of December 2019. The chain is a subsidiary of Yum! Brands, a restaurant company that also owns the Pizza Hut, Taco Bell and WingStreet chains.

The milestone of KFC:

- In 1930, Harland Sanders got a job to run a gas station in Corbin, Kentucky. To make some extra income, he cooked and offered fried chicken and other dishes he learned as a child. His chicken was such a hit that he eventually removed the gas pumps and converted the gas station into a full-fledged restaurant.

- In 1936, Kentucky Governor Ruby Laffoon makes Harland Sanders an honorary Kentucky Colonel in recognition of his contributions to the state's cuisine.

- By 1937, he expanded the business to include a motel and a café, Sanders courts & cafe, that could seat around 142 people.

- In 1938, he finally perfected the fried chicken recipe. The recipe included 11 herbs and spices which, to this day, guarded as a secret by KFC. 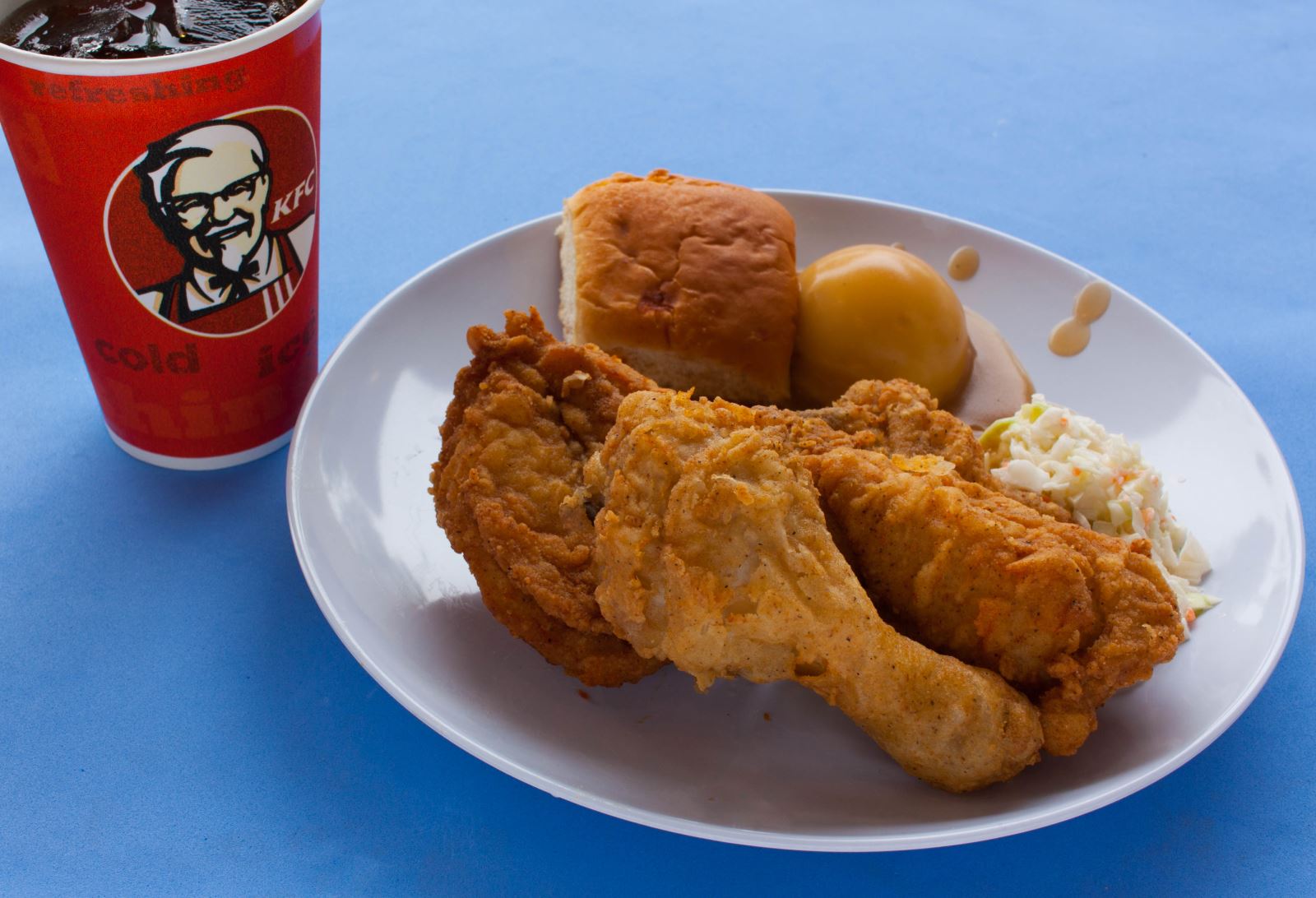 -In 1952, Colonel Sanders opens the first KFC (franchise). The Colonel awards Pete Harman of Salt Lake City with the first KFC franchise. A handshake agreement stipulates a payment of a nickel to Sanders for each chicken sold.

- In 1955, Sanders sells the Sanders Court & Café. After paying debts owed, he is virtually broke. He decides to go on the road to sell his Secret Recipe to restaurants.

- In 1964, the company rapid expansion saw it grow too large for Sanders to manage, and he eventually sold the company to a group of investors.

- By the mid-1960s, KFC was one of the first American fast-food chains to expand internationally, opening outlets in Canada, the United Kingdom, Mexico and Jamaica.

- By 1963, there were 600 KFC restaurants, making the company the largest fast food operation in the United States. 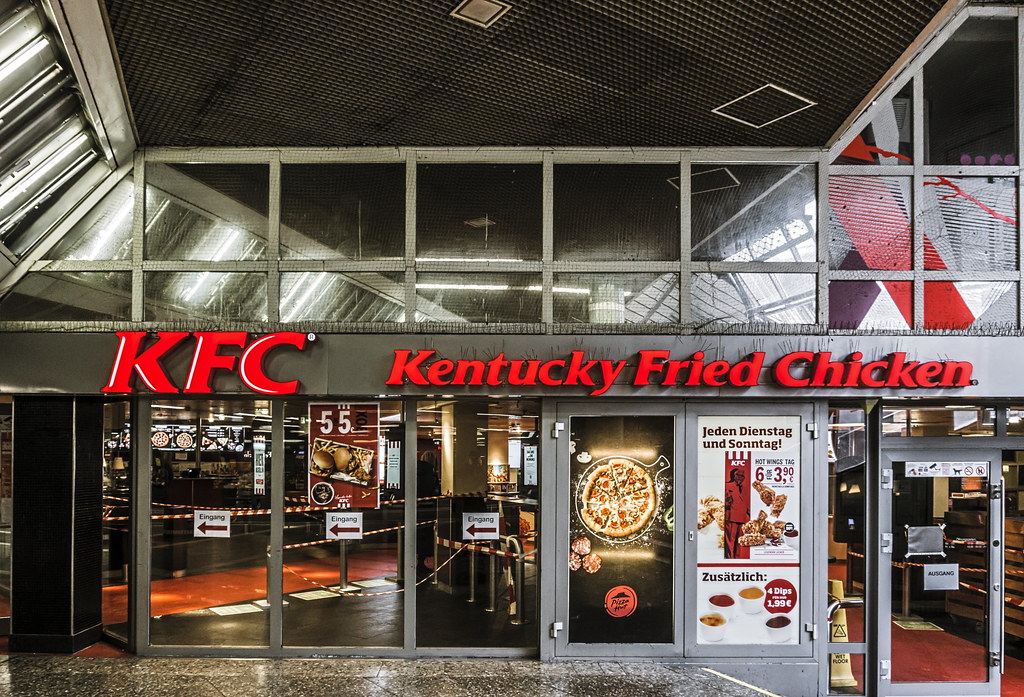 - Throughout the 1970s and 1980s, it experienced mixed fortunes domestically, as it went through a series of changes in corporate ownership with little or no experience in the restaurant business.

-  In 1987, KFC became the first Western restaurant chain to open in China.

- Since the early 1990s, KFC has expanded its menu to offer other chicken products such as chicken fillet sandwiches and wraps, as well as salads and side dishes such as French fries and coleslaw, desserts and soft drinks.

- In 1991, the KFC name was officially adopted, although it was already widely known by that initialism.

- In June 1995, the first Indian KFC was a two-story outlet on the fashionable Brigade Road in Bangalore.

- In 2006, the first KFC outlet was opened at Gulshan in Bangladesh.

- By April 2007, KFC had switched to trans fat-free soybean oil in all of its US outlets. 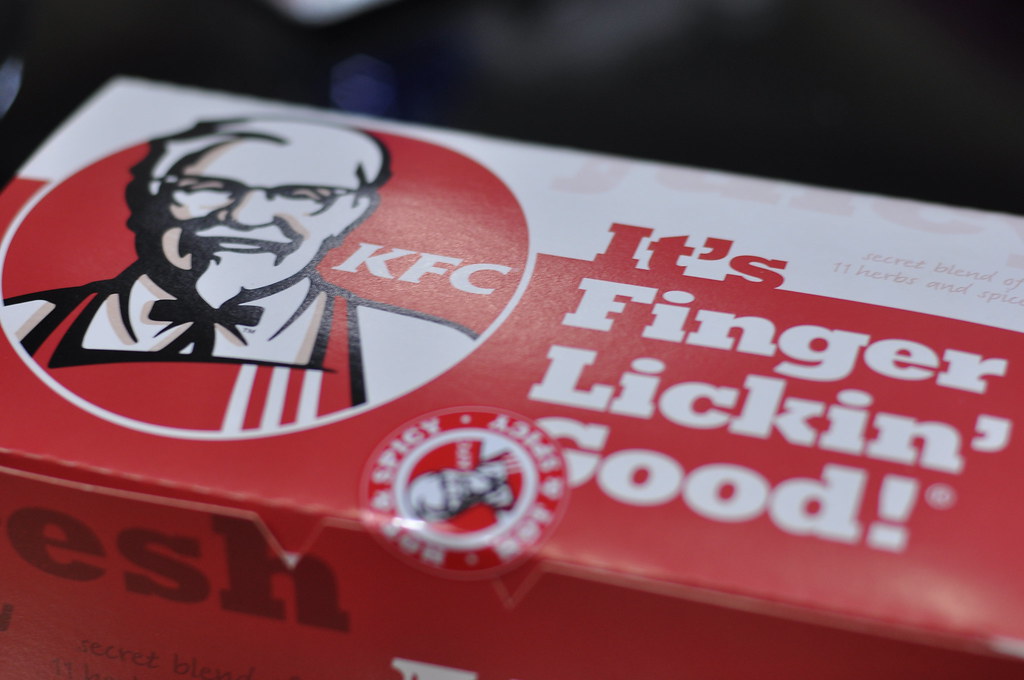 - In 2013, Japan became the third-largest market for KFC after China and the United States with 1,200 outlets.

- In 2016, KFC has been crowned as the largest fast-food chain in Malaysia.

- As of December 2019, KFC  is the world's second-largest restaurant chain (as measured by sales) after McDonald's, with 22,621 locations globally in 150 countries. 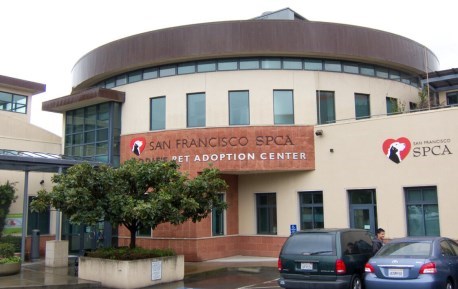 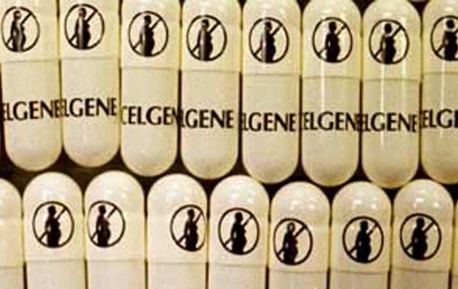 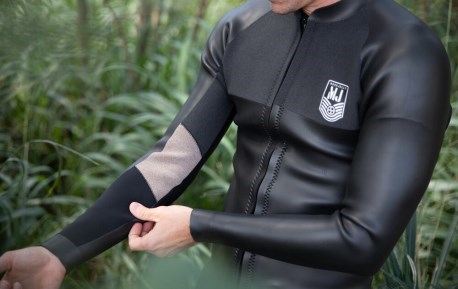 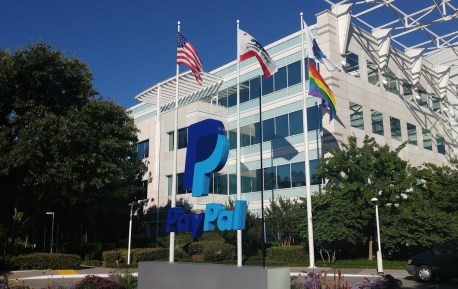 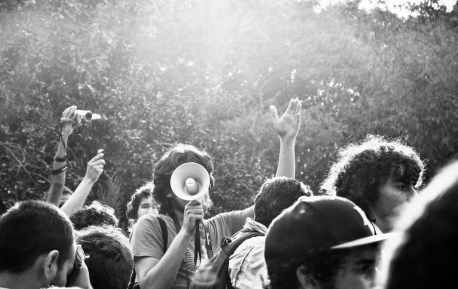 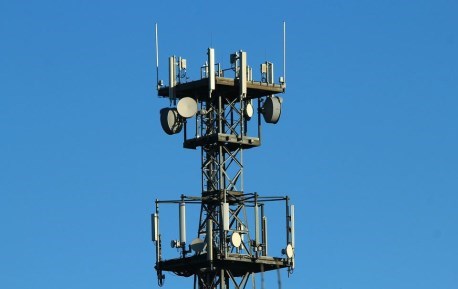