(worldKings.org) Pizza Hut is an American multinational restaurant chain and international franchise founded in 1958 in Wichita, Kansas by Dan and Frank Carney. They serve their signature pan pizza and other dishes including pasta, breadsticks and desserts. 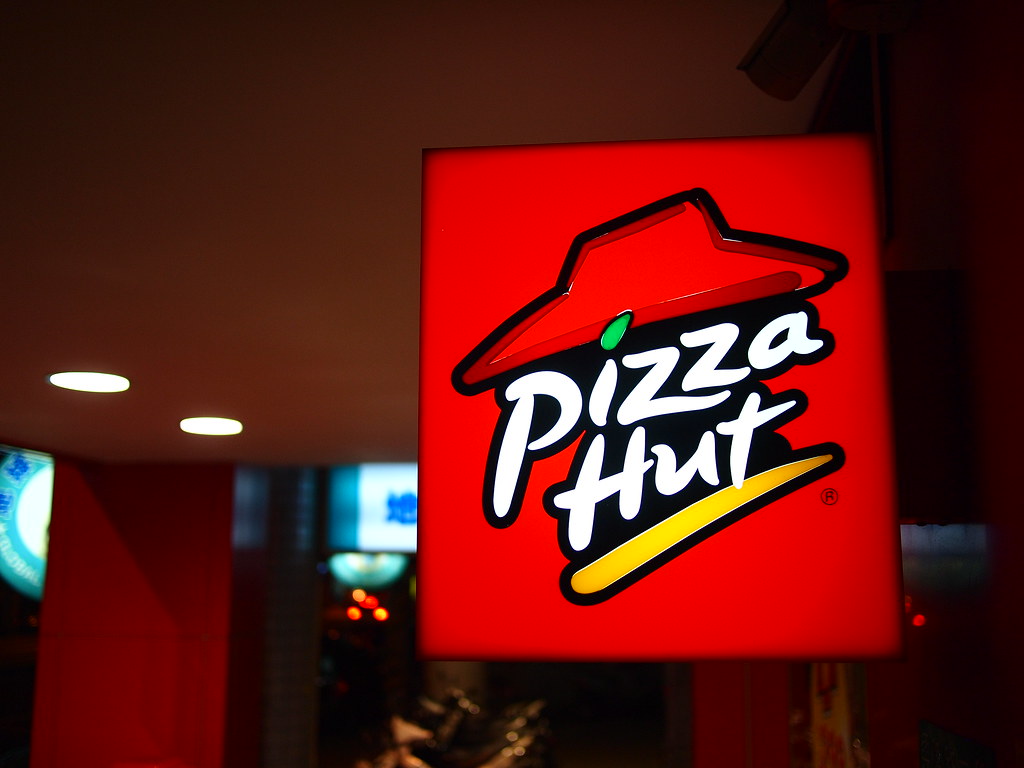 -On May 31, 1958 - Pizza Hut was founded on May 31, 1958, by two brothers, Dan and Frank Carney, both Wichita State students, as a single location in Wichita, Kansas. Six months later they opened a second outlet and within a year they had six Pizza Hut restaurants.

- In 1959 - The brothers began franchising in 1959. The iconic Pizza Hut building style was designed in 1963 by Chicago architect George Lindstrom and was implemented in 1969.

- In 1965 - Pizza Hut's first television commercial was produced in 1965 by Bob Walterscheidt for the Harry Crow agency in Wichita, and was entitled "Putt-Putt to the Pizza Hut".

- In 1967 - A pizza hut restaurant as built in five day by franchisees at the Oklahoma State Fair. The worlds largest pizza (6 feet in diameter) is baked and served at the grand opening of Fort Worth, Texas Pizza Hut® restraurant. 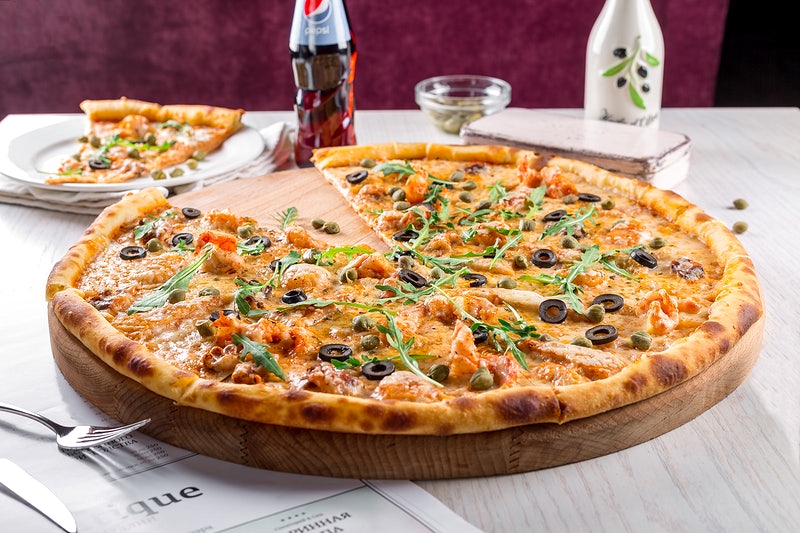 - In 1968 - International market entered with opening of pizza hut restaurant in canada Pizza hut serves a million people a week at it 310 locations.

- In 1971 - Pizza hut becomes the number one pizza resaurant chain in the world in both sales and number of restaurants.

- In 1975 - Thick'n Chewy® pizza introduced. Chatsworth, CA Pizza Hut restaurant is used in the filming of "the bad news bears".

- In 1980 - Pan pizza is introduced throughout the system the restaurents are opened more than 4,000.

- In 1983 - Personal Pan Pizza®, with a five-minute guarantee, is introduced throughout the system. 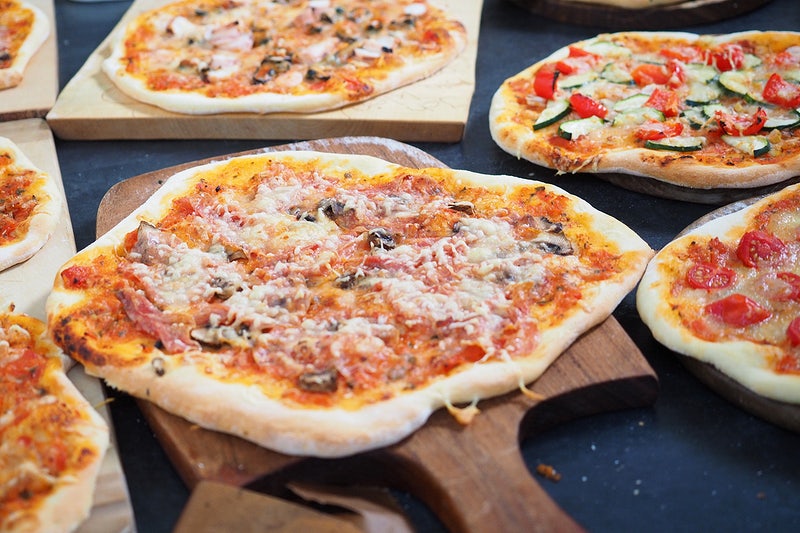 - In 1986 – Pizza Hut celebrates the openning of its 5,000th restaurant, located in Dallas, texas. The delivery service, as a new concept, is initiated.

- In 1988 - Hand-Tossed Traditional Pizza is introduced throughout the system.

- In 1989 - The Pizza Hut Jobs Plus® program expands nationwide to employ more than 10,000 individuals with physical and developmental disabilities. The Jobs Plus program is recognized as the largest corporate initiative of its kind in the food service industry.

- In 1996 - Pizza Hut delivers 30% of the 12 million pizzas delivered on Super Bowl Sunday. This is the biggest pizza delivery day of the year. 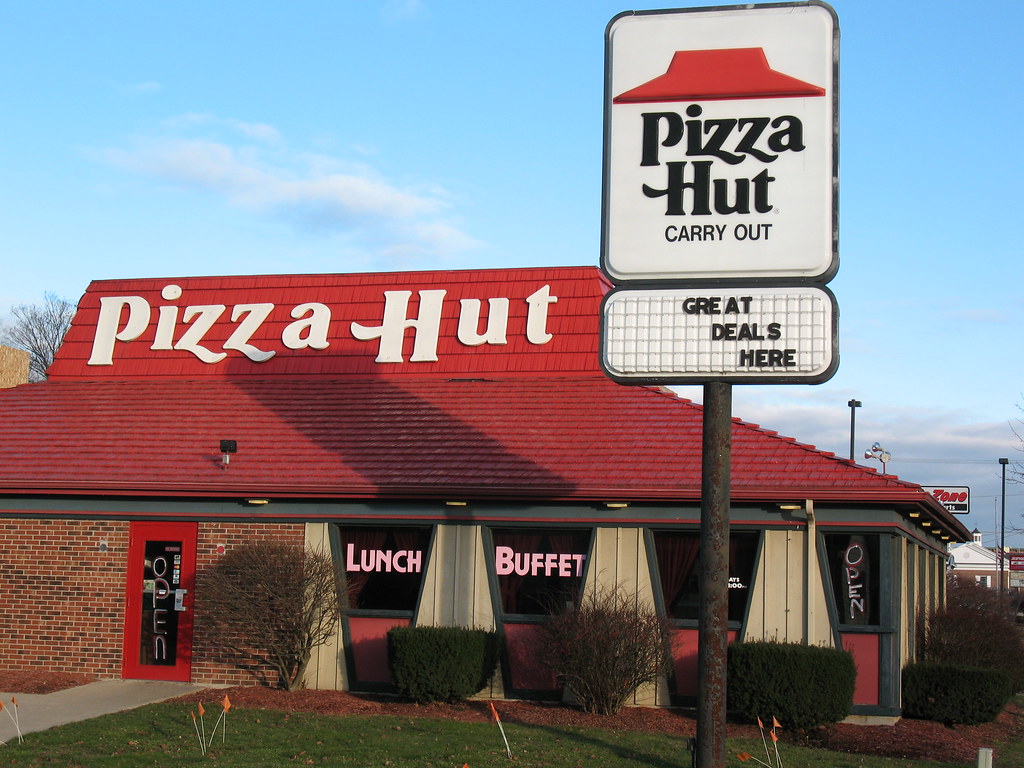 - In July 2000 - Pizza Hut became the first company in history to place its logo on the world's largest proton rocket.

- In 2001 - Pizza Hut became the first company in history to deliver pizza to the pioneers living in outer space on the International Space Station.

- In 2004 - An upscale concept was unveiled in 2004, called "Pizza Hut Italian Bistro". At 50 U.S. locations, the Bistro is similar to a traditional Pizza Hut, except that the menu features new, Italian-themed dishes such as penne pasta, chicken pomodoro, and toasted sandwiches. 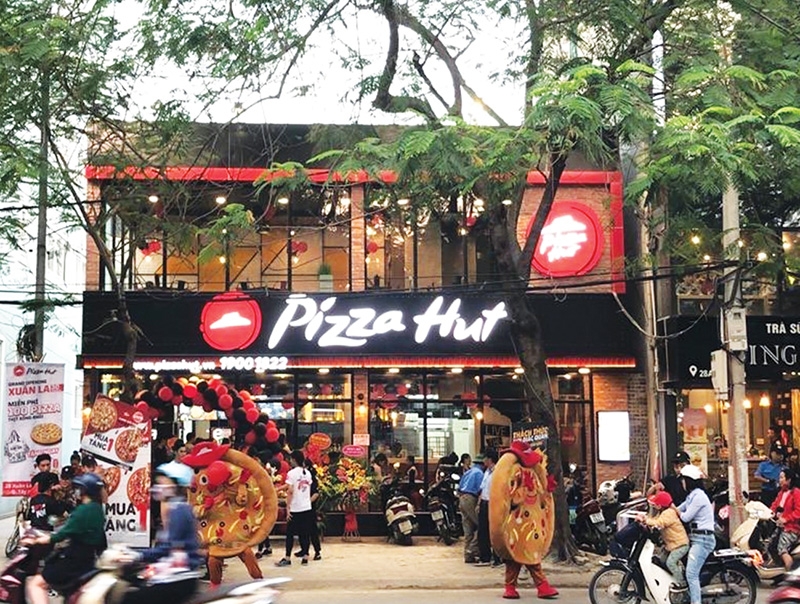 - On May 9, 2008 - Pizza Hut created "The Natural" pizza, which featured natural ingredients and was sold in Seattle, Denver and Dallas.

- In January 2019 - Pizza Hut announced it had expanded beer delivery to 300 locations across the U.S., with plans to expand to 1,000 locations by the summer.

According to populartimelines.com; en.wikipedia.org; Source of photos: internet