(worldkings.org) The Cincinnati Red Stockings of 1869 were baseball's first all-professional team, with ten salaried players. The Cincinnati Base Ball Club formed in 1866 and fielded competitive teams in the National Association of Base Ball Players (NABBP) 1867–1870, a time of a transition that ambitious Cincinnati businessmen and English-born ballplayer Harry Wright shaped as much as anyone. Major League Baseball recognized those events officially by sponsoring a centennial of professional baseball in 1969. 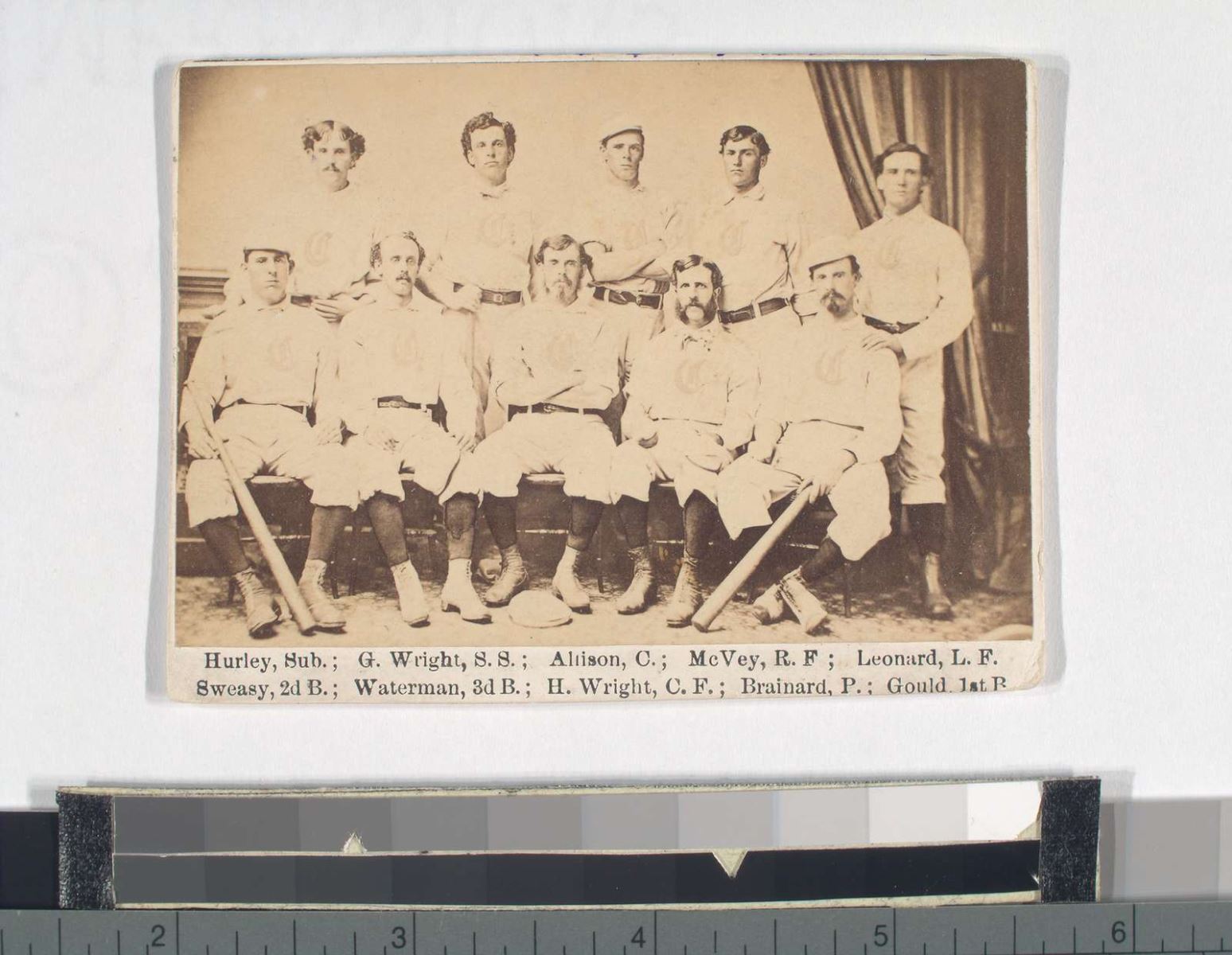 The Cincinnati Base Ball Club, or simply Cincinnati Club, was established July 23, 1866, at a downtown law office, drawing up a constitution and by-laws and electing officers including Alfred T. Goshorn as president. A few years later Goshorn earned international fame as Director-General of the (U.S.) Centennial Exposition held 1876 in Philadelphia. Founding member George B. Ellard also led the Union Cricket Club, and the relationship between them proved decisive for the baseball club's success. 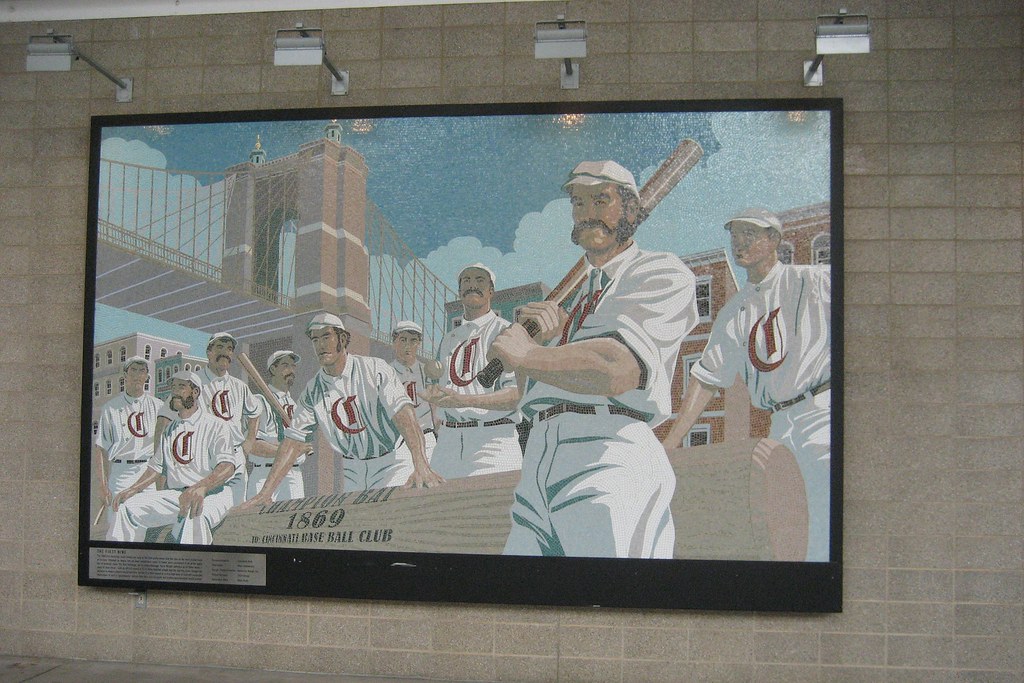 On March 15, 1869, Cincinnati attorney Aaron Champion hires former cricket player Harry Wright to organize, manage and play for the Cincinnati Red Stockings, who become the first professional baseball team. The organization of the club comes shortly after the National Association of Baseball Players, which had previously banned the payment of players, allows open professionalism after the close of the 1868 season.

Thanks partly to their on-field success and the continental scope of their tours, the Red Stockings established styles in team uniforms and team nicknames that have some currency even in the 21st century. They also established a particular color, red, as the color of Cincinnati (which continues with the city's current team, the Reds), and they provide the ultimate origin for the use of "Red Sox" in Boston.

According to en.wikipedia.org; history.com