(WorldKings.org) The Burj Al Arab is a luxury hotel located in Dubai, United Arab Emirates. It is the third tallest hotel in the world (although 39% of its total height is made up of non-occupiable space). 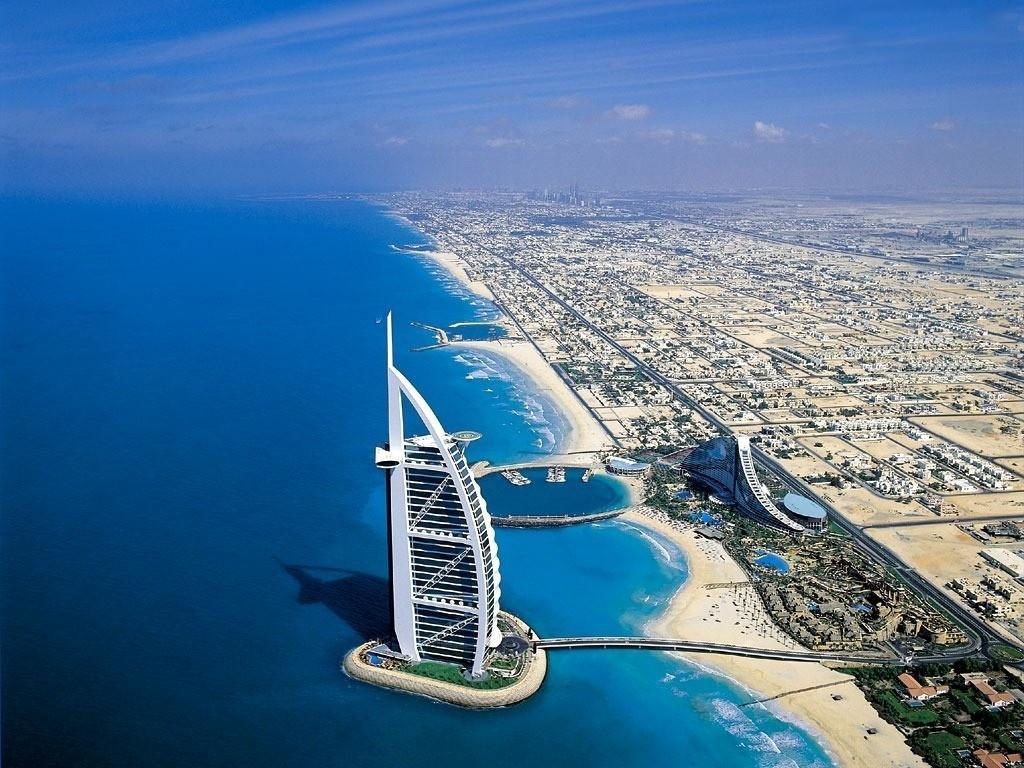 Burj Al Arab stands on an artificial island280 m (920 ft) from Jumeirah beach and is connected to the mainland by a private curving bridge. The shape of the structure is designed to resemble the sail of a ship. It has a helipad near the roof at a height of 210 m (689 ft) above ground. 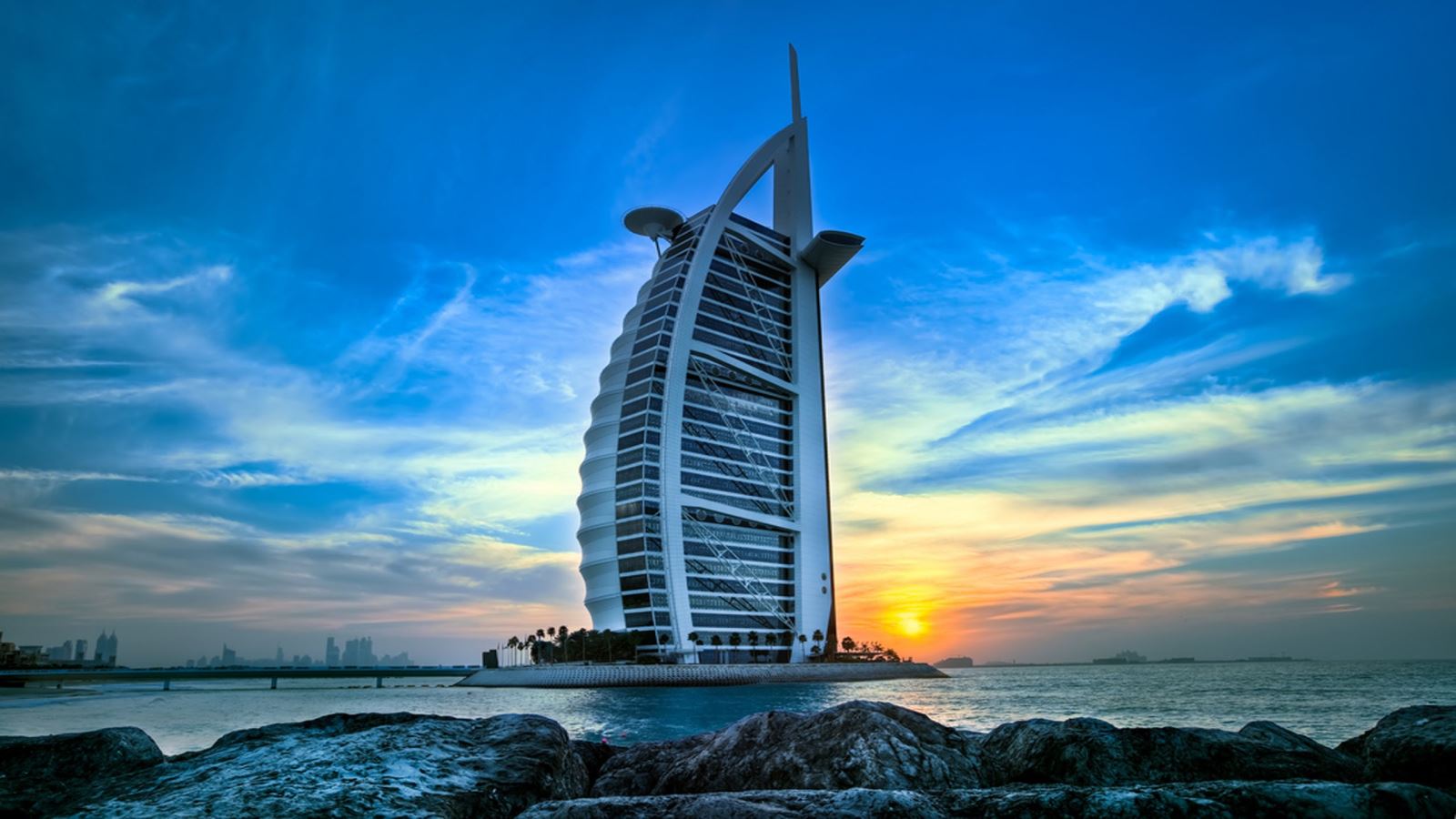 The beachfront area where Burj Al Arab and Jumeirah Beach Hotel are located was previously called Chicago Beach. The hotel is located on an island of reclaimed land 280 meters offshore of the beach of the former Chicago Beach Hotel. The locale's name had its origins in the Chicago Bridge & Iron Company which at one time welded giant floating oil storage tanks, known locally as Kazzans on the site. 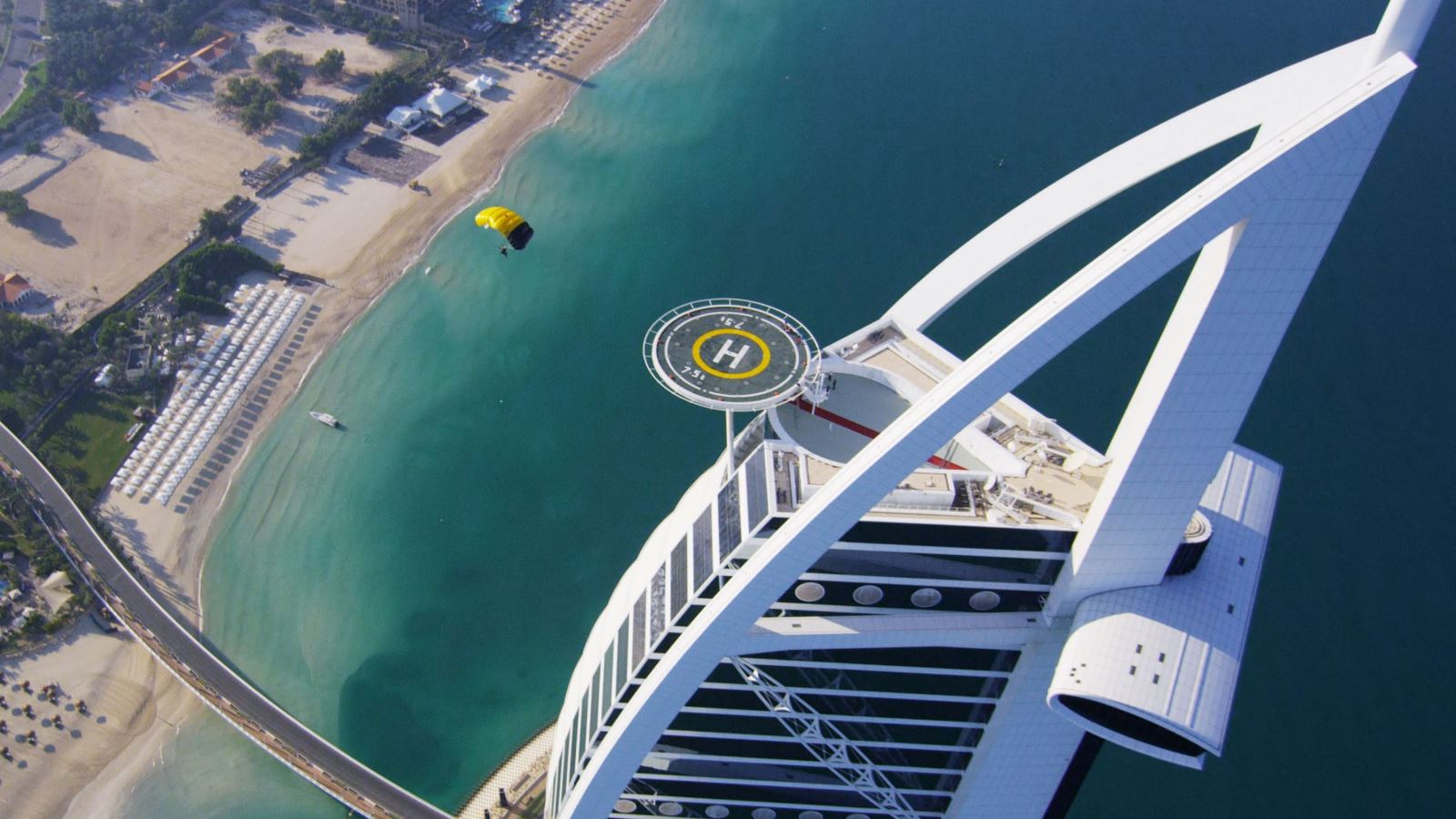 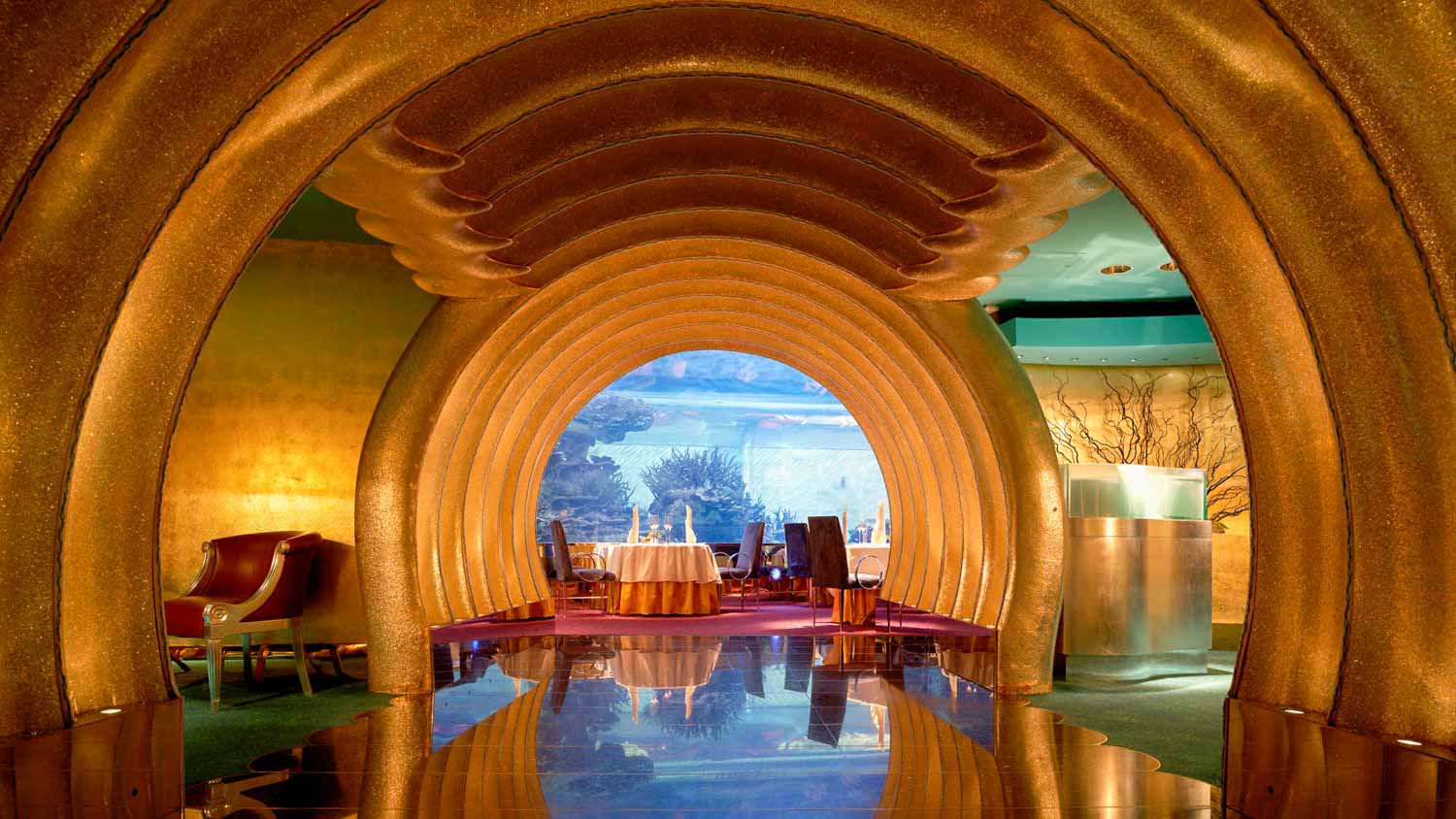 Burj Al Arab was designed by multidisciplinary consultancy Atkins, led by architect Tom Wright, who has since become co-founder of WKK Architects. The design and construction were managed by Canadian engineer Rick Gregory also of WS Atkins. Construction of the Island began in 1994 and involved up to 2,000 construction workers during peak construction. It was built to resemble the billowing spinnaker sail of a J-class yacht.[12] Two "wings" spread in a V to form a vast "mast", while the space between them is enclosed in a massive atrium. The architect Tom Wright said "The client wanted a building that would become an iconic or symbolic statement for Dubai; this is very similar to Sydney with its Opera House, London with Big Ben, or Paris with the Eiffel Tower. It needed to be a building that would become synonymous with the name of the country." 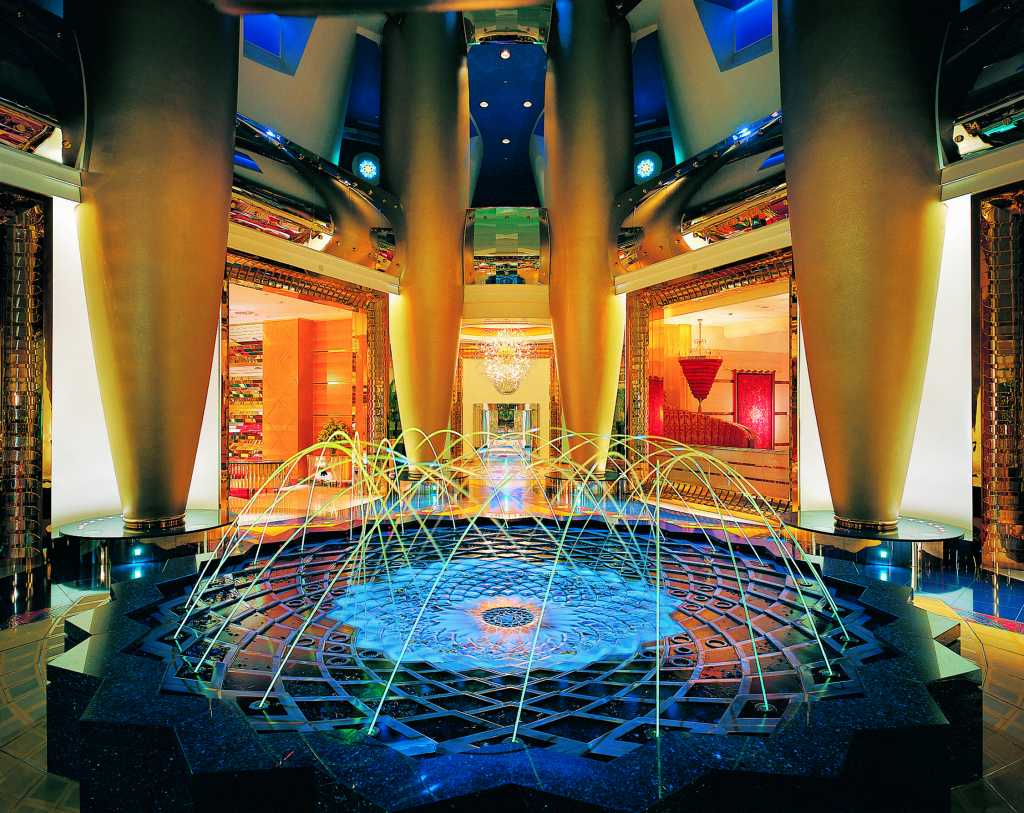