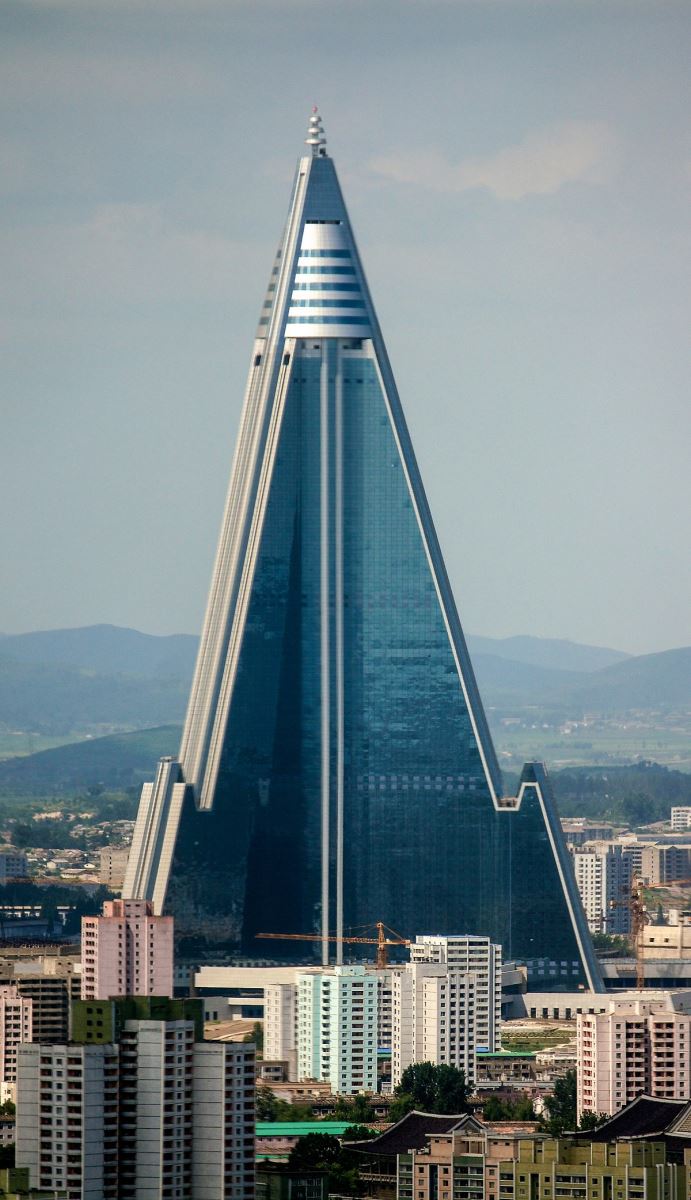 Its name ("capital of willows") is also one of the historical names for Pyongyang. The building is also known as the 105 Building, a reference to its number of floors. The building has been planned as a mixed-use development, which would include a hotel. 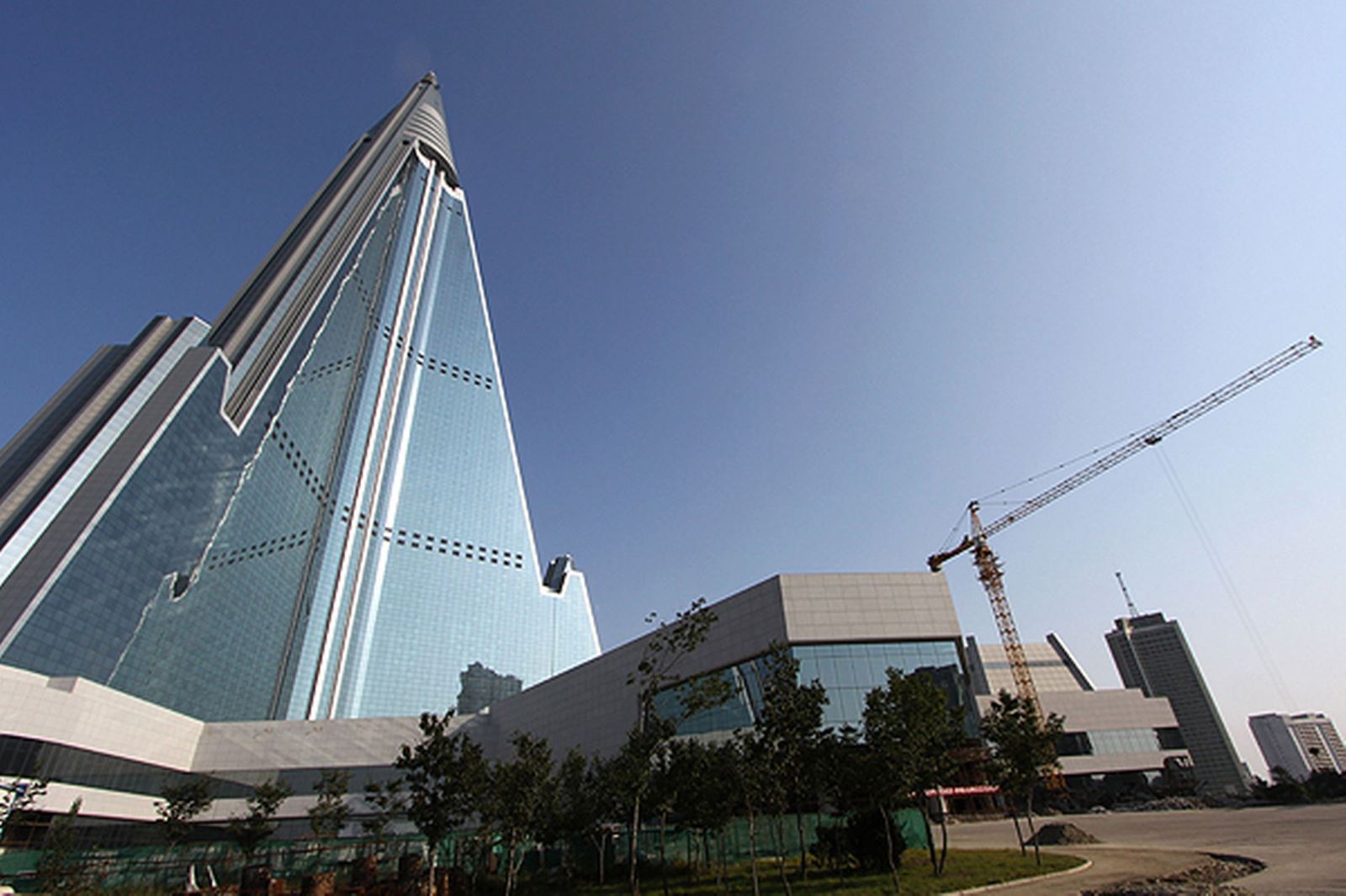 Construction began in 1987 but was halted in 1992 as North Korea entered a period of economic crisis after the fall of the Soviet Union. After 1992 the building stood topped out, but without any windows or interior fittings. In 2008 construction resumed, and the exterior was completed in 2011. 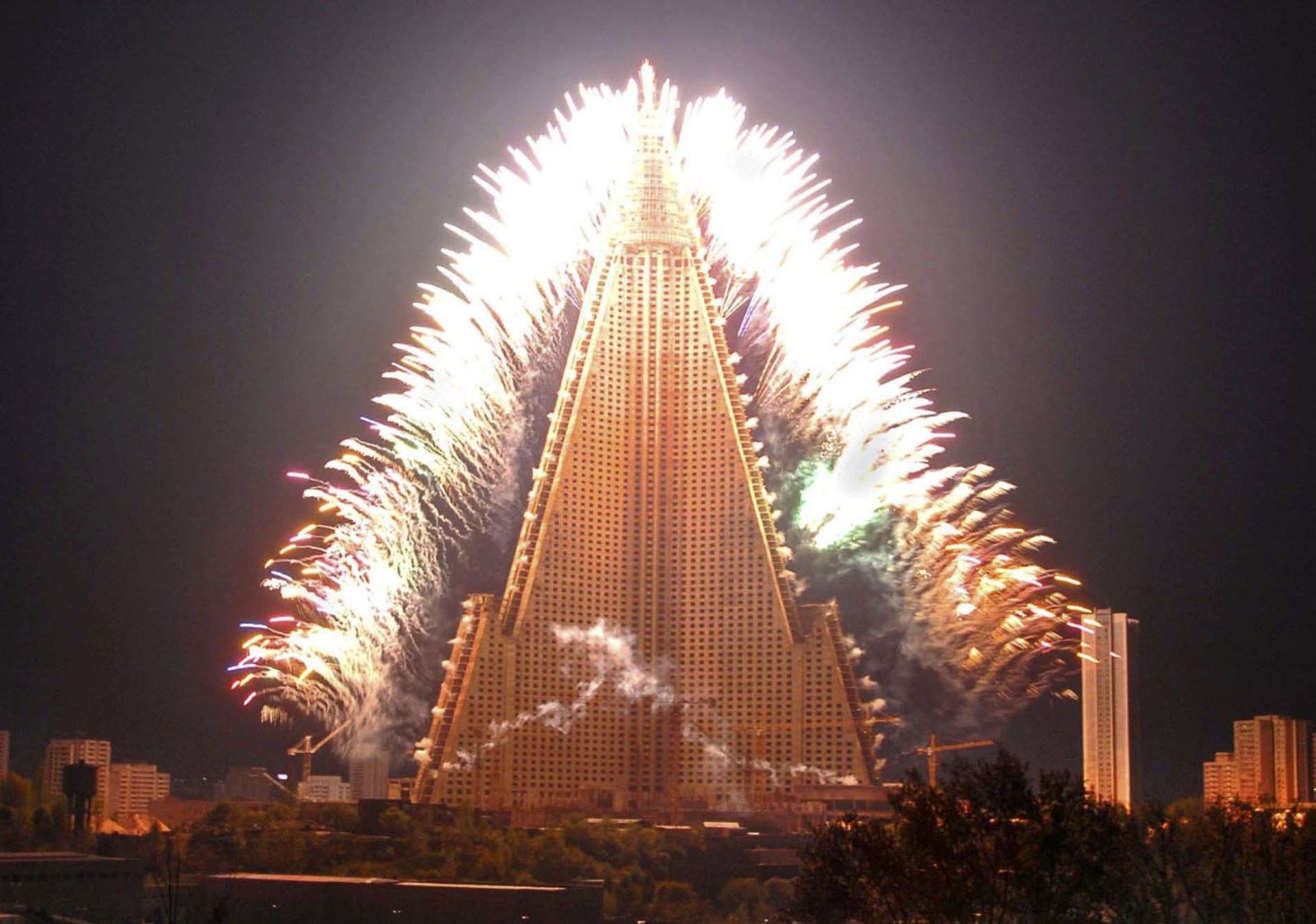 It was planned to open the hotel in 2012, the centenary of Kim Il-sung's birth, but this did not happen. A partial opening was announced for 2013, but this was also cancelled. As of 2017, the building remains unopened and has been called the tallest unfinished building in the world. 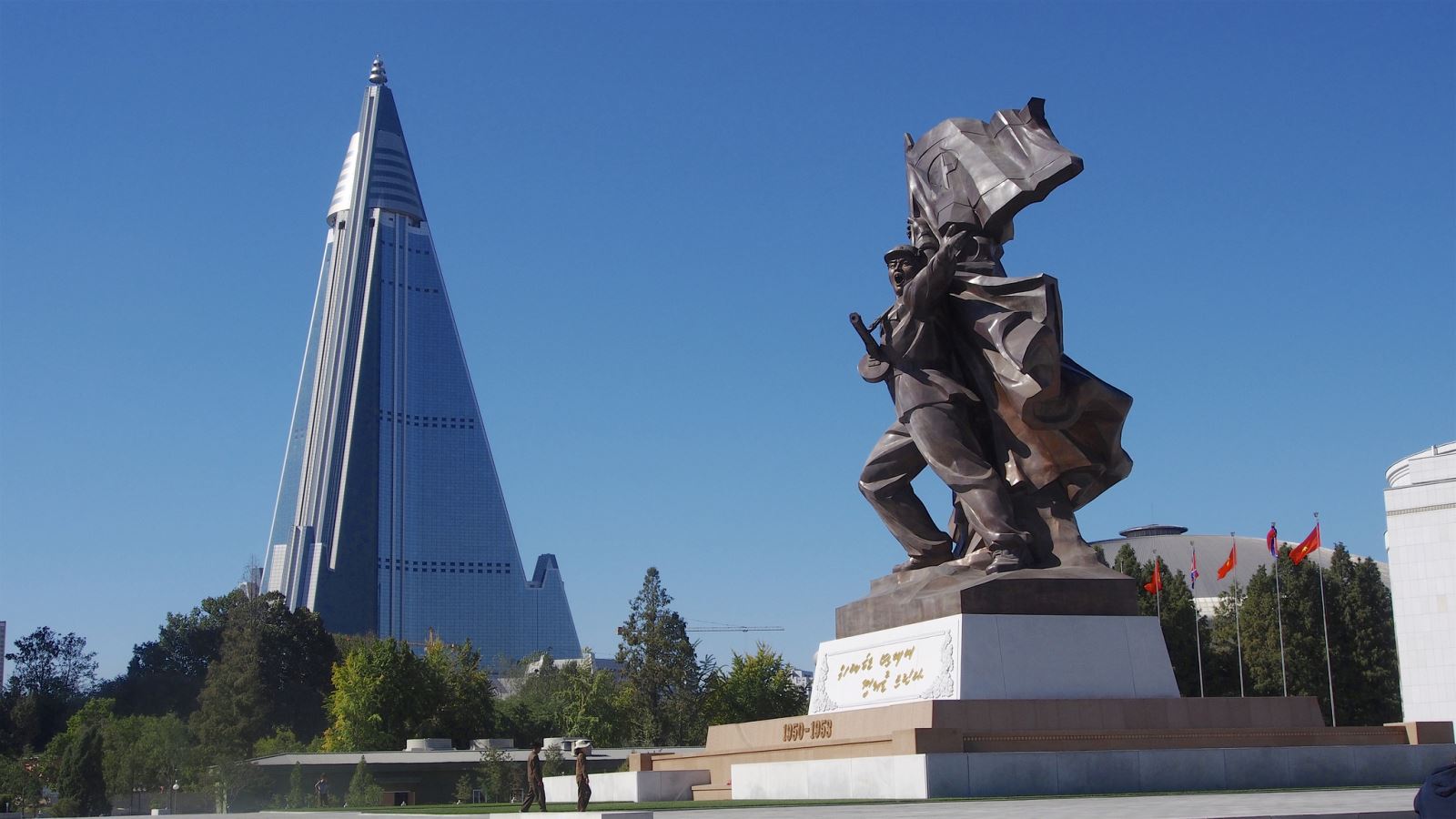