(Worldkings.org) Richard March Hoe was an American inventor from New York City who designed a rotary printing press and related advancements, including the "Hoe web perfecting press" in 1871; it used a continuous roll of paper and revolutionized newspaper publishing.

Richard March Hoe was born in New York City, the son of Robert Hoe (1784–1833), an English-born American mechanic from Leicestershire. His brothers were Peter Smith Hoe and Robert Hoe II. 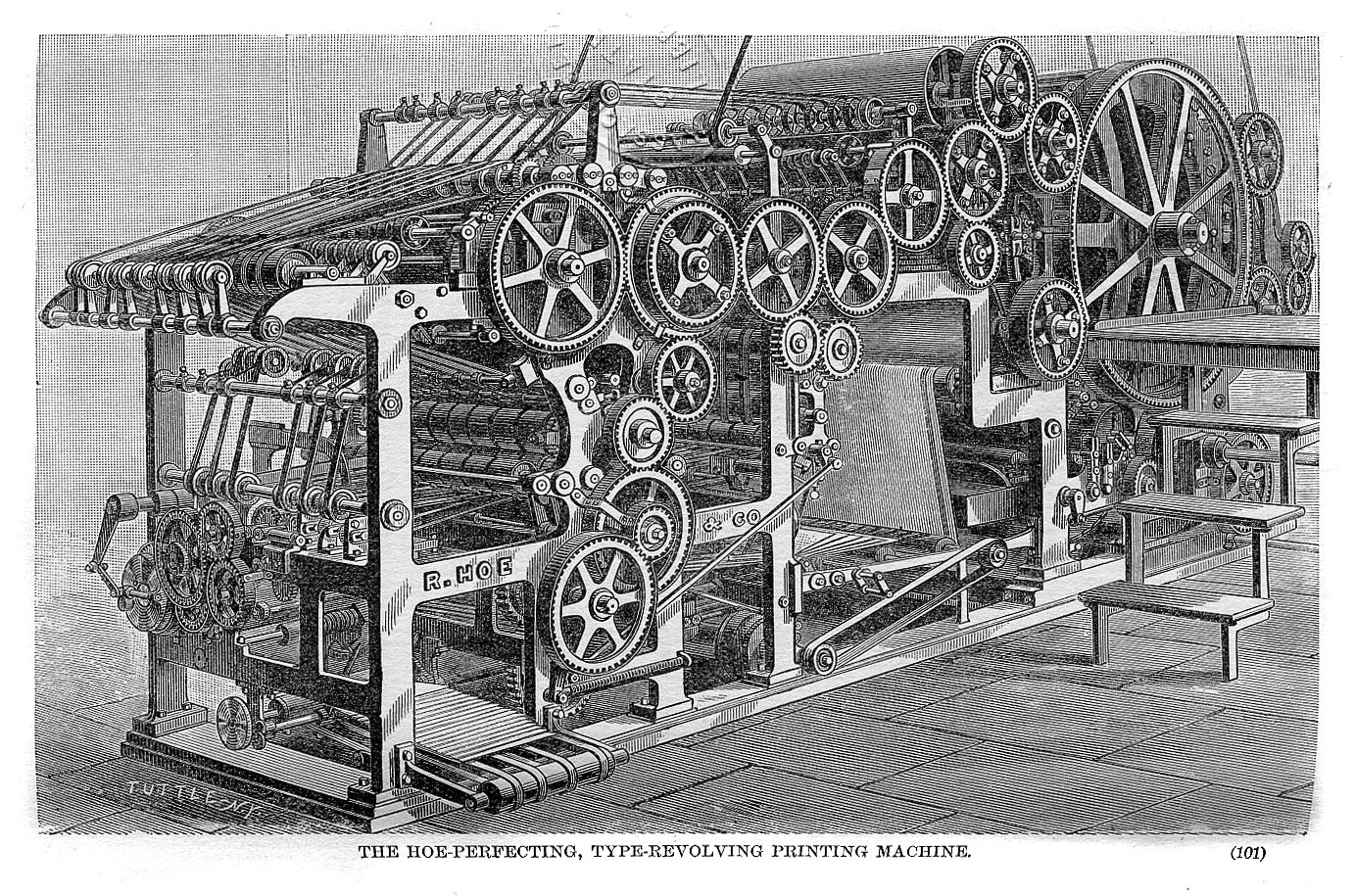 His father, with brothers-in-law Peter and Matthew Smith, established a steam-powered manufactory of printing presses in New York City. At the age of fifteen, Richard joined their enterprise. Several years later in 1833, he became a senior member of his father's firm R. Hoe & Company. After his father's death that year, Hoe became head of the company. He was joined later by his younger brother Robert Hoe II (1815-1884).

Early on, Hoe added the production of steel saws to his business and introduced improvements to their manufacture. In 1837, he visited England and obtained a patent for a better process of grinding saws. In connection with his factory, Hoe established an apprentice's school where free instruction was given.

He is most well known for his invention in 1843 of a rotary printing press: type was placed on a revolving cylinder, a design that could print much faster than the old flatbed printing press. It received U.S. Patent 5,199 in 1847, and was placed in commercial use the same year. Arunah Shepherdson Abell, publisher of The Sun in Baltimore, was among the first to buy it and put it into use. In its early days, it was variously called the "Hoe lightning press," and "Hoe's Cylindrical-Bed Press." 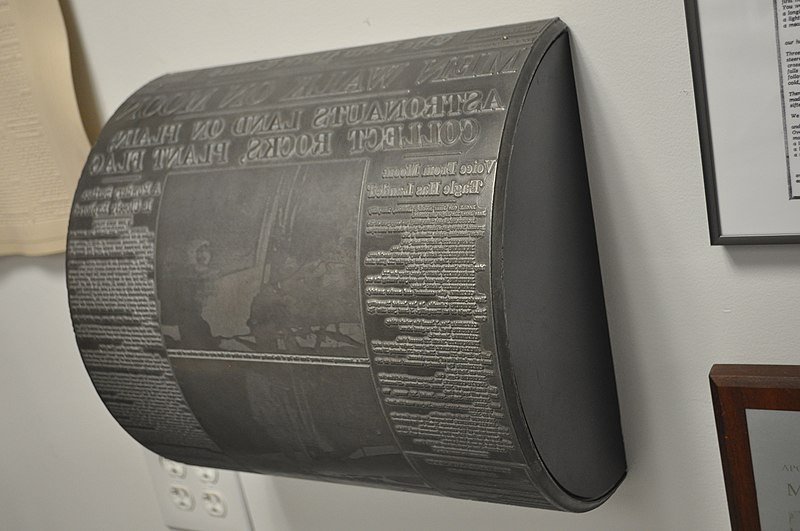 In 1870 Hoe developed a rotary press that printed both sides of a page in a single operation, what he called the "Hoe web perfecting press." Hoe's press used a continuous roll of paper five miles long, which was put through the machine at the rate of 800 feet (240 m) a minute. As the roll emerged, it passed over a knife which cut pages apart; they were next run through an apparatus which folded the pages for the mail or for carriers. These completely printed and folded newspapers were delivered as quickly as the eye could follow them. It produced 18,000 papers an hour and was used the first time by the New York Tribune.