(Worldkings.org) To show the world just how important the city was, the people of Pisa decided to build a great cathedral complex, the Field of Miracles. The plan included a cathedral, a baptistery, a bell tower (Tower of Pisa) and a cemetery. The construction of the leaning tower of Pisa began in august 1173, but was interrupted several times by wars, debt and while engineers worked on solutions to correct the lean. Probably without these interruptions that allowed the soil to compress under the tower, it would have toppled over. Pisa Tower was eventually completed in the mid-1300s.

The real identity of Tower of Pisa’s architects is a mystery. The most accredited architects of this first phase of work are Bonanno Pisano and Gherardo din Gherardo. The second phase of construction started in 1275, and the work is attributed to Giovani di Simone. Tommaso Pisano (1350-1372) was the architect who finished the work. The lean, first noted when three of the tower’s eight storeys had been built, resulted from the foundation stones being laid on soft ground consisting of clay, fine sand and shells. 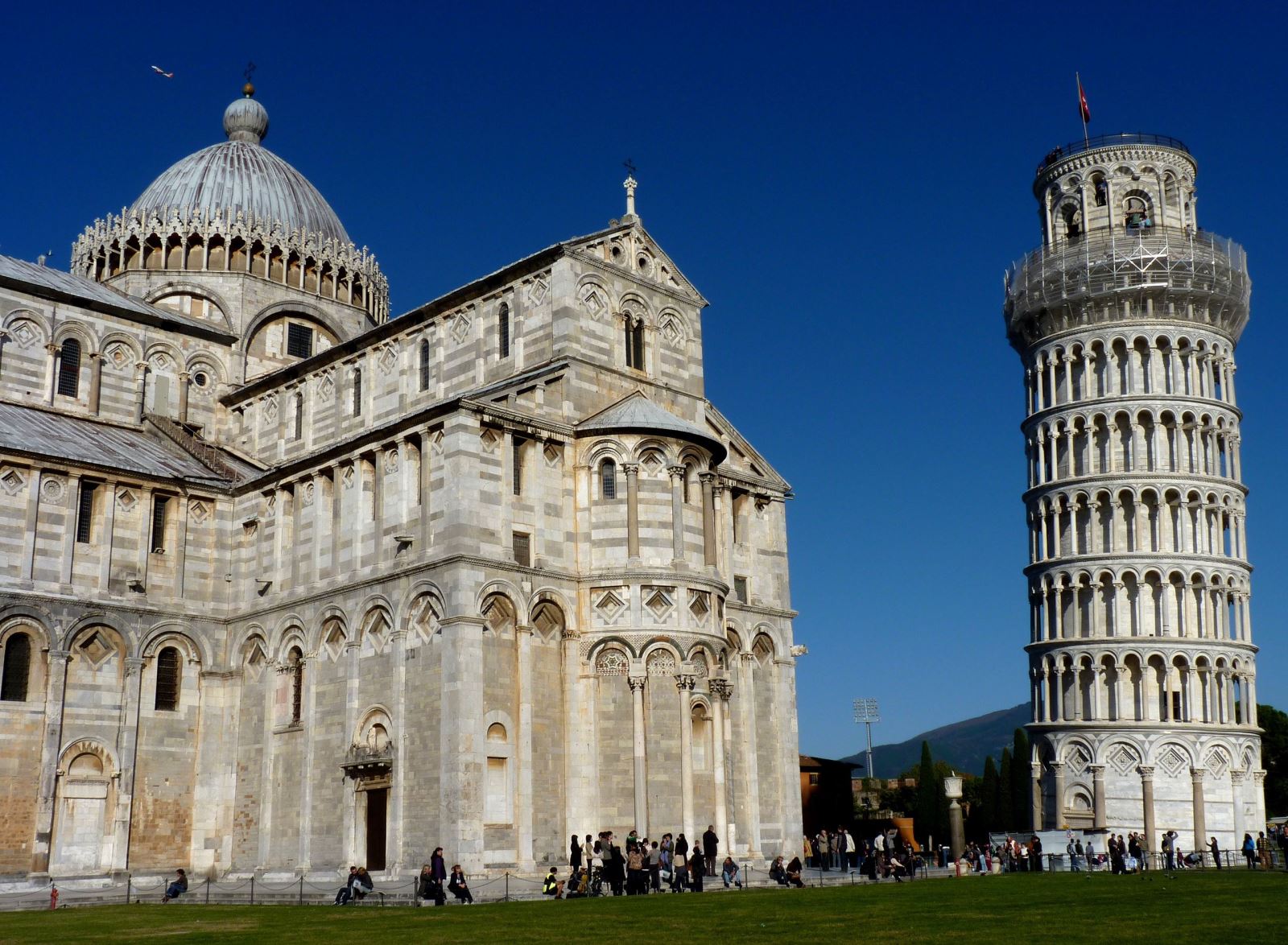 The next storeys were built slightly taller on the short side of the tower in an attempt to compensate for the lean. However, the weight of the extra floors caused the edifice to sink further and lean more. Over the next 800 years, it became clear the 55-metre tower wasn’t just learning but was actually falling at a rate of one to two millimetres per year. Today, the Leaning Tower of Pisa is more than five metres off perpendicular. 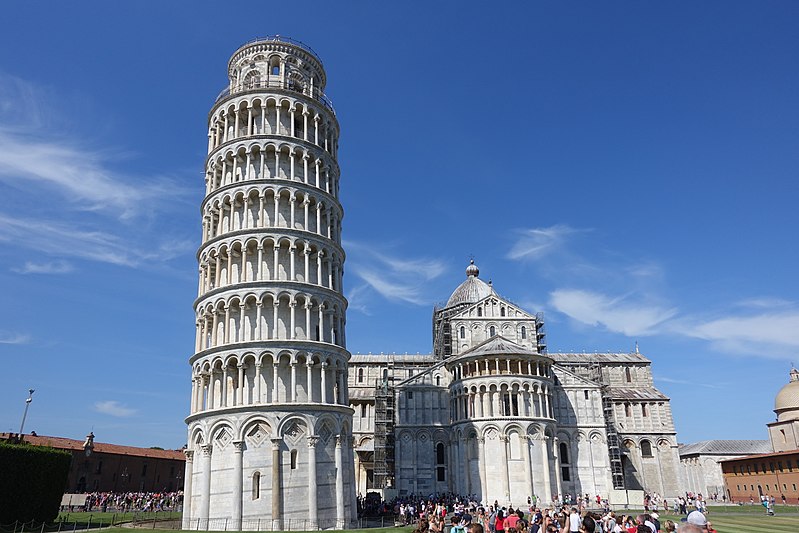 Pisa got its name in 600 BC from a Greek word meaning “marshy land.” There are several other towers in Pisa that also lean: the bell tower at the church of St. Michele dei Scalzi, and the bell tower at the church of St. Nicola. Until recent years tourists were not allowed to climb the staircase inside the tower, due to consolidation work. But now the leaning Tower of Pisa is open again and it is one of the most popular tourist attractions in Italy. 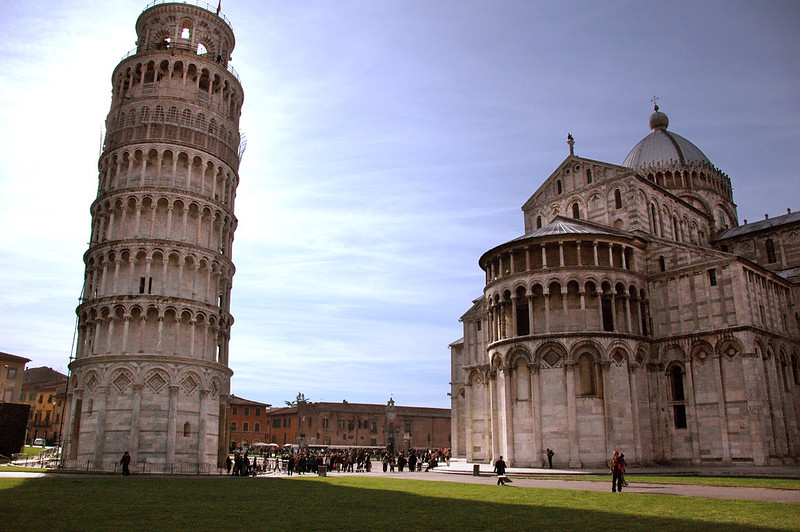