WORLDKINGS - Daily Highligh - November 8, 2017 - WalkCar electric vehicle is like a laptop that you ride.

(Worldkings.org) A Japanese engineer just invented a nifty new way to travel: A transporter called a “WalkCar” that’s small, light and apparently easy to use.

We've seen some highly-portable electric vehicles before, including diminutive scooters and skateboards. Cocoa Motors' new WalkCar, however, makes those gizmos look huge. It's used more or less like a Segway, but it's not much bigger than a laptop. 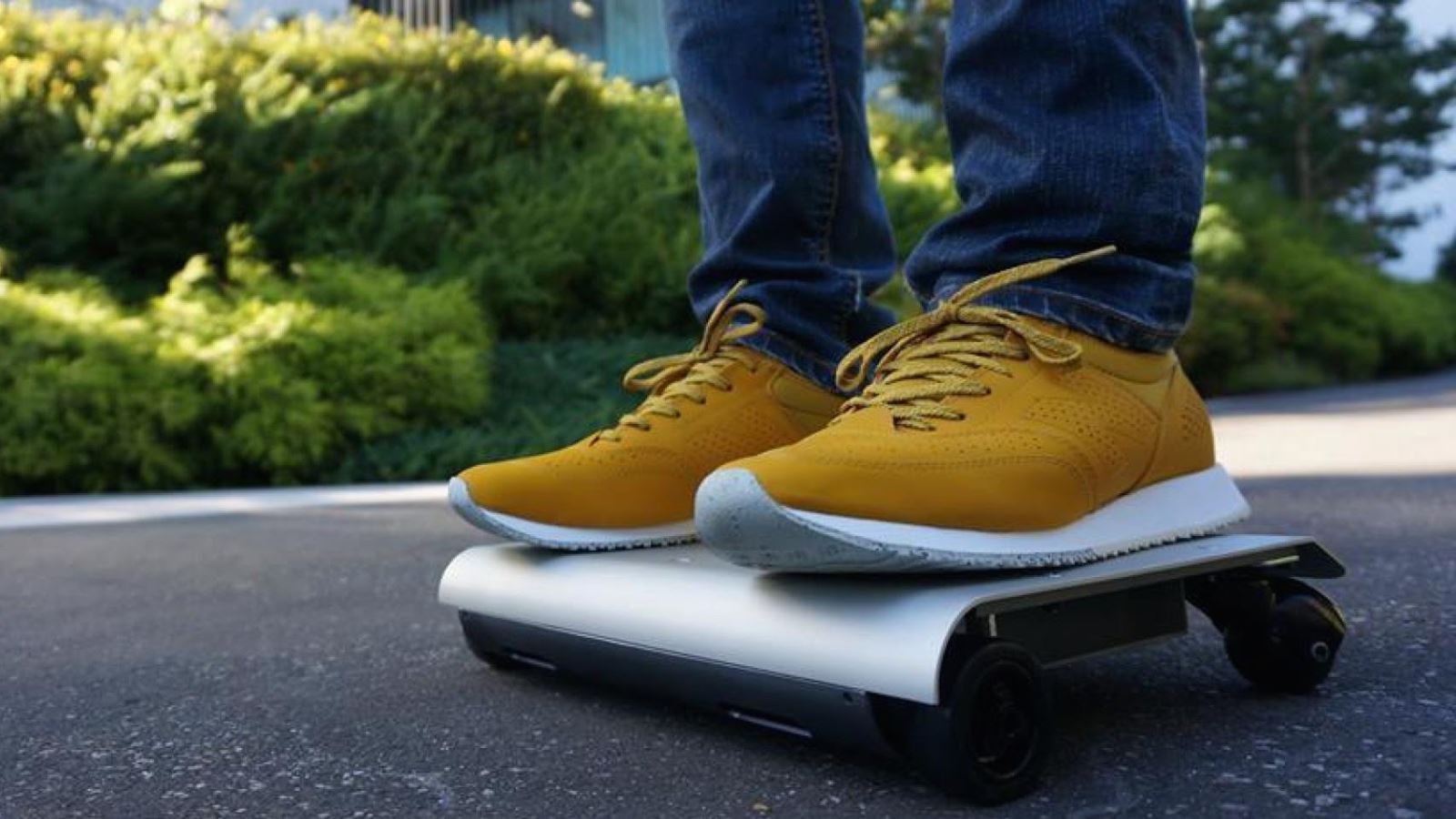 The WalkCar has four tiny wheels, an aluminum body, and is intended to be carried in an included bag when not in use.

Steering is achieved by shifting your weight, while acceleration and braking happen automatically when you step on or off. Its top speed is 10 km/h (6.2 mph) and its built-in battery takes three hours to charge via USB, providing a range of 12 km (7.5 miles). 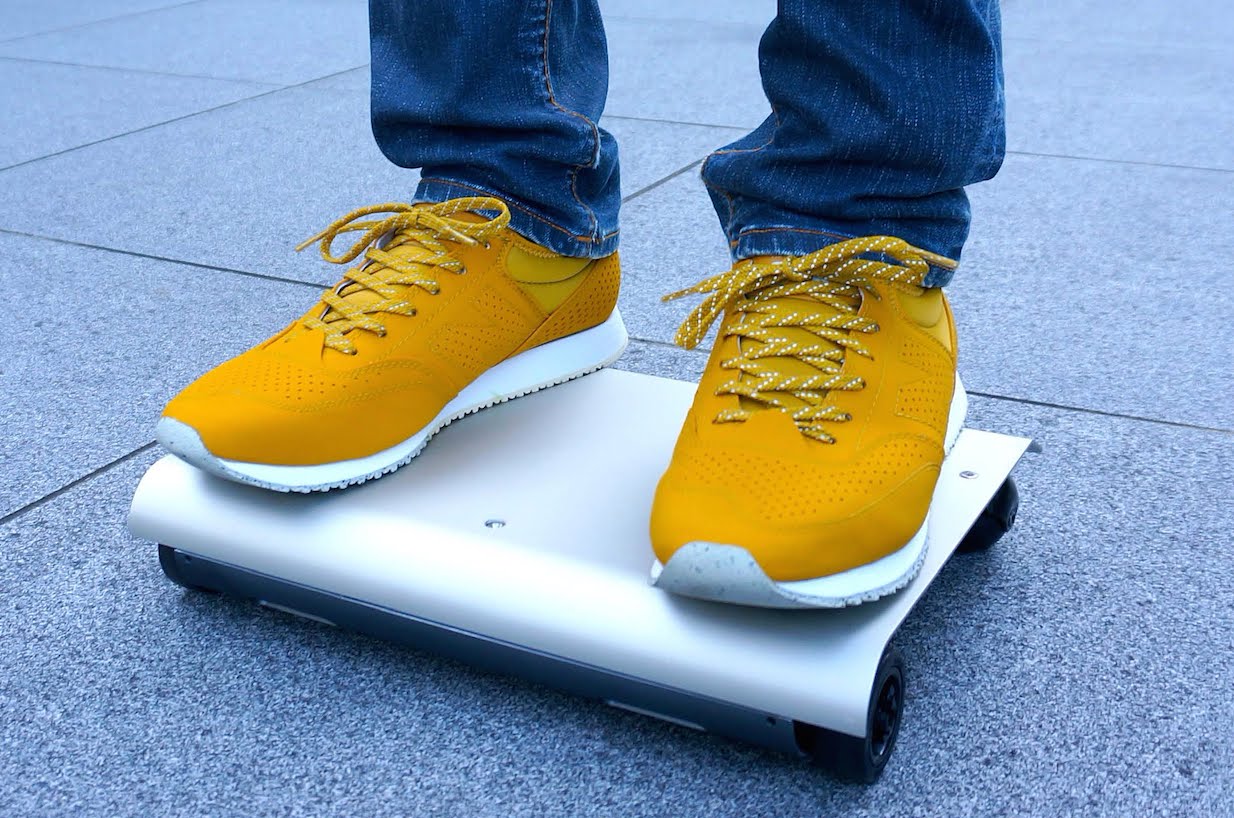 Although it looks pretty puny, the WalkCar is reportedly powerful enough to push a person in a wheelchair up an incline, and it can handle payloads weighing up to 120 kg (265 lb). 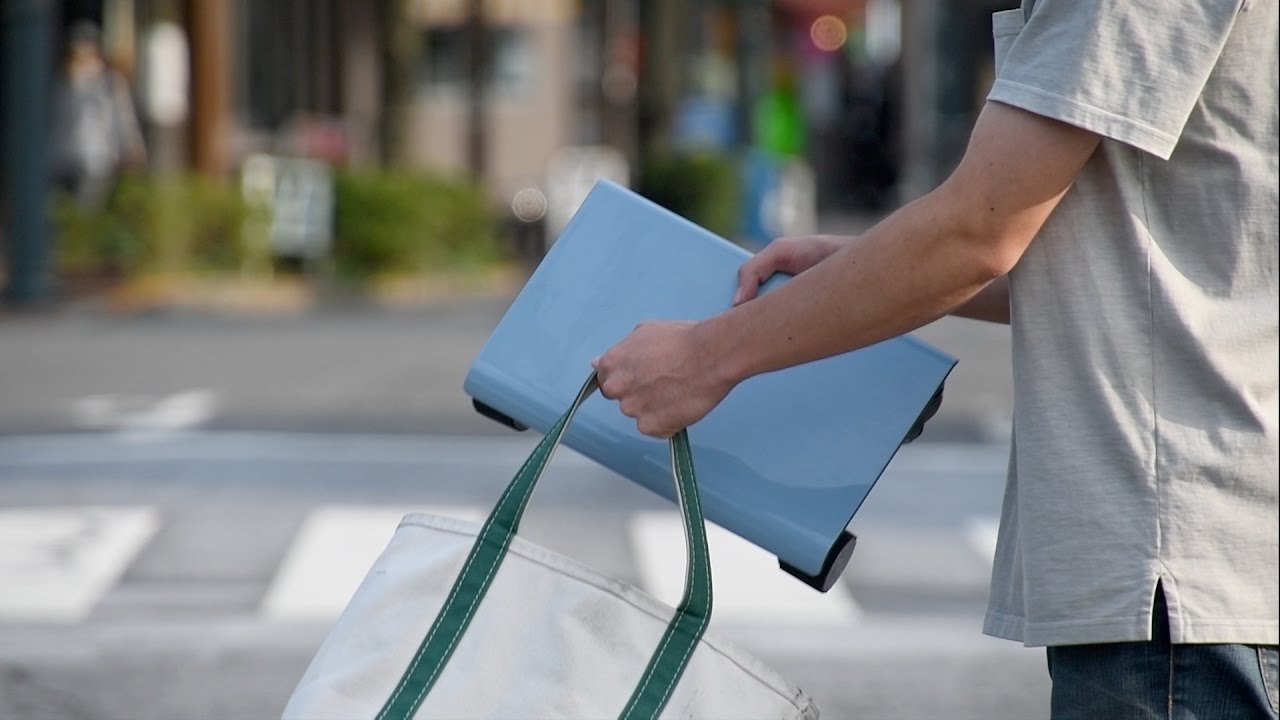 We've reached out to its Japan-based designer for more details, but are still waiting to hear back. One thing we do know, however, is that it's slated to be the subject of a Kickstarter campaign beginning in October. It's hoped that a production model will be out by next spring (Northern Hemisphere), priced at around 100,000 yen (about US$800).

Tags: WalkCar electric vehicle is like a laptop that you ride