(workdings.org) Target Corporation (doing business as Target and stylized as target) is an American big box department store chain headquartered in Minneapolis, Minnesota. It is the eighth largest retailer in the United States, and a component of the S&P 500 Index.

As of 2021, Target operates 1,926 stores throughout the United States, and is ranked number 37 on the 2020 Fortune 500 list of the largest U.S. corporations by total revenue. Their retail formats include the discount store Target, the hypermarket SuperTarget, and "small-format" stores previously named CityTarget and TargetExpress before being consolidated under the Target branding.

In 1962, the first Target discount store opened in Roseville, Minnesota, a suburb of Minneapolis–Saint Paul.

In the 1960s, Target delighted customers with its “department store touch in a discount store” and its aim to “provide excitement in shopping.” Stores advertised quality products at low, discount prices; free parking; air conditioning; and fast, easy, self-service shopping. 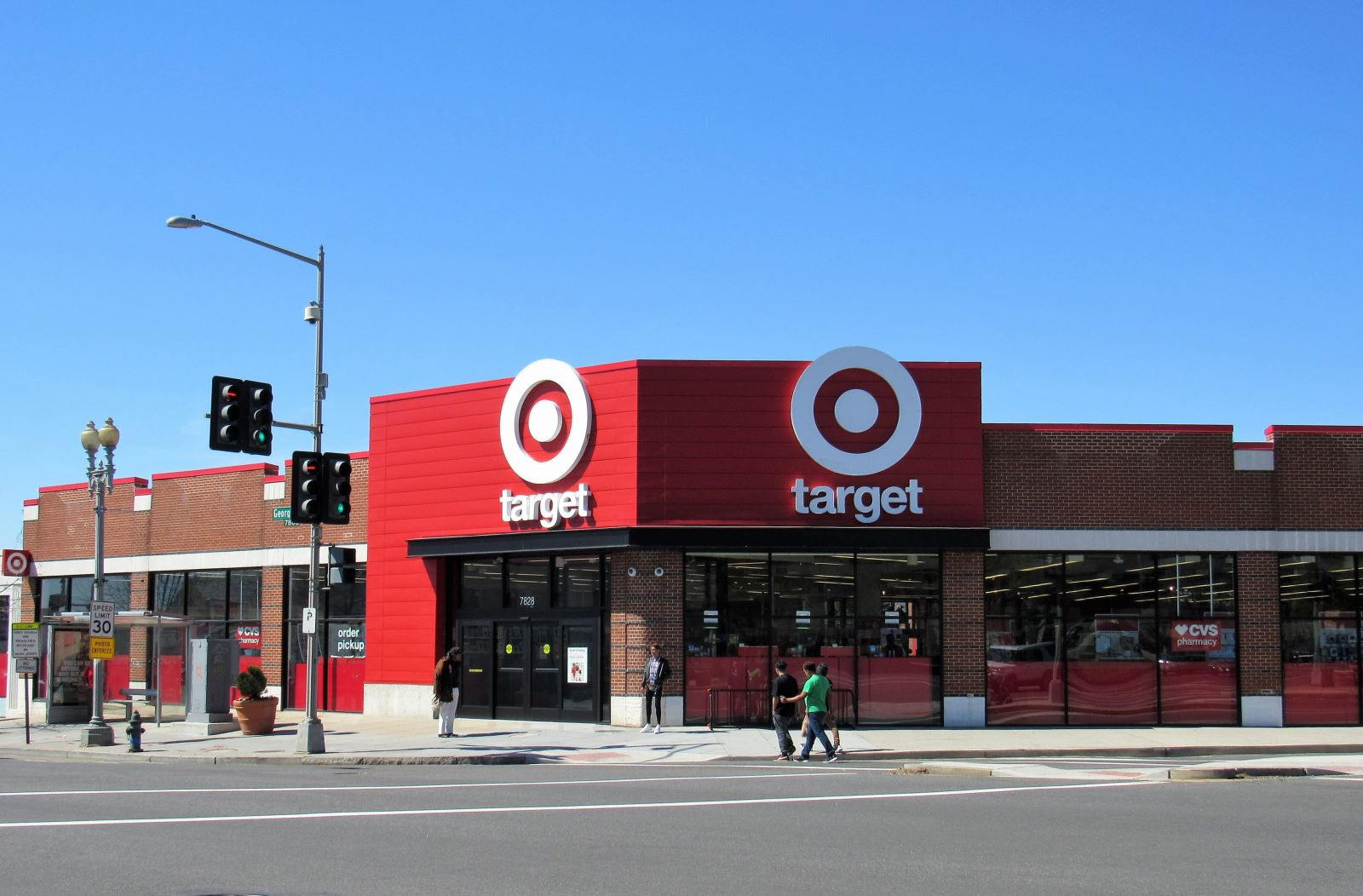 In 1962, Target created of Iconic Name and Logo. Dayton's Director of Publicity Stewart K. Widdess and his staff considered more than 200 potential names. In a burst of red-and-white inspiration, they came up with "Target" and immediately envisioned a classic bullseye logo. Widdess explained, "As a marksman's goal is to hit the center bulls-eye, the new store would do much the same in terms of retail goods, services, commitment to the community, price, value and overall experience."

In 1965, the still-private company released sales figures publicly for the first time.

In 1966, Target opened two stores in Denver, Colorado, as the first step in its national expansion plans.

After a decade of significant growth, Dayton's transformed itself from a regional department store company to a national retailer. The company's Initial Public Offering (IPO) was Oct. 18, 1967, with 450,000 common stocks at $34/share. Target become one of five divisions of the company.

In 1969, Target opened its first distribution center in Fridley, Minnesota — the first of dozens to come.

In 1970, the beginning of Target's environmental commitment.

In 1971, the annual Target survey gave employees the chance to voice their opinions about Target as an employer. Store accessibility and inclusion policy to hire people with disabilities.

In 1975, the guest shopping experience became consistent with the introduction of planograms, still integral to Target store layouts today.  Target became the No. 1 revenue producer of the five divisions of Dayton Hudson Corporation. 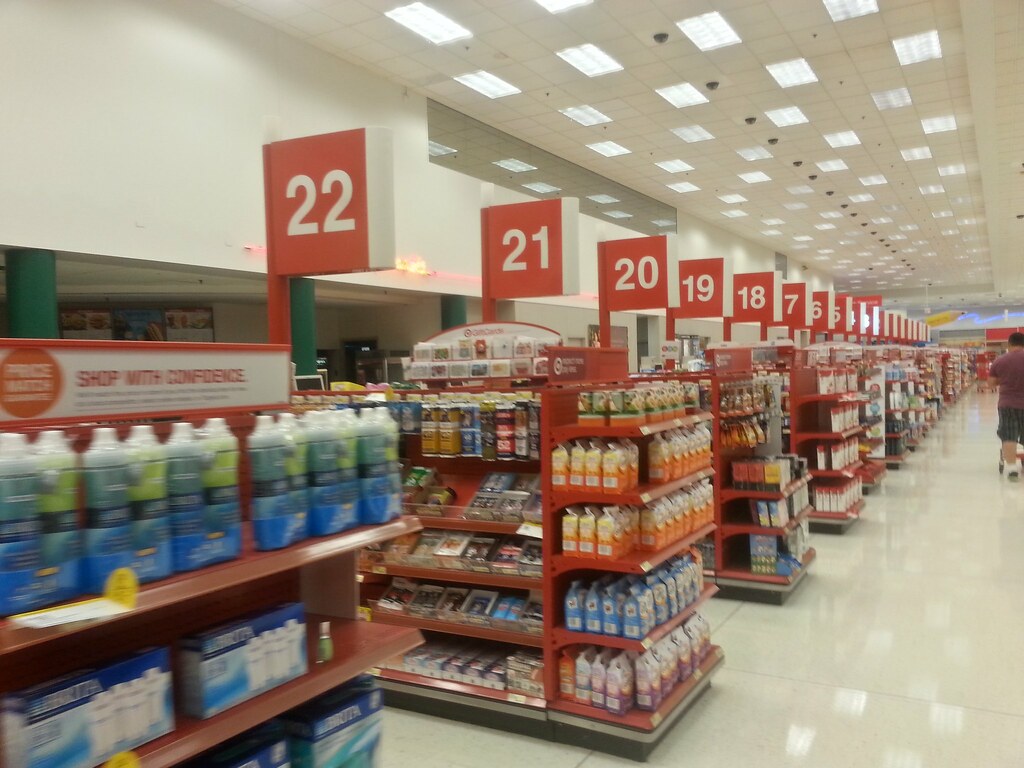 In 1977, Target published its first list of business values.

In 1979, Target celebrated an organizational milestone after achieving $1 billion in annual sales for the first time in company history.

In 1983, the new system linked all of Target's locations together in a communications network through the use of computers.

Target was the first retailer to try this innovative in-store approach to advertising.

Message Switch, Target's first email system, rolled out company-wide. It was replaced by T-Mail in 1991. 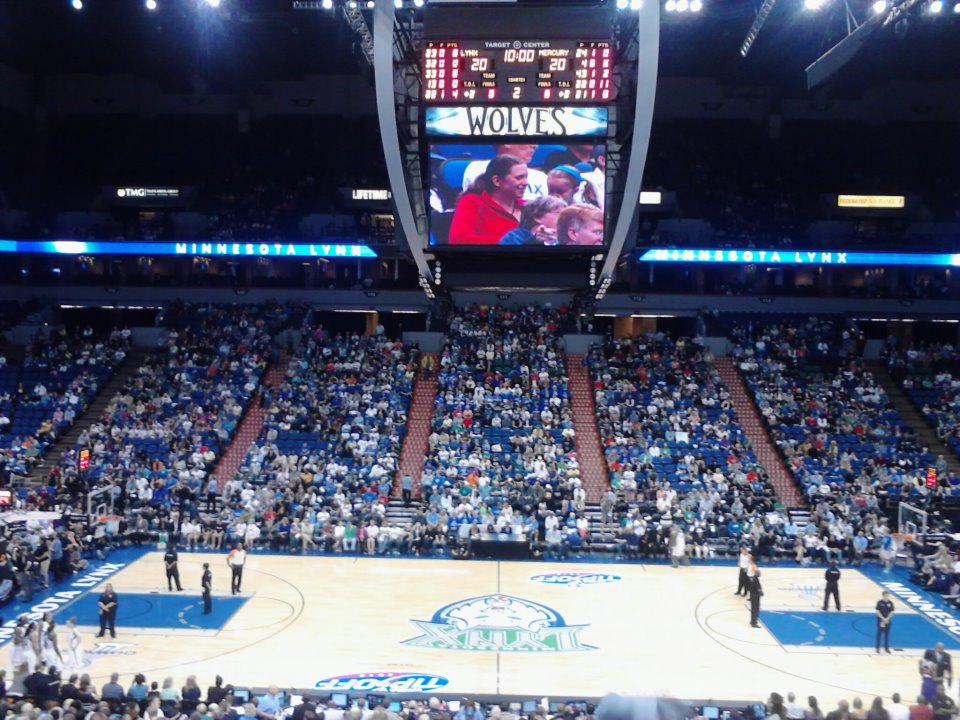 In 1995,the first SuperTarget — bigger than Target Greatland stores — opened in Omaha, Nebraska.

In 2003, Target Sourcing Services (TSS) was formed as a division of Associated Merchandising Corporation (AMC). 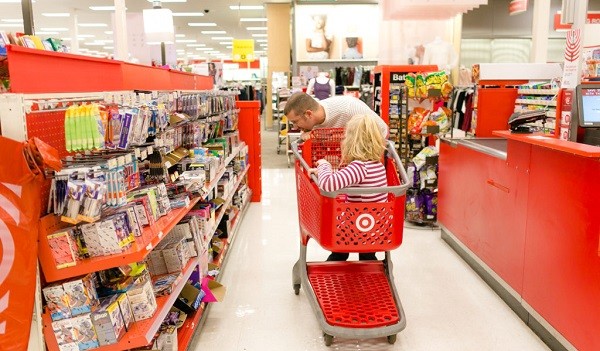 In 2009, Target opened its first stores in Hawaii on the islands of Oahu and the Big Island. A native Hawaiian ceremony blessed the land before construction began.

In 2013, three pilot stores opened in Ontario, with a total of 124 stores open by year end — Target's largest single-year opening of stores ever.

In 2015, Target made history with a live TV spot during a GRAMMY Awards commercial break.

According to corporate.target.com. Source of photo: internet