(WorldKings) The United Kingdom of Great Britain and Northern Ireland's National Day is celebrated annually on the Queen's Official Birthday, 11 June.Today, let's send messages of congratulations to this country! 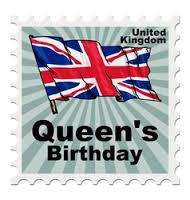 The United Kingdom of Great Britain and Northern Ireland, commonly known as the United Kingdom (UK) or Britain. British National Day is celebrated annually on the Queen's Official Birthday, 11 June.

The monarch's birthday has been celebrated in the United Kingdom since 1748. There, the Queen's Official Birthday has, since 1974, been marked on the Saturday in the range 11 – 17 June. Edward VII, who reigned from 1901 to 1910 and whose birthday was on 9 November, after 1908 moved the ceremony to summer in the hope of good weather. 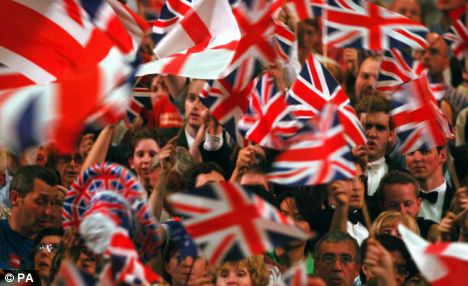 Parts of Scotland also mark Queen Victoria's birthday on the third Monday in May. Local government and higher education institutions typically close on this day.The day is marked in London by the ceremony of Trooping the Colour, which is also known as the Queen's Birthday Parade. The list of Birthday Honours is also announced at the time of the Official Birthday celebrations. In British diplomatic missions, the day is treated as the National Day of the United Kingdom. Although it is not celebrated as a specific public holiday in the UK, some civil servants are given a "privilege day" at this time of year, which is often merged with the Spring Bank Holiday (last Monday in May) to create a long weekend, which was partly created to celebrate the monarch's birthday.

The United Kingdom (UK) or Britain is asovereign state in Europe. Lying off the north-western coast of the European mainland, it includes the island of Great Britain (the name of which is also loosely applied to the whole country), the north-eastern part of the island of Ireland and many smaller islands. Northern Ireland is the only part of the UK that shares a land border with another state—the Republic of Ireland. Apart from this land border, the UK is surrounded by the Atlantic Ocean, with the North Sea to its east, the English Channel to its south and the Celtic Sea to its south-southwest. The Irish Sea lies between Great Britain and Ireland. With an area of 93,800 square miles (243,000 km2), the UK is the 80th-largest sovereign state in the world and the 11th-largest in Europe. It is also the 21st-most populous country, with an estimated 64.5 million inhabitants.

The United Kingdom is a developed country and has the world's fifth-largest economy by nominal GDP and ninth-largest economy bypurchasing power parity. The UK is considered to have a high-income economy and is categorised as very high in the Human Development Index, currently ranking 14th in the world. It was the world's first industrialised country and the world's foremost powerduring the 19th and early 20th centuries. The UK remains a great power with considerable economic, cultural, military, scientific, and political influence internationally. It is a recognised nuclear weapons state and its military expenditure ranks fourth or fifth in the world. The UK has been a permanent member of the United Nations Security Council since its first session in 1946. It has been a leading member state of the European Union (EU) and its predecessor, the European Economic Community(EEC), since 1973; it is also a member of the Commonwealth of Nations, the Council of Europe, the G7 finance ministers, the G7 forum, the G20, NATO, the Organisation for Economic Co-operation and Development (OECD), and the World Trade Organization(WTO).