(Worldkings.org) The Sahara desert is the world's largest hot desert. 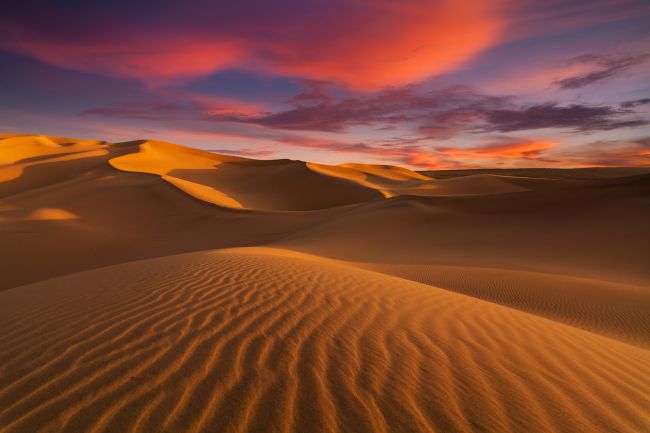 The Sahara is the largest hot desert in the world, and the third largest desert behind Antarctica and the Arctic, which are both cold deserts. The Sahara is one of the harshest environments on Earth, covering 3.6 million square miles (9.4 million square kilometers), nearly a third of the African continent, about the size of the United States (including Alaska and Hawaii).

The Sahara is bordered by the Atlantic Ocean on the west, the Red Sea on the east, the Mediterranean Sea on the north and the Sahel Savannah on the south. The enormous desert spans 11 countries: Algeria, Chad, Egypt, Libya, Mali, Mauritania, Morocco, Niger, Western Sahara, Sudan and Tunisia.

The Sahara desert has a variety of land features, but is most famous for the sand dune fields that are often depicted in movies. The dunes can reach almost 600 feet (183 meters) high but they cover only about 15 percent of the entire desert.

Despite the harsh, arid conditions of the desert, several plants and animals call the region home. There are approximately 500 species of plants, 70 known mammalian species, 90 avian species and 100 reptilian species that live in the Sahara, plus several species of spiders, scorpions and other small arthropods, according to World Wildlife Fund. 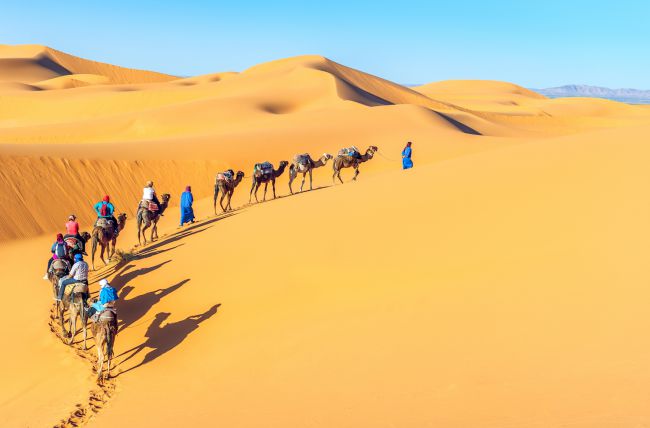 The area of the Sahara desert has grown nearly 10 percent since 1920, according to a 2018 study published in the Journal of Climate. While all deserts, including the Sahara, increase in area during the dry season and decrease during the wet season, human-caused climate change in conjunction with natural climate cycles, are causing the Sahara desert to grow more and shrink less. The study's authors estimated that approximately a third of the desert's expansion was due to human-made climate change. 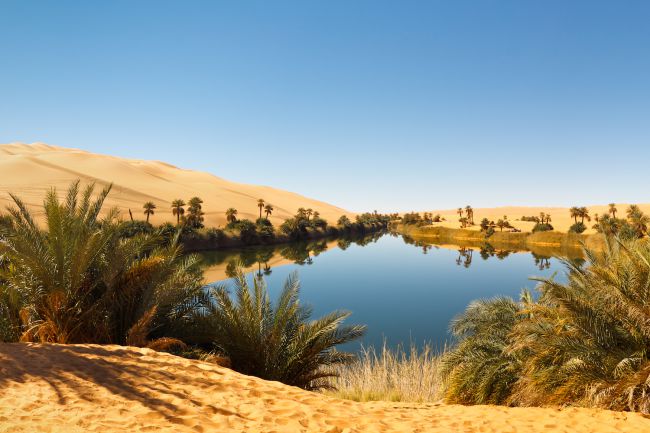