(Worldkings.org) The Museum of Egyptian Antiquities is the world's largest collection of Pharaonic antiquities.

The Museum of Egyptian Antiquities, known commonly as the Egyptian Museum or Museum of Cairo, in Cairo, Egypt, is home to an extensive collection of ancient Egyptian antiquities.

It has 120,000 items, with a representative amount on display, the remainder in storerooms. Built in 1901 by the Italian construction company Garozzo-Zaffarani to a design by the French architect Marcel Dourgnon, the edifice is one of the largest museums in the region. As of March 2019, the museum is open to the public. 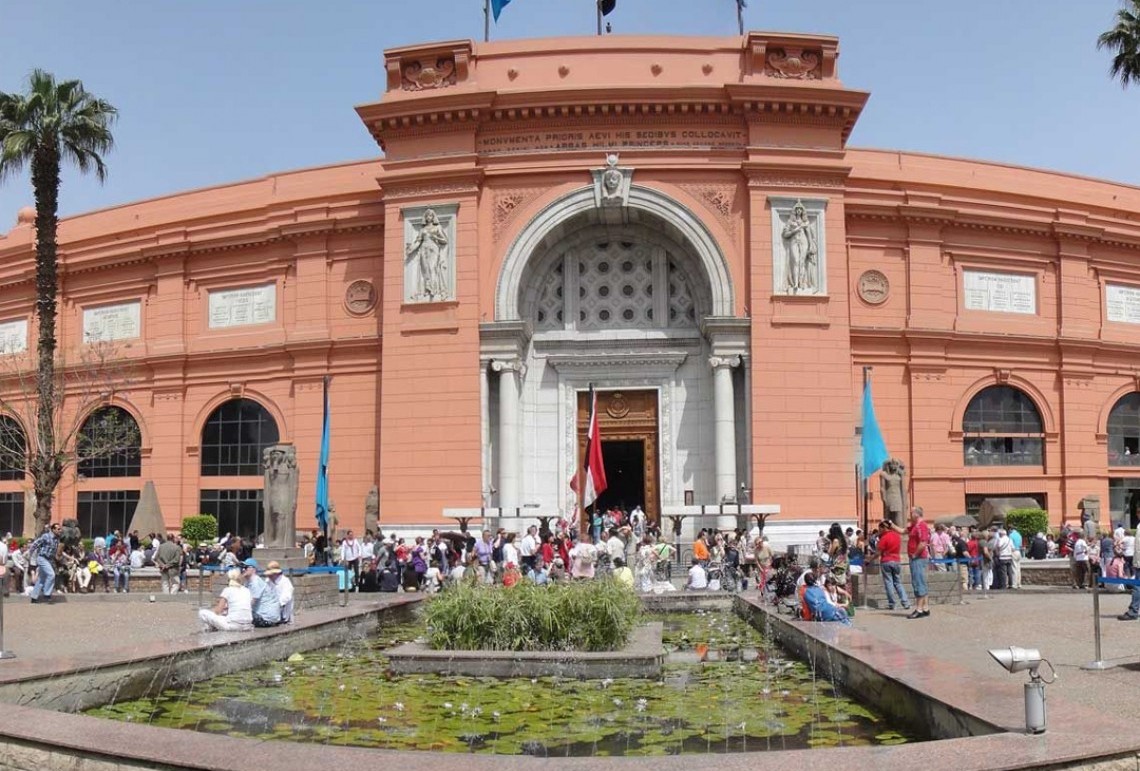 The Egyptian Museum of Antiquities contains many important pieces of ancient Egyptian history. It houses the world's largest collection of Pharaonic antiquities. 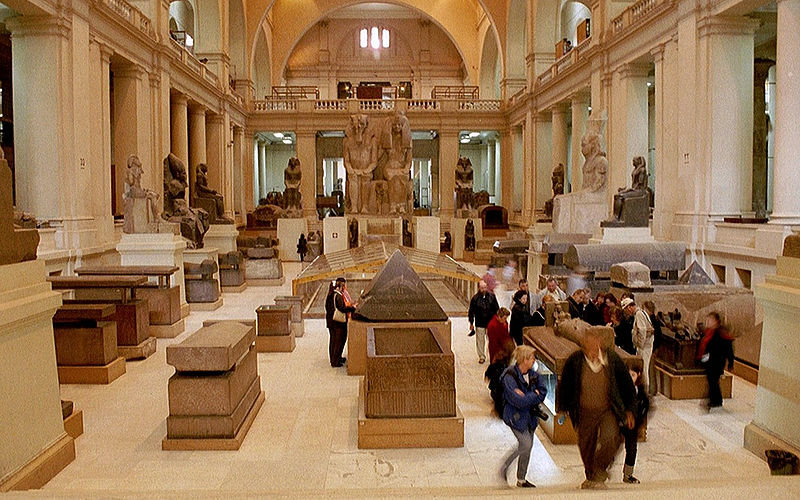 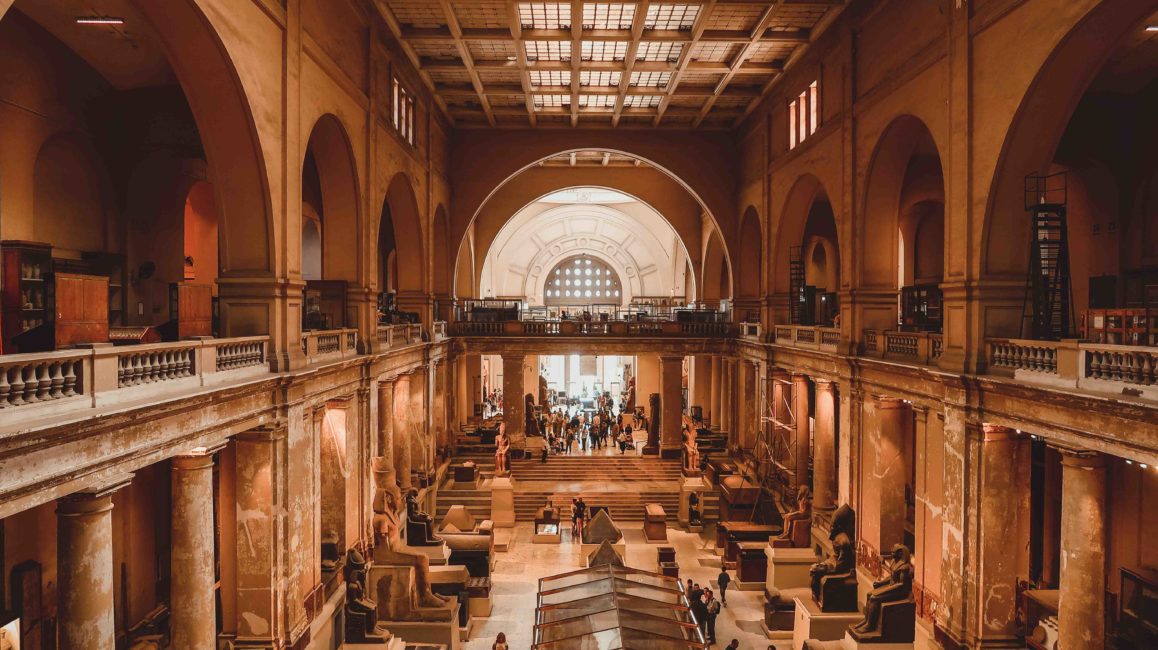 Also on the ground floor are artifacts from the New Kingdom, the time period between 1550 and 1069 BC. These artifacts are generally larger than items created in earlier centuries. 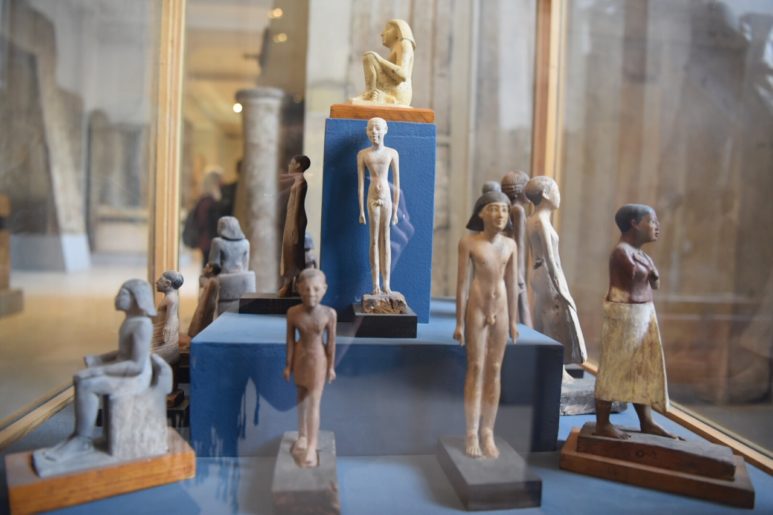 Those items include statues, tables, and coffins (sarcophagi), it also contains 42 rooms, upon entering through the security check in the building, one looks toward the atrium and the rear of the building with many items on view from sarcophagi and boats to enormous statues. 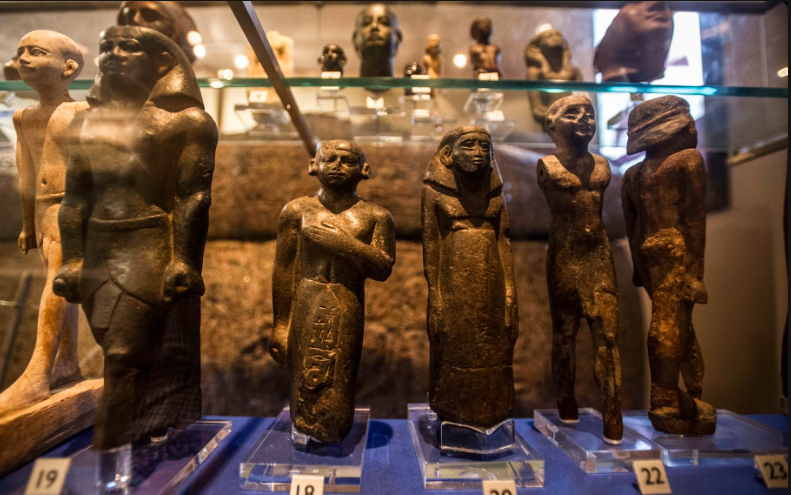 On the first floor there are artifacts from the final two dynasties of Egypt, including items from the tombs of the Pharaohs Thutmosis III, Thutmosis IV, Amenophis II, Hatshepsut, and the courtier Maiherpri, as well as many artifacts from the Valley of the Kings, in particular the material from the intact tombs of Tutankhamun and Psusennes I. 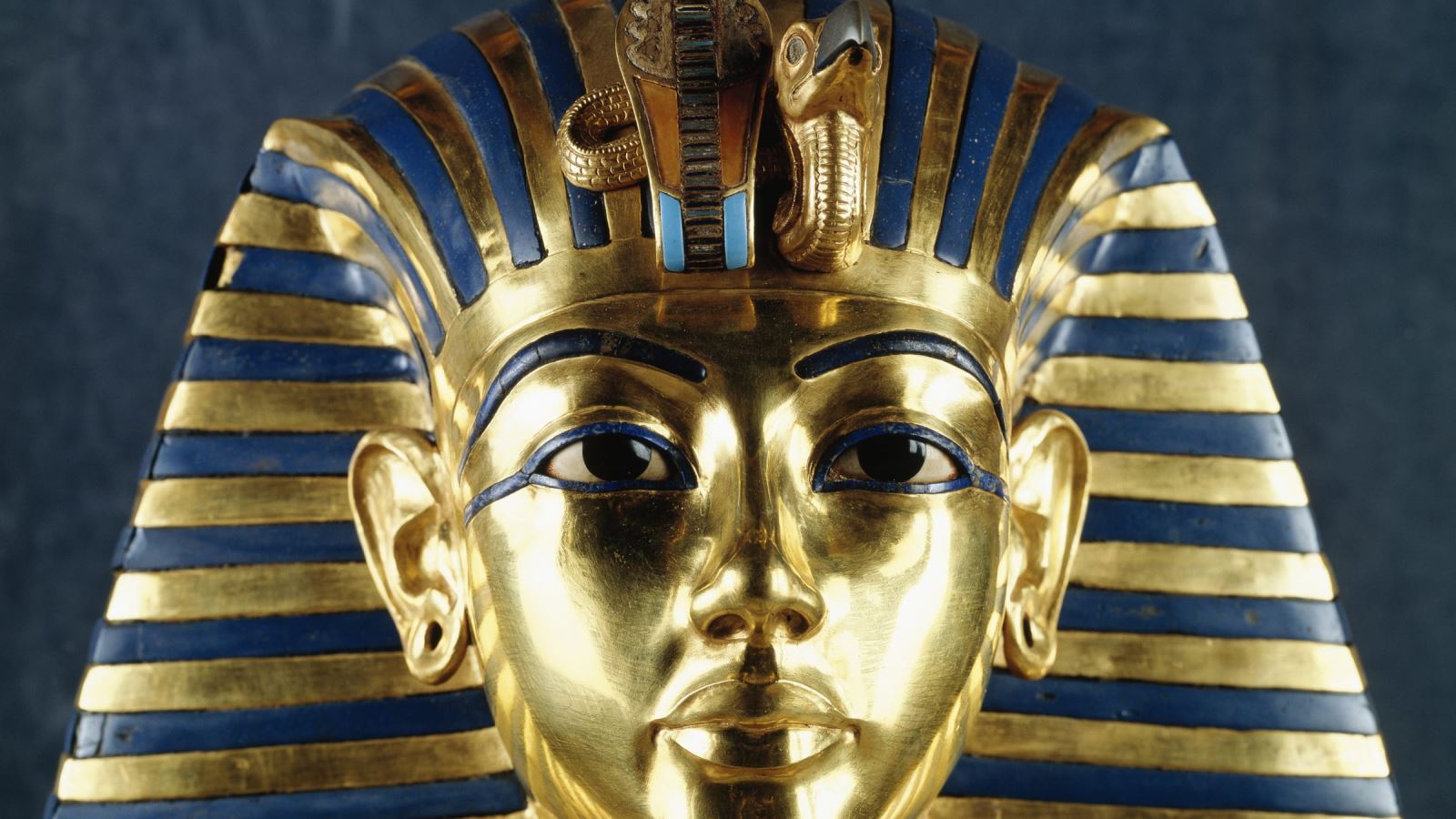 Two special rooms contain a number of mummies of kings and other royal family members of the New Kingdom. 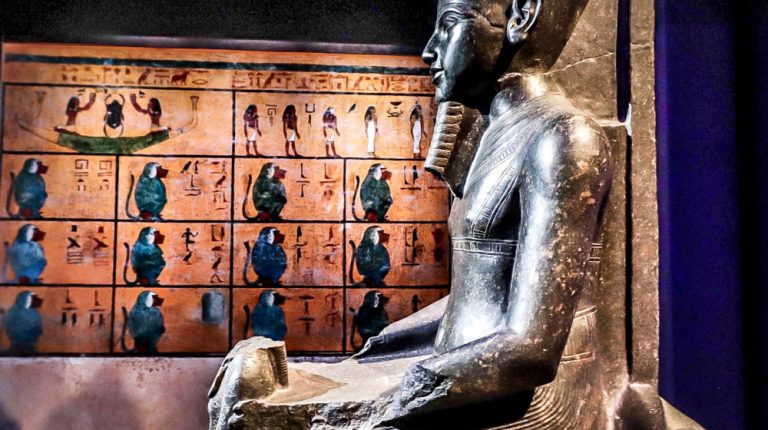 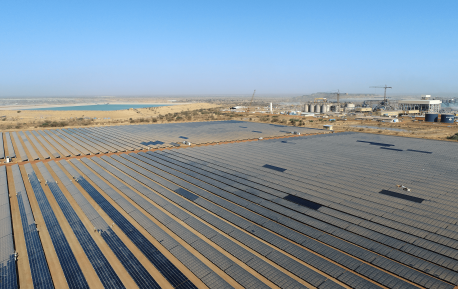 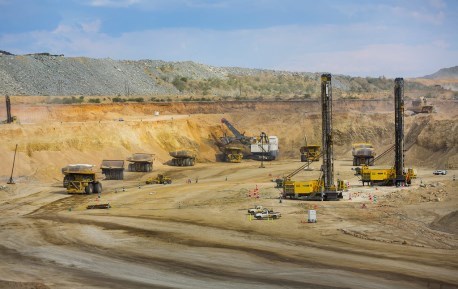 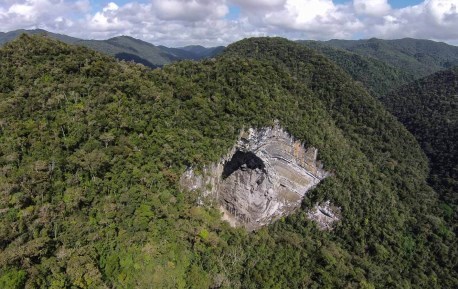 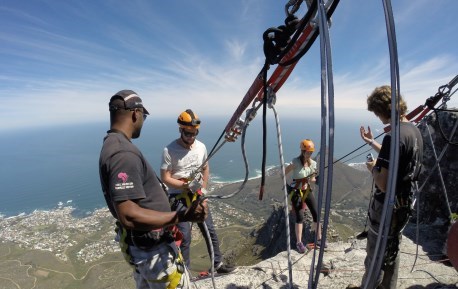 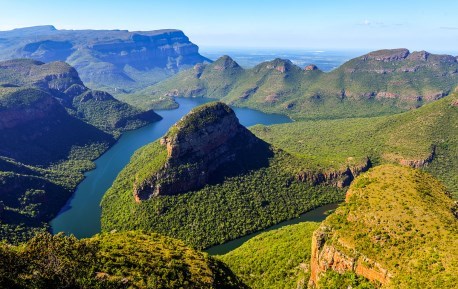 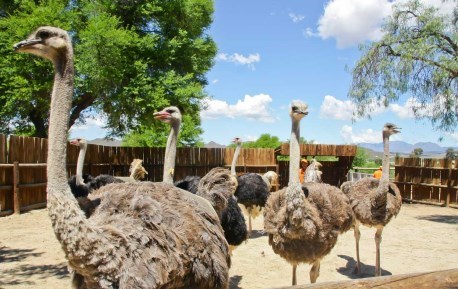