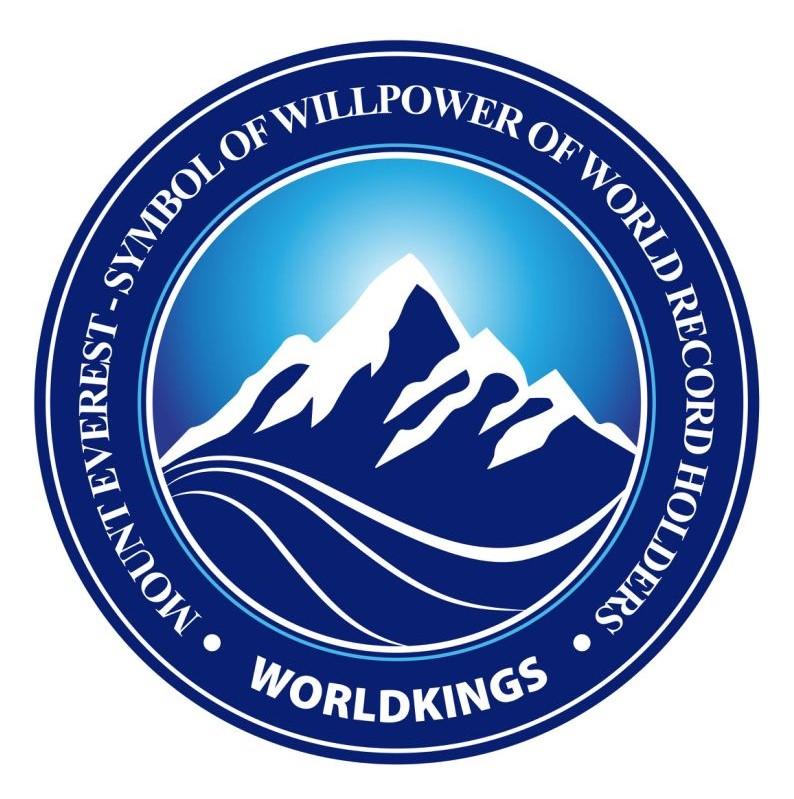 Each human being born has their own pre-established mission, but only a few have a potential to become the leading eagle, mounting up with wings despite the storms of adversity and challenges. In fact, the greater the hurricane winds, the stronger the eagle's wings, and hence, the higher it will soar. And that's the most courageous eagle, which has sufficient power and bravery, to soar very high to conquer the sky.

The same goes for people, who are the farthest away who are willing to take action and accept challenges ...

The summit of Everest straddles the border between the Nepal - Tibet (China) at the crest of the majestic Himalayan mountain chain. Nepalese call the summit point Sagarmatha, meaning “Goddess of the Sky”. Also, Tibetans call it Chomolungma, meaning “Goddess Mother of the World”. It is considered as “the summit of the world”, it is the Earth’s highest peak above the sea level with the current official elevation of 8,848 meters.

Mount Everest is the harshest environments on the planet. The climate of Everest is always hostile to living things. The warmest average daytime temperature (in July) is only about (−19°C) on the summit; in January, the coldest month, summit temperatures average (−36°C). Storms can come up suddenly, and temperatures can plummet unexpectedly. The peak of Everest is so high that it reaches the lower limit of the jet stream, and it can create whirlwind of 160 km per hour. Precipitation falls as snow during the summer monsoon , the risk of frostbite to climbers on Everest is extremely high.

It has been 67 years since the first successful attempt by mankind to ascend the mighty Mount Everest on May 29, 1953 but discovering and conquering this mountain is still the desire and goal of the million climbers worldwide. But the fact is that not everyone can overcome it, as evidenced by people who have permanently lost themselves in the cold snow of the Himalayas. The desire, the hope of a dream will never come true. So, this mountain is also nicknamed "The eternal rest".

For scientists and amateur climbers, when touching the "death zone" (over 8,000m high) is almost touching the "threshold of death". At this position, oxygen is the most luxurious and expensive thing for the human lungs. The way to conquer the roof of the world still overlaps with other dangers and challenges that the small person cannot fully predict. It was the blizzard, the bottomless abyss, the chilling to piercing cold  or extreme despair in the fear of dying at an unfinished ambition ...

Extremely harsh, but the snowy mountains of this majestic Himalayas always attract travelers all over the world. They aspire to touch this summit, once taking in the breathtaking views of a spectacular landscape, to feel the pride of conquering nature and feeling beyond themselves.

As William Arthur Ward had ever said: “The experienced mountain climber is not intimidated by a mountain - he is inspired by it. The persistent winner is not discouraged by a problem - he is challenged by it. Mountains are created to be conquered; adversities are designed to be defeated; problems are sent to be solved. It is better to master one mountain than a thousand foothills” 1.

Perhaps so, although determining that they could remains here, even have to cost their lives when spent with strength, to get yourself a few minutes of splendid life standing in the position of "summit of the world ”, Mount Everest has been continued to witness generations of climbers and explorers all over the world, with their enthusiasm to challenge themselves at the highest limit and once in a lifetime put their name in the history records book. The journey of extreme arduous endurance makes the life - death boundary no longer available.

At that peak, they will be more poignant, success is costing their lives. But nature, no matter how harsh, those who are brave enough to be able to overcome ...

Each of us has our limits, once breaking that limit, they will be able to feel the bliss to the utmost happiness in the zeal heart where the hot blood is running through. Everest, the paradise of the utmost trained spririt is also considered a chilly "grave". However, such "grave" could not bury the passionate heart! Like Reinhold Mesner, a famous climber once said: "I didn't climb Everest to die, I conquered it to find myself alive forever!"

THE CONQUEST OF WORLD RECORDS

African proverbs once said that to talk about the victors in harsh environments. Just as oak trees become more powerful in the reverse wind and diamonds form under pressure, creating yourself to accomplish the pinnacle of mankind success is not easy. It is not wrong to say that it is a LIFETIME JOURNEY.

Each of the record holder, determines that no rose without a thorn, no success is easy for those who stop fighting and stop trying. The challenge of life is to overcome. The secret of life is to dare. It is only through experience and hardship that the soul becomes stronger, the ambition is formed and then success is achieved. To reach the dream of Everest, climbers must spend months, sometimes every year for the preparation, training to improve fitness, improve climbing experience as well as survival skills, .. and SPIRIT, an important factor determining the success or failure of the journey.

The path to conquering the World Record is the same, the achievement achieved is the trade-off for outstanding efforts, daring to cope to find the most elite values. As well as conquering Mount Everst, becoming a World Record Holder is never easy. Some people spend half a life, some people spend a lifetime to achieve. But there are those who are forever unable to step over their limits.

Before becoming a World Record holder, each recordsman in every country is a sound-filled piece of music, a crystallization of the typical values that they have built up and created throughout their life without stopping. They represent the whole nation, a community of examples of effort, creativity and lifetime dedication.

World Record Holders - They are a community full of enthusiasm, ambition, resilience and perseverance in pursuit of creative journey and creating quintessence. This effort not only confirms their own talents but also glorifies the country and nation as proud flags flying on Mount Everest for those who win. The values that the record holder brings despite time - space remain intact and uphold the value, becoming an invaluable treasure passed down to future generations over the world.

The world highest Everest peak hasn’t stopped growing. Earth scientists estimate that Everest is 50 to 60 million years old, still “youngster” compared to other mountains. The mountain was formed by the upward force generated when the Indian and Eurasian tectonic plates collided, pushing up the rocks that formed the highest mountain on Earth. That force is still at work today, pushing Everest’s summit about a quarter of an inch higher each year. A world record holder, even though he has reached the highest peak, is constantly working hard and continuously to create new values. The manner in which a person chooses how to climb and the way in which an ordinary person becomes a World Record Holder clearly reflects creativity in skills and practices.

“Everest is in many ways still a blank canvas” (Cory Richard). So is the picture of World records, there are always have blanks for the most outstanding, the most creative, the most exerted, the most resilient.

Because of these similar relationships, from May 2020, Mount Everest has been officially chosen by the The World Records Union– WorldKings as the Symbol of willpower of the World Record Holder Community as a relation of peak value of nature and mankind. The journey to conquer Everest as well as the journey to become a World Record Holder symbol the hardship - harshnes that climbers as well as the record holder spent their lifetime attempting to set foot.

Though the way ahead is long but it is not a reason for us to slow down. There are many things to do that are not grounds for discouragement. The longer the road and the harder it is, the more opportunities there are. Just it’s essential that we don't forget the strong and confident steps. Only when we engage, we can start, study, train, grow, and find new paths for ourselves, to touch the top of glory and to engrave our names forever in life. Be grateful that the path is long and challenging, because that is where you will find the best that life can give you !!!

Those are the WorldKings’ messages for World Record Holders today and in the future.