(Worldkings.org) The conglomerate was formed of deposits of stone, sand, and mud from streams flowing into a delta at the edge of a lake, over millions of years. About 60 million years ago during the Paleogene period a series of earth movements pushed the seabed upward, creating a high plateau and causing many vertical fault lines in the thick layer of sandstone.

The Meteora is a rock formation in central Greece hosting one of the largest and most precipitously built complexes of Eastern Orthodox monasteries, second in importance only to Mount Athos. The six (of an original twenty four) monasteries are built on immense natural pillars and hill-like rounded boulders that dominate the local area. It is located near the town of Kalabaka at the northwestern edge of the Plain of Thessaly near the Pineios river and Pindus Mountains. 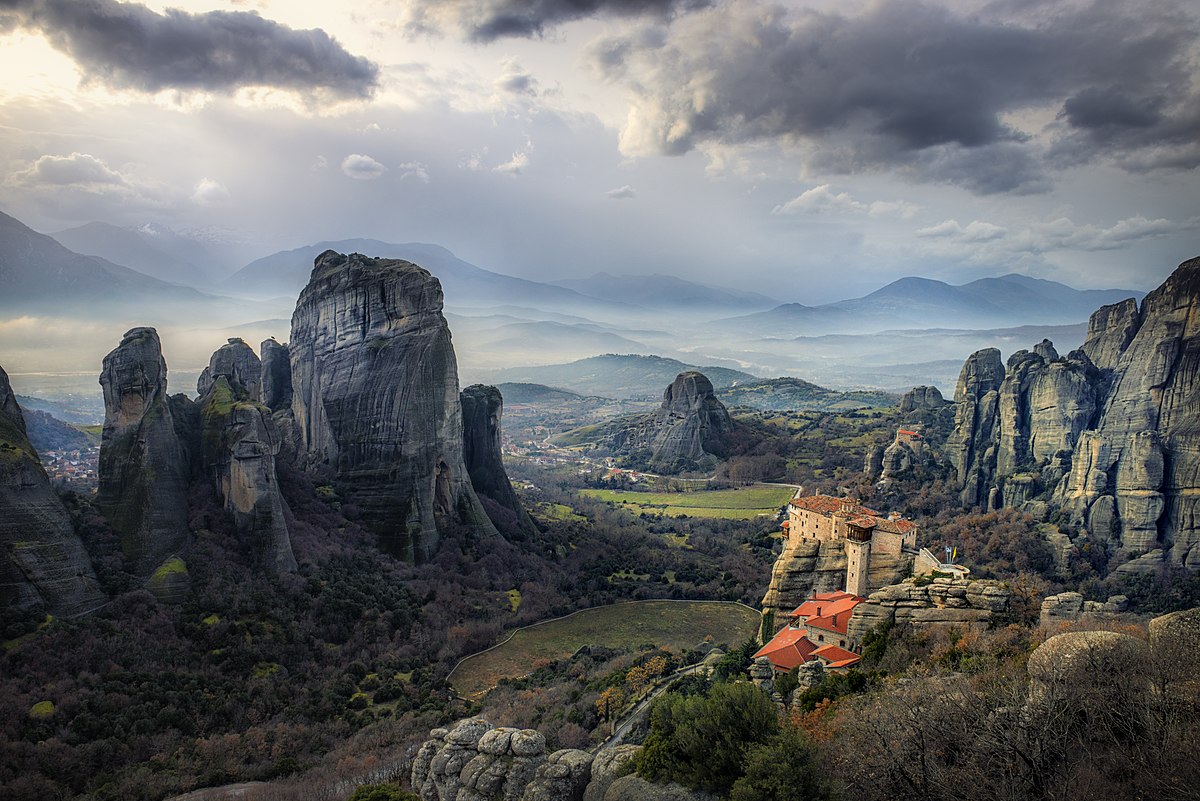 Meteora is included on the UNESCO World Heritage List under criteria I, II, IV, V, and VII. Beside the Pindos Mountains, in the western region of Thessaly, these unique and enormous columns of rock rise precipitously from the ground. But their unusual form is not easy to explain geologically. They are not volcanic plugs of hard igneous rock typical elsewhere, but the rocks are composed of a mixture of sandstone and conglomerate. 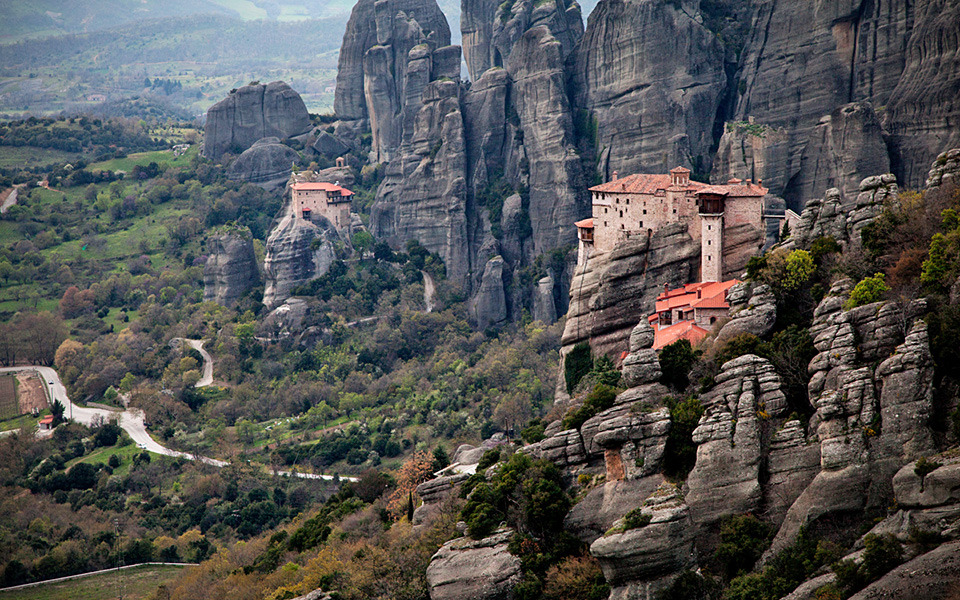 The conglomerate was formed of deposits of stone, sand, and mud from streams flowing into a delta at the edge of a lake, over millions of years. About 60 million years ago during the Paleogene period a series of earth movements pushed the seabed upward, creating a high plateau and causing many vertical fault lines in the thick layer of sandstone. The huge rock pillars were then formed by weathering by water, wind, and extremes of temperature on the vertical faults. It is unusual that this conglomerate formation and type of weathering are confined to a relatively localised area within the surrounding mountain formation.

This type of rock formation and weathering process has happened in many other places locally and throughout the world, but what makes Meteora's appearance special is the uniformity of the sedimentary rock constituents deposited over millions of years leaving few signs of vertical layering, and the localised abrupt vertical weathering. 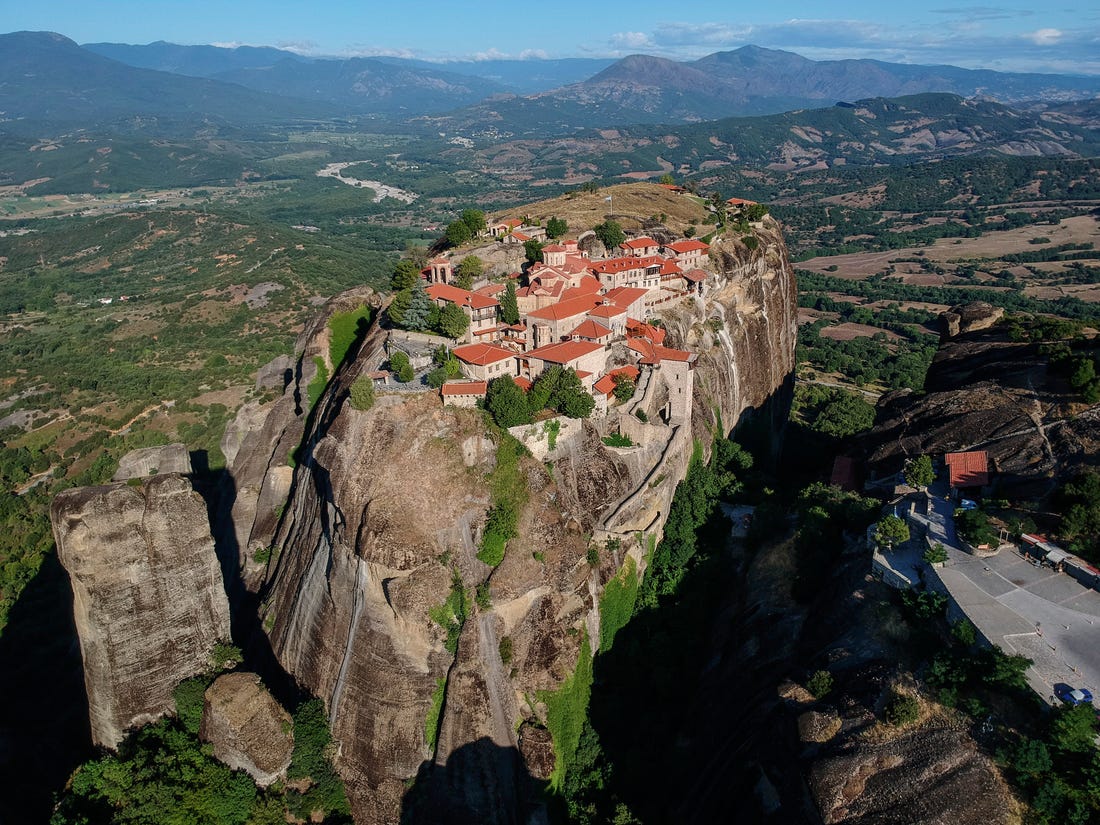 The exact date of the establishment of the monasteries is unknown. By the late eleventh and early twelfth centuries, a rudimentary monastic state had formed called the Skete of Stagoi and was centred around the still-standing church of Theotokos (Mother of God). By the end of the twelfth century, an ascetic community had flocked to Meteora.

In 1344, Athanasios Koinovitis from Mount Athos brought a group of followers to Meteora. From 1356 to 1372, he founded the great Meteoron monastery on the Broad Rock, which was perfect for the monks; they were safe from political upheaval and had complete control of the entry to the monastery. The only means of reaching it was by climbing a long ladder, which was drawn up whenever the monks felt threatened.

At the end of the fourteenth century, the Byzantine Empire's reign over northern Greece was being increasingly threatened by Turkish raiders who wanted control over the fertile plain of Thessaly. The hermit monks, seeking a retreat from the expanding Turkish occupation, found the inaccessible rock pillars of Meteora to be an ideal refuge. More than 20 monasteries were built, beginning in the fourteenth century. Six remain today.

At their peak in the sixteenth century there were 24 monasteries at Meteora in Greece. They were created to serve monks and nuns following the teachings of the Eastern Orthodox Church. Much of the architecture of these buildings is Athonite in origin. Today there are six still functioning, while the remainder are largely in ruin. Perched onto high cliffs, they are now accessible by staircases and pathways cut into the rock formations. 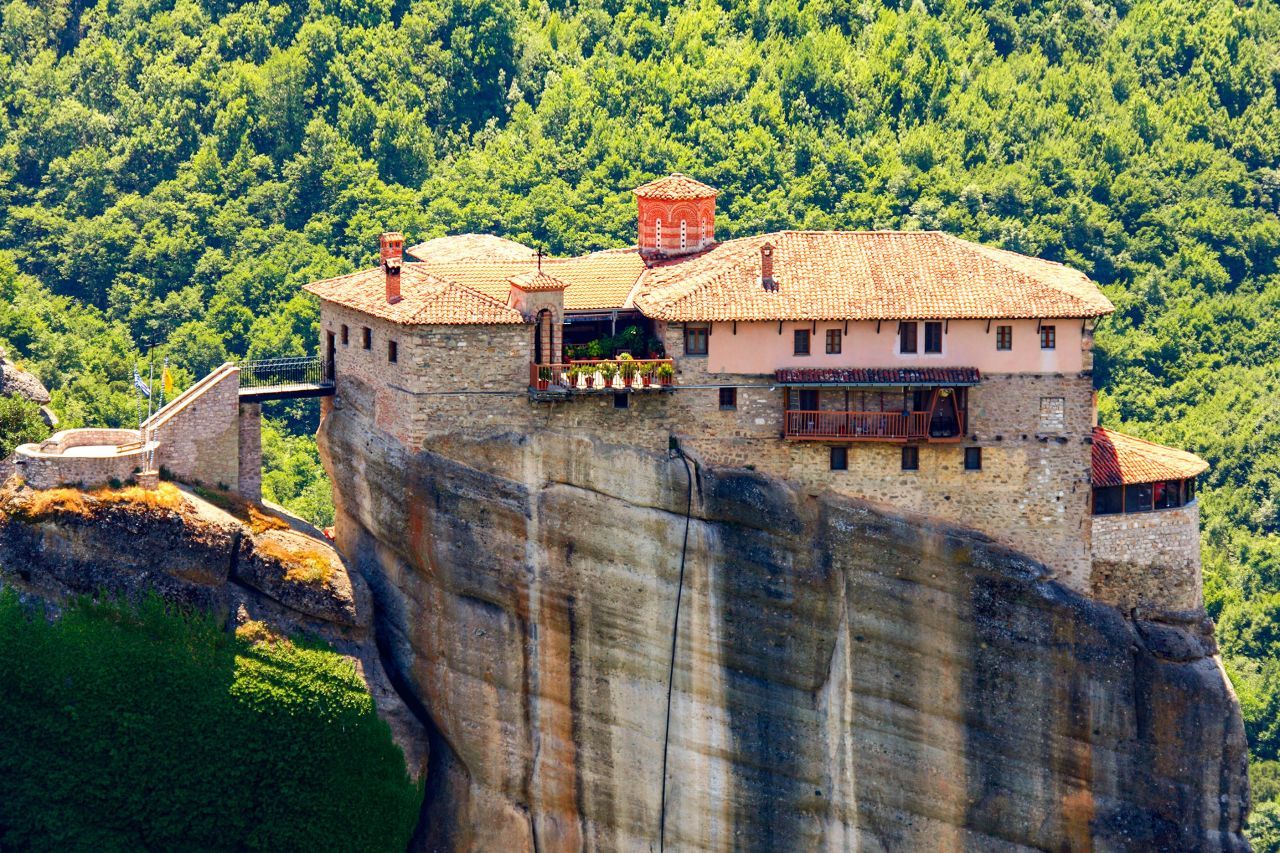 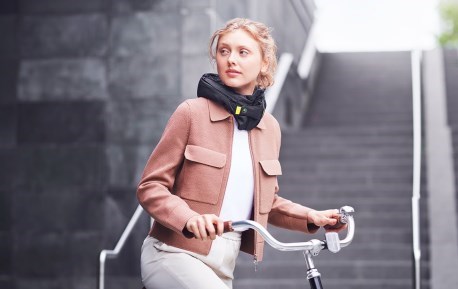 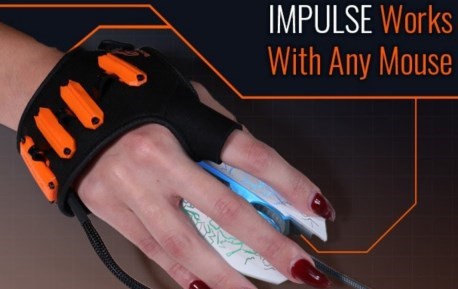 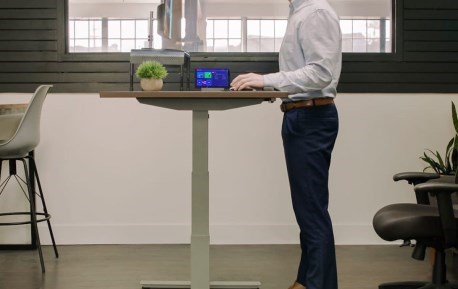 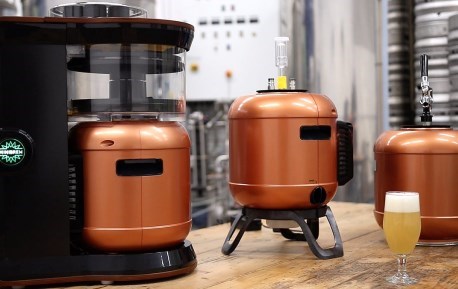 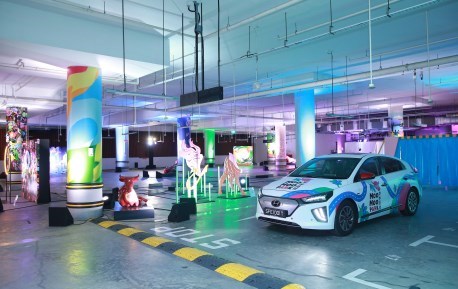 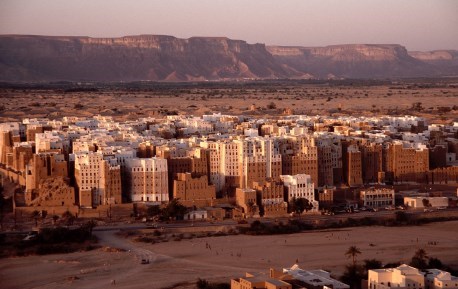