The Journey to Promote the National Symbols in the World No.12: Brunei- Sultan Omar Ali Saifuddien Mosque

(Worldkings) Completed in 1958, Masjid Omar Ali Saifuddien – named after the 28th Sultan of Brunei (the late father of the current sultan) – is surrounded by an artificial lagoon that serves as a reflecting pool. 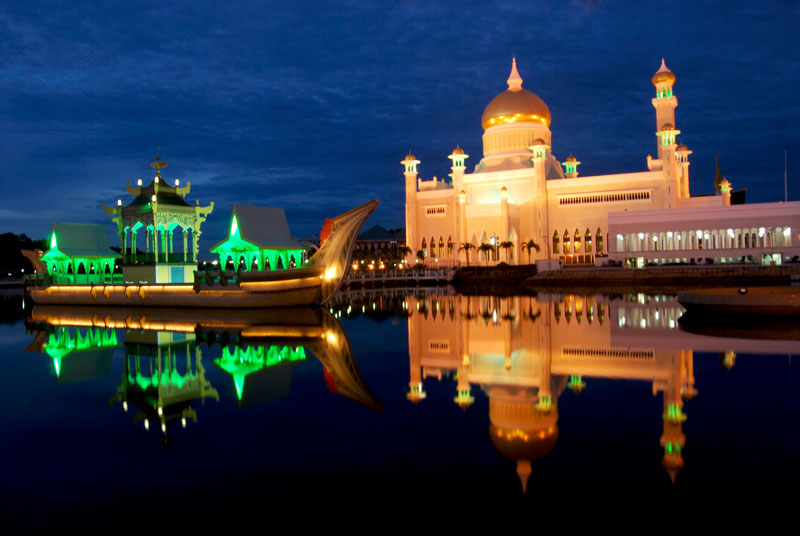 This being Brunei, the interior is pretty lavish. The floor and walls are made from the finest Italian marble, the chandeliers were crafted in England and the luxurious carpets were flown in from Saudi Arabia. A 3.5-million-piece glass mosaic overlaying real gold leaf covers the main dome.

The mosque's 52m minaret makes it the tallest building in central BSB, and woe betide anyone who tries to outdo it – apparently the nearby Islamic Bank of Brunei building originally exceeded this height and so had the top storey removed by order of the sultan. The ceremonial stone boat sitting in the lagoon is a replica of a 16th-century mahligai (royal barge) where Koran-reading competitions were once held.

Come evening, the mosque is basically the happening centre of city life in Bandar; folks come for prayer, then leave to eat or shop, which is sort of Brunei in a nutshell.