the journey to promote the gastronomic value around the world: Spainish Cuisine

(Worldkings)Spanish cuisine is a way of preparing varied dishes, which is enriched by the culinary contributions of the various regions that make up the country. It is a cuisine influenced by the people who, throughout history, have conquered the territory of that country. 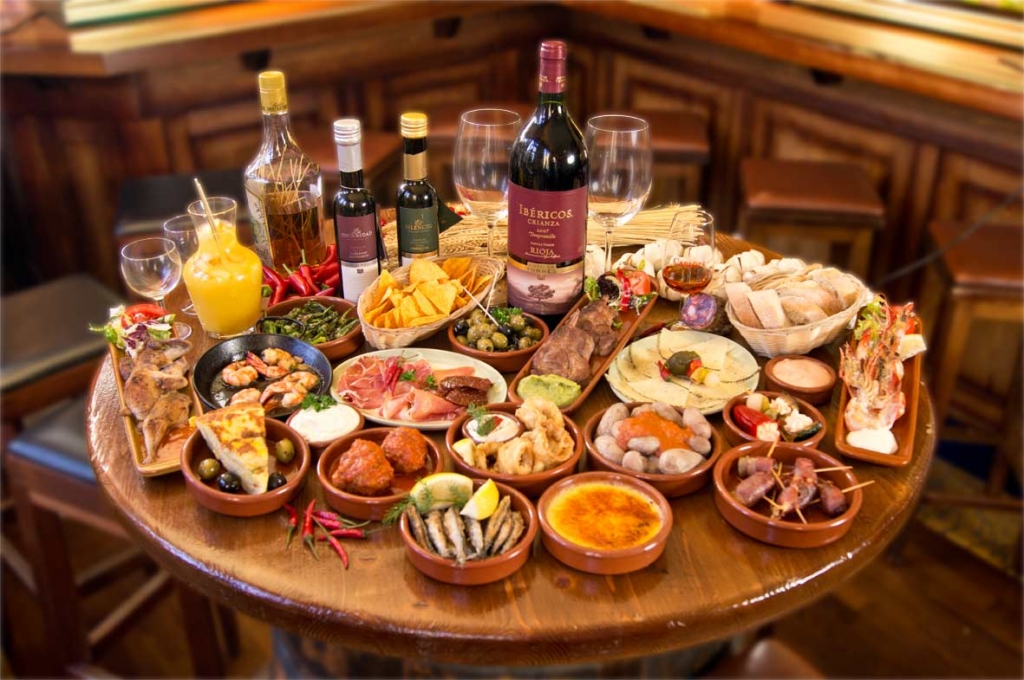 It wouldn’t be reasonable to visit Spain without experiencing the famous tapas ! Fist of all, tapas are not a particular type of food; they are a sort of little meals that can be eaten at any time of the day or at night. Spaniards use to eat tapas around a table with friends, having a beer or some sangria. Sometimes you can get free tapas everytime you order a drink, but unfortunately they are not always free, it depends on the stablishment. Tapas are part of Spanish food tradition; there is even a specific verb to discribe the action of eating tapas: “tapear”. The tastiest tapas are, for instance, jamón serrano with tomato, queso manchego (cold tapas) and tortilla espanola or meatballs (warm tapas). But Spaniards can actually find a whole variety of flavours, as a new tapa is invented everyday. 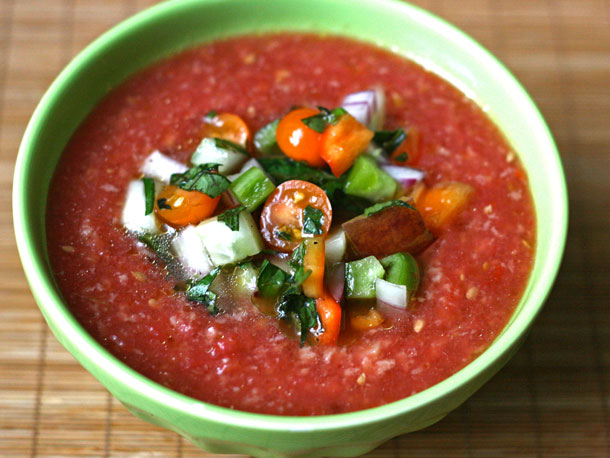 “Gazpacho” is a cool, refreshing and flavorful start to a meal on a hot summer day. It is a soup made with raw tomato, cucumber, pepper, onion, olive oil, wine vinegar, water, bread and salt.

This soup is original from Andalucia (a southern region of Spain) but is nowadays eaten in the whole country. It is a tasty, refreshing and very healthy choice, since it is made from nothing but fresh vegetables and a bit of oil and vinegar.

Salmorejo is a similar Andalucian version combining pureed bread, tomatoes, garlic, and vinegar, and sometimes along with a bit of ham or egg on top. 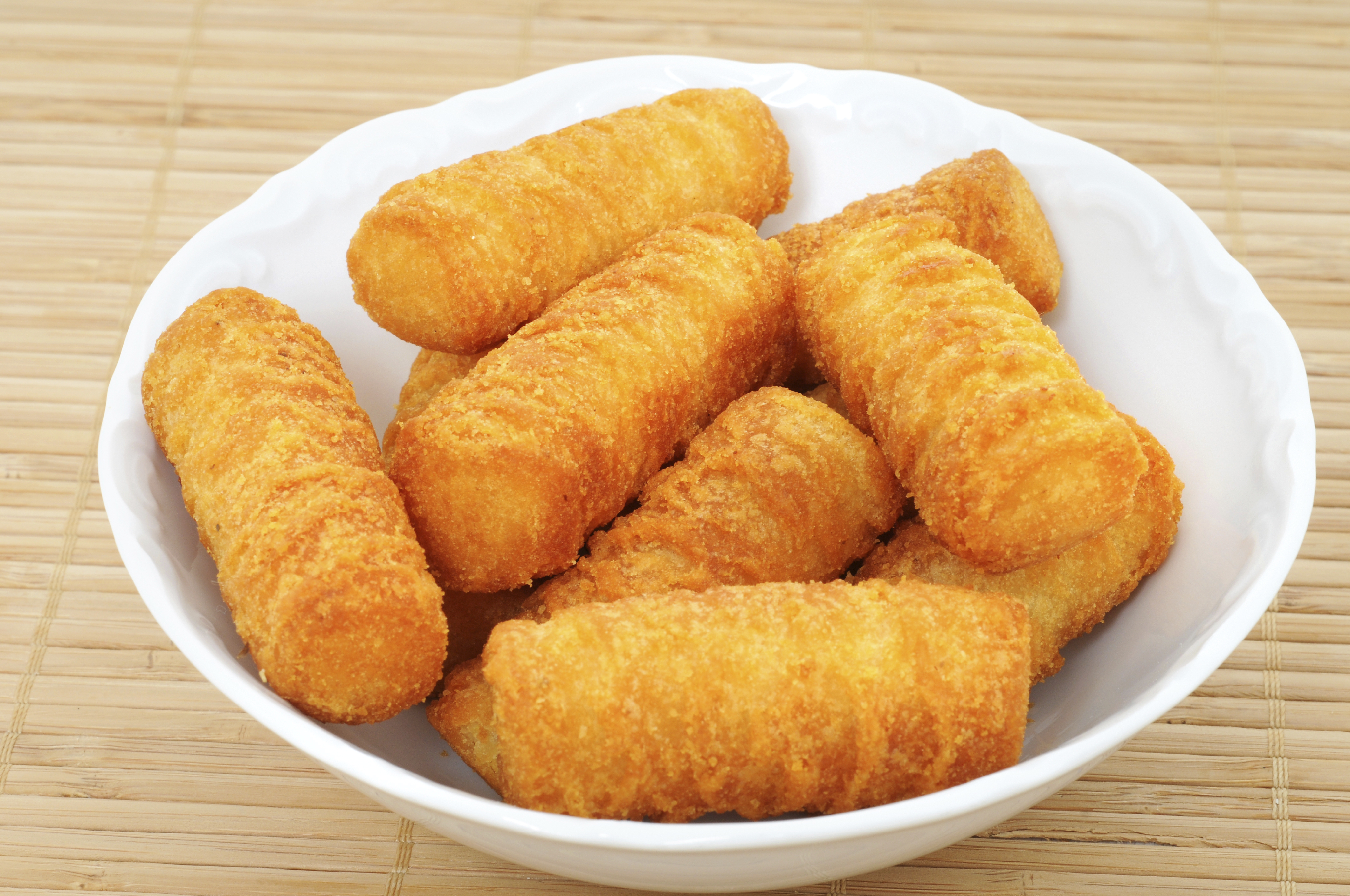 Traditional “croquetas” are small breadcrumbed fried food rolls usually filled with a mixture of béchamel and another main ingredient. This second ingredient can be jamón, chicken or cod. But many bars and restaurants may offer new and less traditional versions of croquetas with more varied fillings and ingredients such mushrooms, morcilla (blood sausage), cheeses, among others.

Croquettes is a type of warm tapas. While the creamy cheese (queso) croquettes pack a smooth flavour, croquettes filled with meet are stronger. Both are just delicious ! 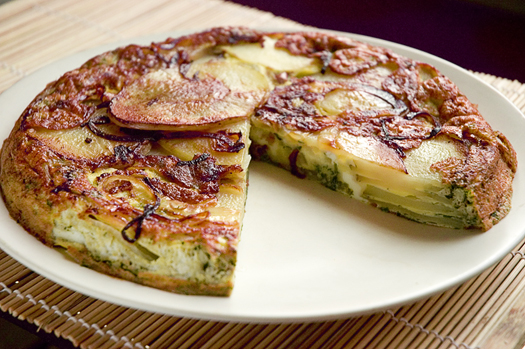 The very typical Spanish Omelette is made of low-cooked potato in olive oil, egg and onions are finally added to the slow-frying process. This delicious mixture can be enjoyed on its own, squeezed between a bocadillo (sandwich) with fried green pepper or accompanied with queso manchego. 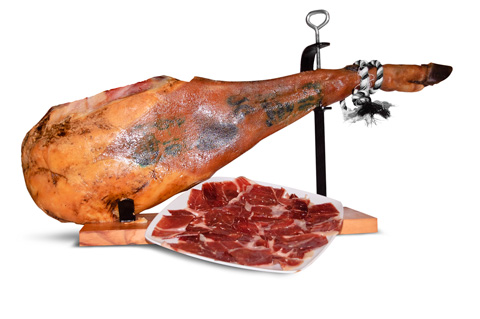 Jamón is the most famous Spanish “hors d’oeuvre”. We can find two kinds: “jamón ibérico” is the top category and jamón serrano.

Jamón is usually served with other appetizers. Some cured meats like chorizo or salchichón, and cheeses. The most typical Spanish cheese is “queso manchego”, also named The Cheese of Don Quixote due to the fact that Cervantes mentioned it in his legendary book. It is a very tasty cheese made of sheep milk, originally from La Mancha region (between the center and the south of Spain), but it is consumed all over Spain. 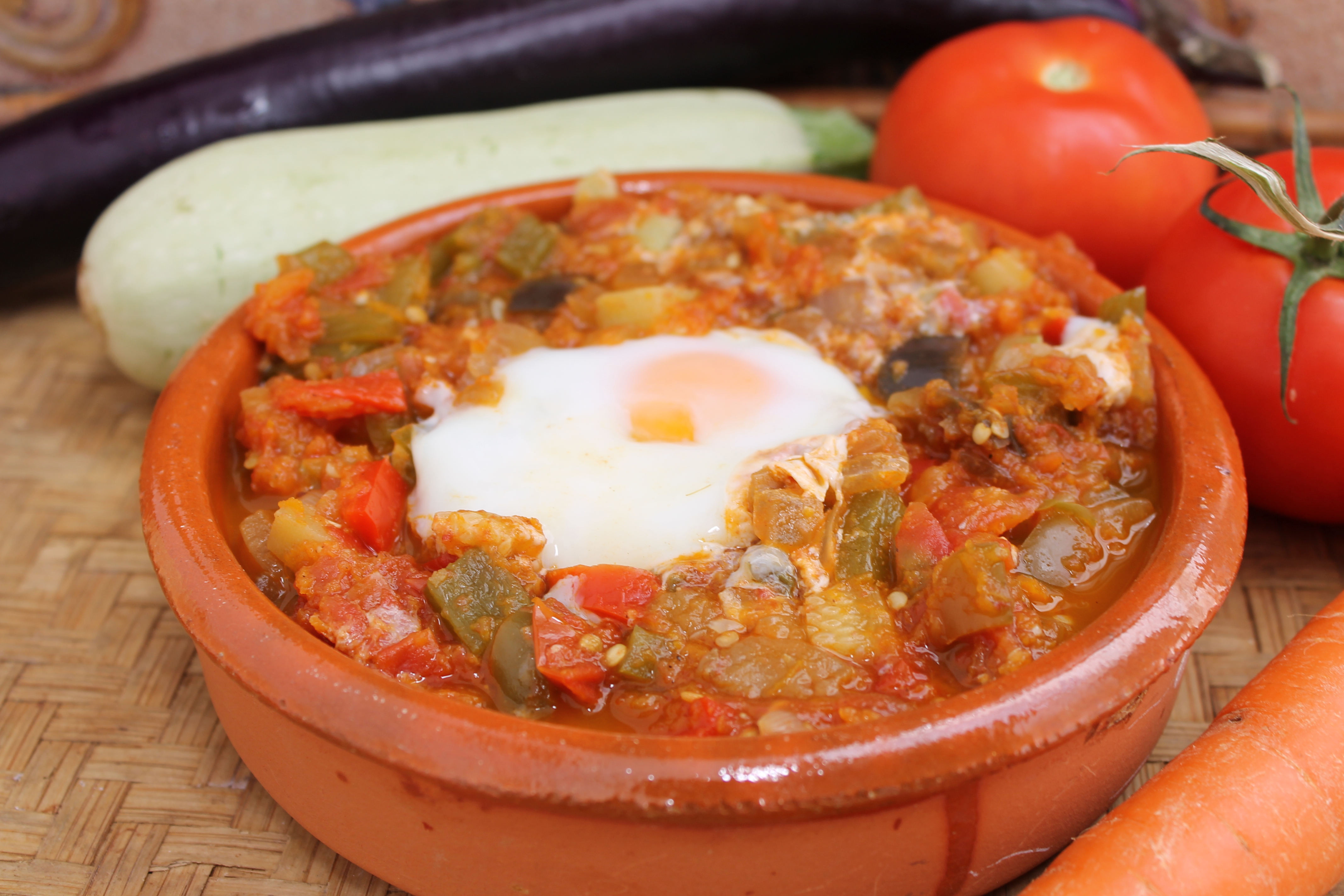 Here a vegetarian option for a tapas ! This dish is made of tomatoes, peppers, zucchini, onions, garlic, and of course, olive oil. This tasty recipe can also be enjoyed as starter, a side dish to meats, or even with a fried egg on top. 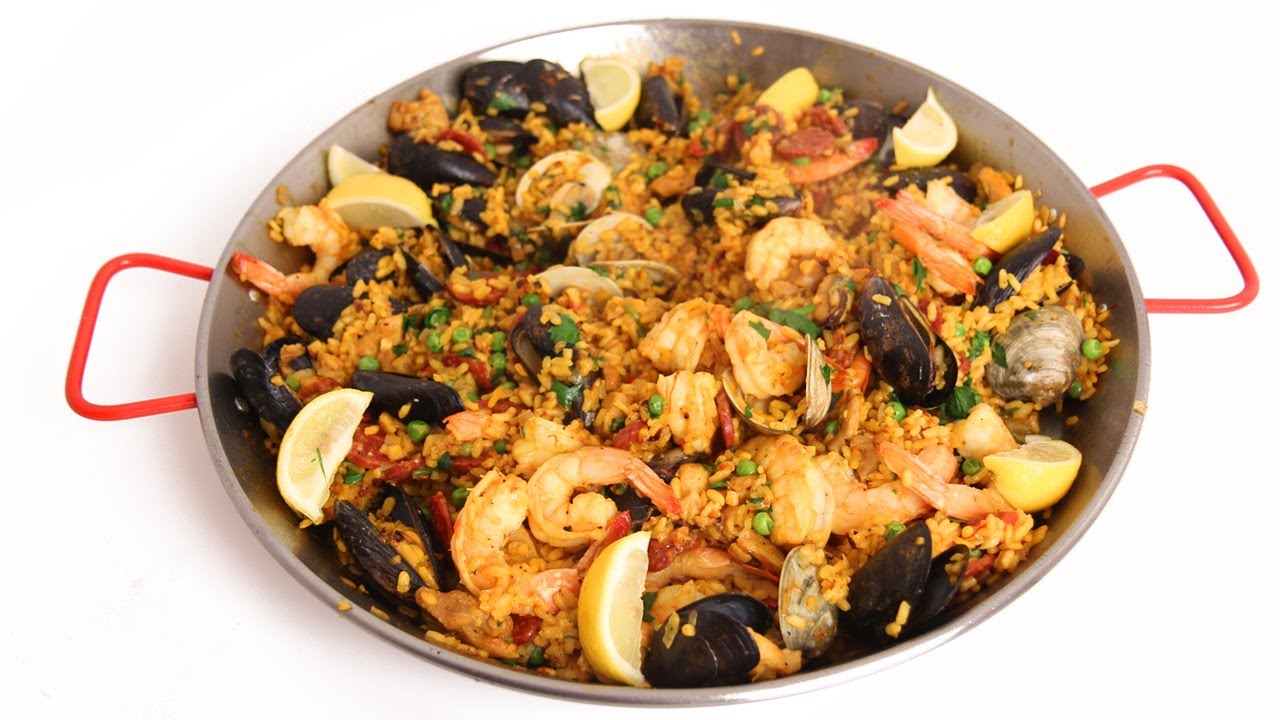 This rice-based Valencian dish is well known internationally, and comes in many variations. The traditional version is a mixture of chicken or rabbit (or both), white and green beans and other vegetables. There are two other common types of Paella: seafood paella, whit an array of seafood suprises among the flavour some rice, and paella mixture, with chicken and seafood.

Other similar recipes are a black rice stained by octopus ink, for adventurous! “Fiduea” is also a very tasty and typically valencian dish, with small curly pasta instead of rice. 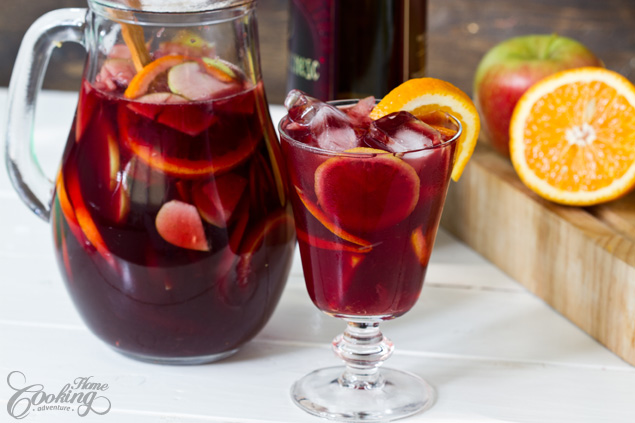 Sangria is typically Spanish wine a fruit punch. It is served in every single bar of the Spanish geography during the summer and it is a perfect alcoholic accompaniment during or after meals. Other two Spanish specialities are the refreshing tinto de verano (that means “summer wine”) that is, red wine with lemon soda, and rebujito (white sangria), a white wine mixed with lemonade. This last one is original from Andalucia and the most popular drink of the Sevillan Feria de Abril (April Fair).