(Worldkings.org) Horizontal Falls is the world's only horizontal waterfalls.

The Horizontal Falls or Horizontal Waterfalls (nicknamed the "Horries") is the name given to a natural phenomenon on the coast of the Kimberley region in Western Australia. The Horizontal Falls have been described by naturalist David Attenborough as "one of the greatest wonders of the natural world". They are formed from a break in-between the McLarty Ranges, reaching up to 25m in width. 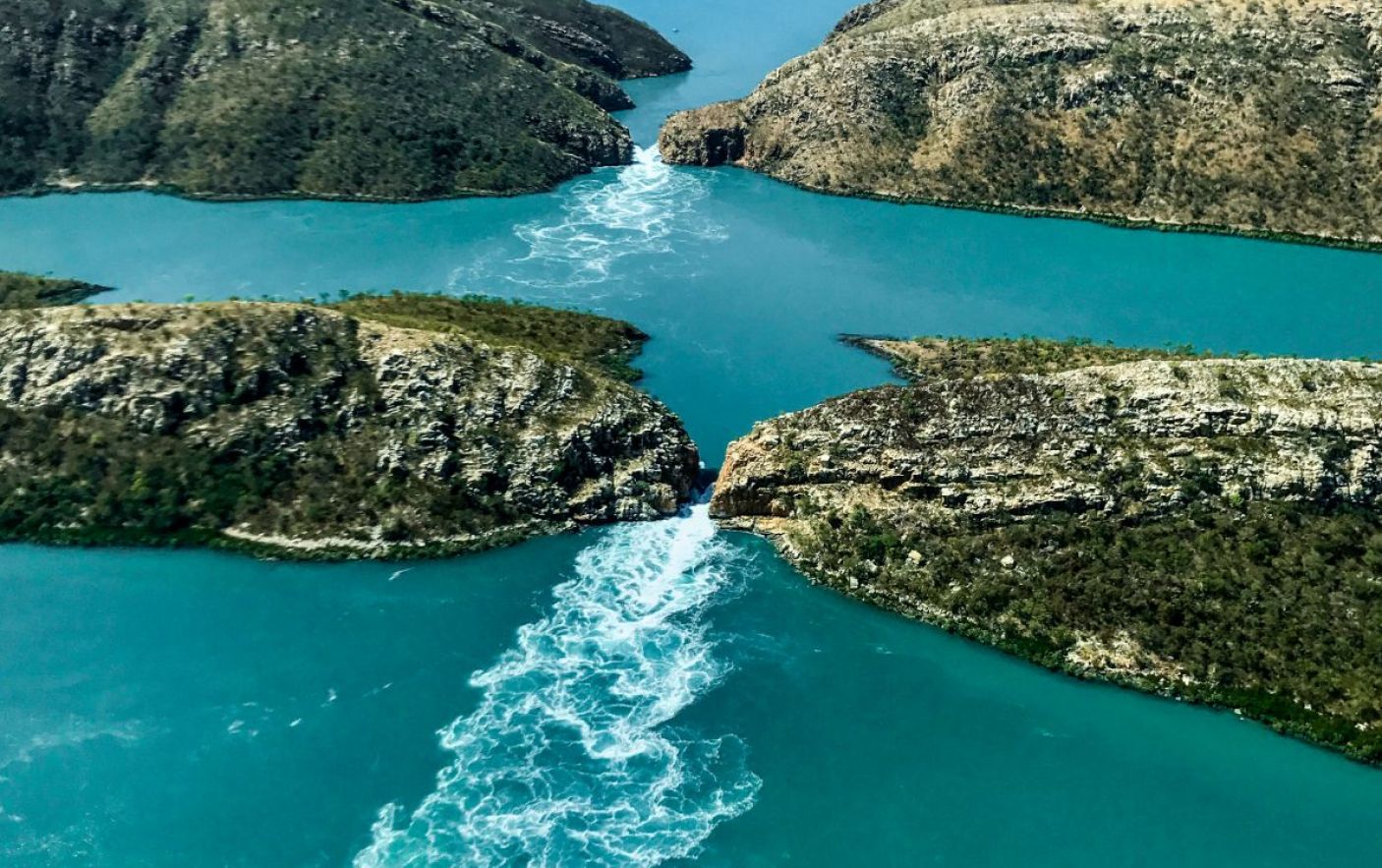 The natural phenomenon is created as seawater builds up faster on one side of the gaps than the other, creating a waterfall up to 5m high on a spring tide. Within each change of the tide, the direction of the falls reverses, creating vast tidal whirlpools. 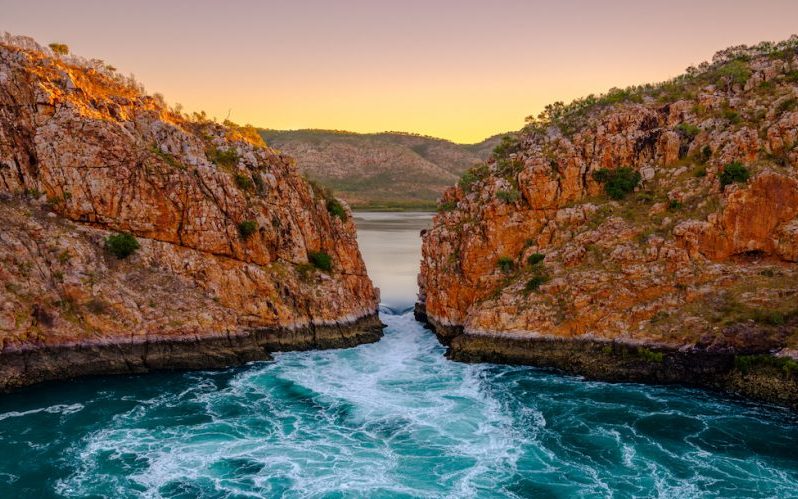 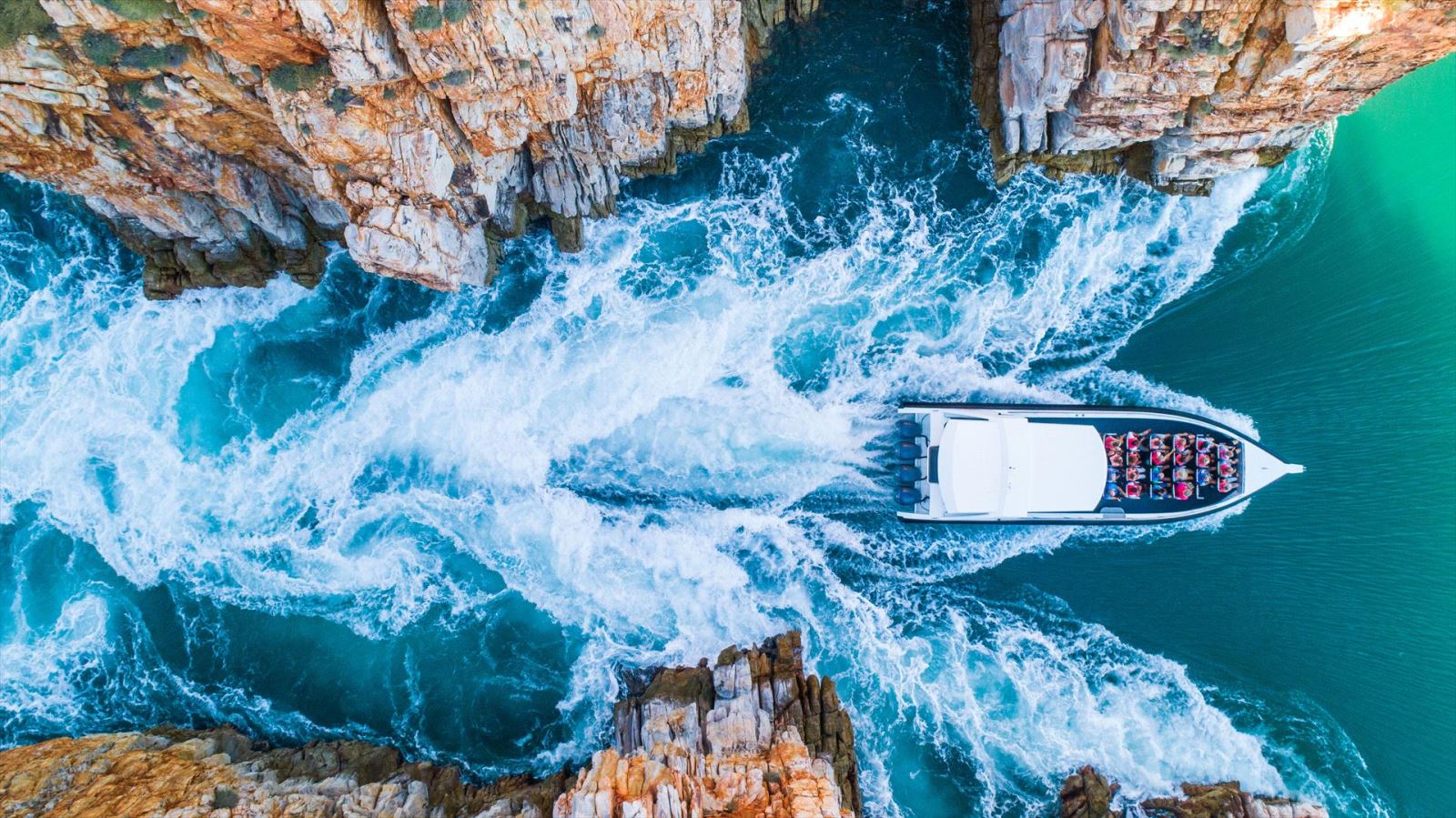 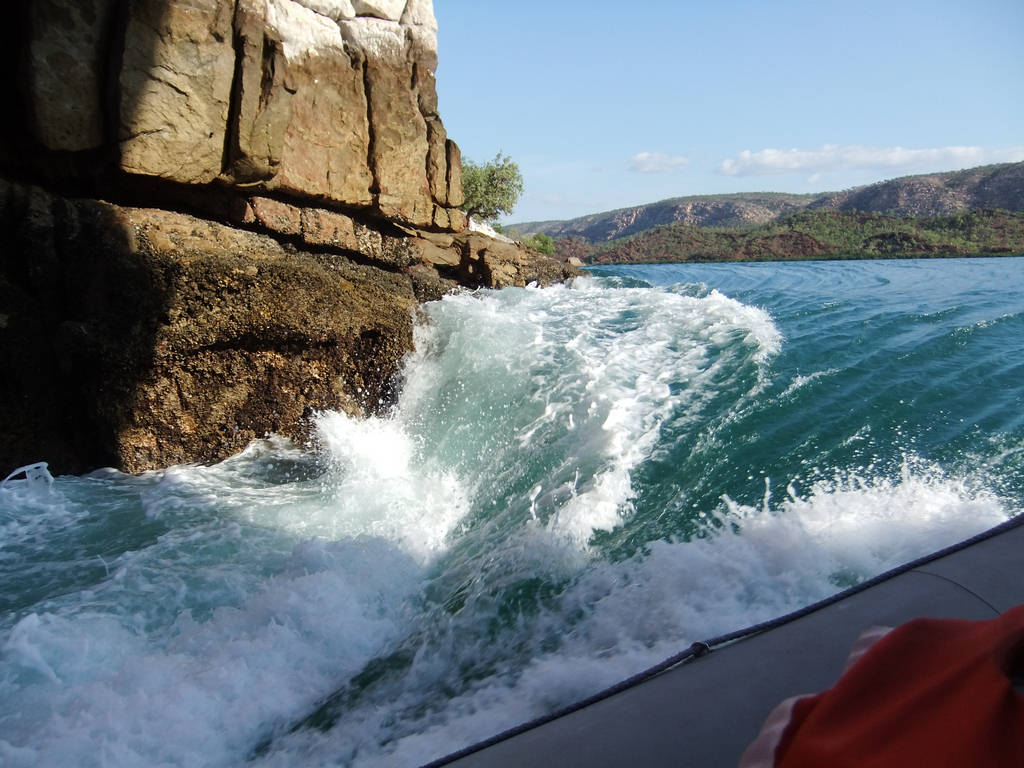 Above each of the gorges are natural reservoirs between 6–8 km (3.7–5.0 mi)-long, which fill and empty with seawater through the gorge openings. 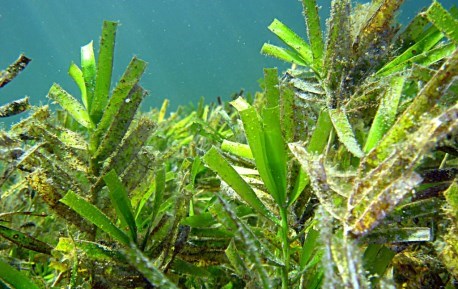 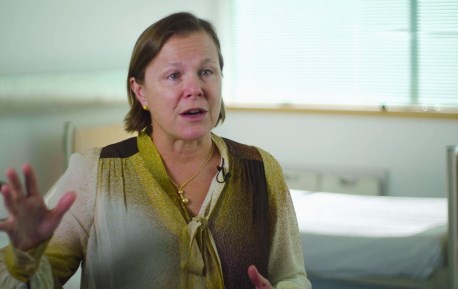 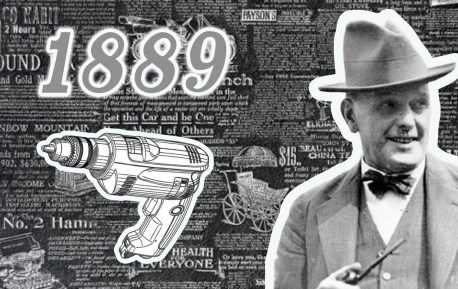 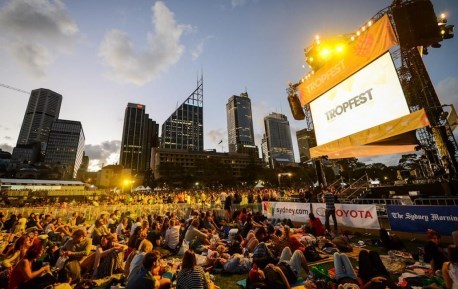 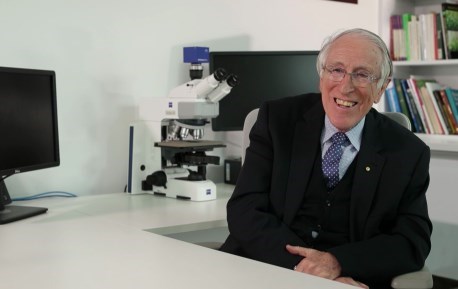 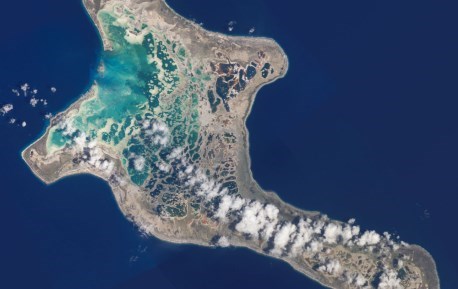